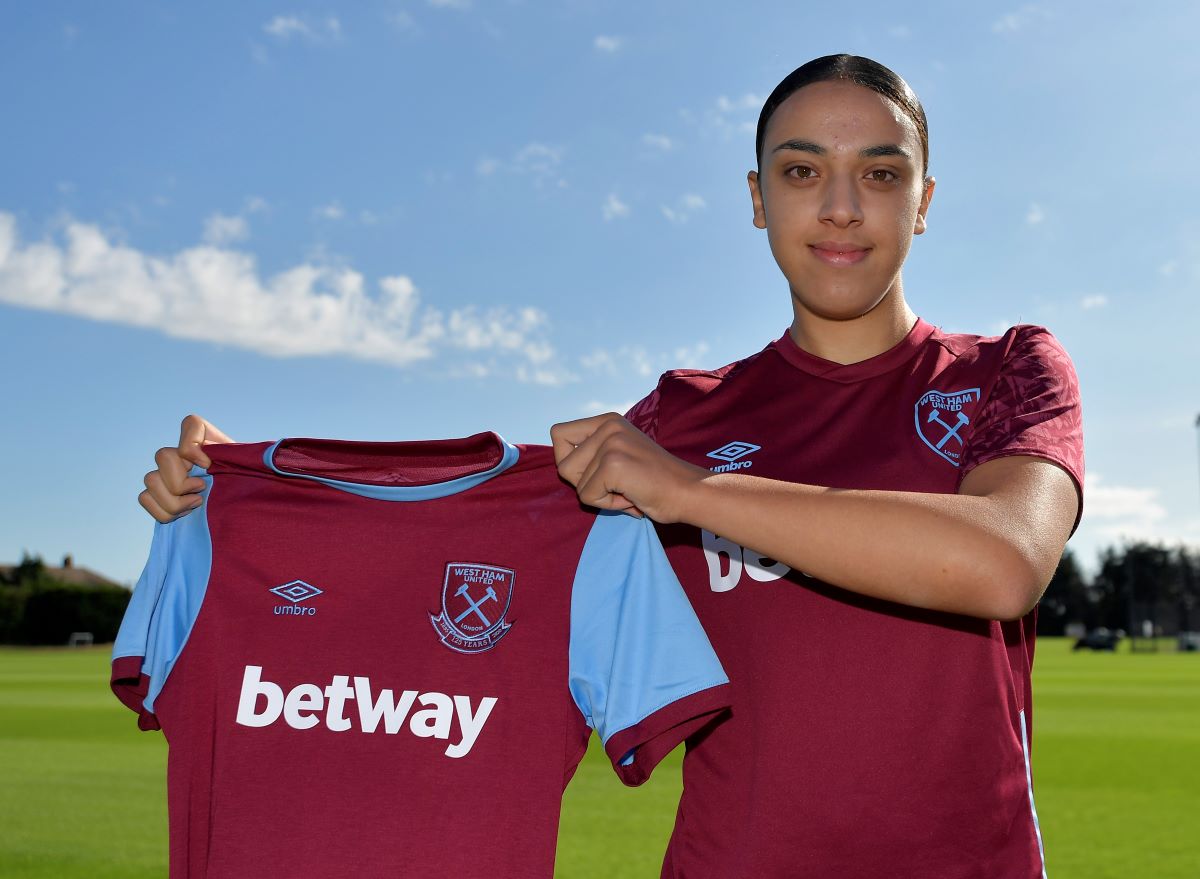 “This is a very big move for me,” Mustafa told whufc.com: “I am very honoured and proud to be representing West Ham, who are such a great club with a very big history.

“I’ve heard a lot about the fans too, and how amazing they are. I am here to enjoy my football, learn and give the fans something to cheer about.”

Head coach Matt Beard is excited by the potential Nor holds and is confident the youngster can develop into a highly talented attacker during her time in Claret and Blue.

Beard said: “I am very excited by Nor’s talent. We have to remember she’s a young player, but she is a real presence and has all the attributes to become a top, top player.

“For me, the big thing is she just wants to learn and get even better. She has a fantastic personality with the drive to improve.

“She will be a handful for any defenders in the Barclays FA Women’s Super League this season and, in Nor, we have an additional option up front to further improve our attacking line.”

A product of the Eskilstuna Academy, Mustafa had worked with and played alongside the first team in the Damallsvenskan over the past two seasons.

The forward has also represented the Swedish national team at youth level.

West Ham United women have released a limited-edition pink shirt to show their football club’s support for Breast Cancer Now. Matt Beard’s side warm-up in the specially-designed shirt in their match at London Stadium on […]

West Ham United have completed the transfer of former Australian U-17 attacker Jacynta Galabadaarachchi from Perth Glory. The 18-year-old told the Hammers’ website: “I have wanted to play in England since I was eight-years-old and, in […]

West Ham United will host Tottenham Hotspur in a first-ever Barclays FA Women’s Super League match to be held at London Stadium. The Hammers will take on Spurs on Sunday 29 September at 2.30pm, with […]