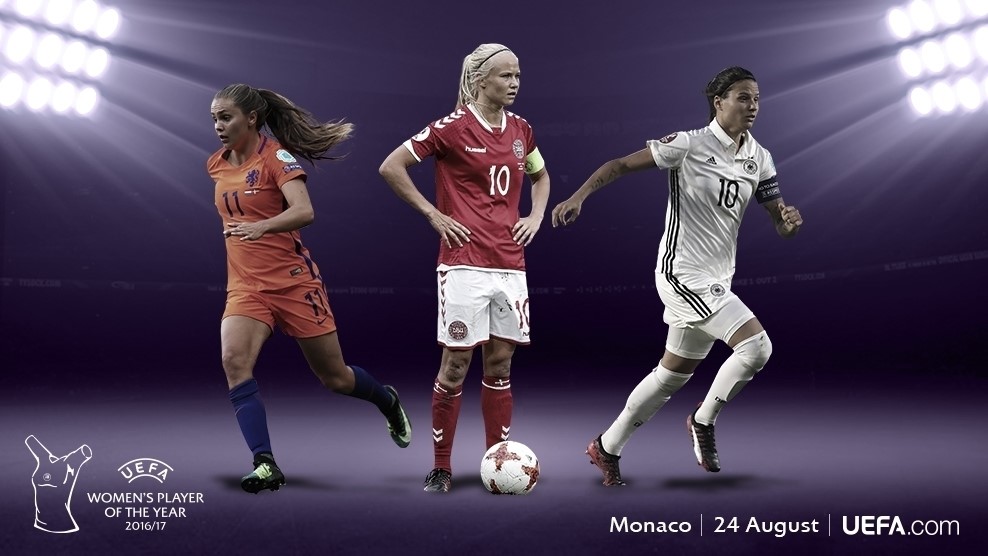 Pernille Harder (Denmark, Linköping and Wolfsburg), Dzsenifer Marozsán (Germany, Lyon) and Lieke Martens (Netherlands, Rosengård and Barcelona) are the three nominees for the UEFA Women’s Player of the Year award.

The award will be presented to the winner at the 2017/18 UEFA Champions League group stage draw ceremony, which will take place on Thursday 24 August in Monaco.

Twenty journalists specialising in women’s football and selected by the ESM group were also part of the jury.

The UEFA Women’s Player of the Year Award recognises the best players, irrespective of nationality, who played for a club within the territory of a UEFA member association during the past season.

Players are judged on their performances in all club and national team competitions – domestic, continental and international.

The final result was based on the total number of votes cast by the coaches and the journalists. The coaches were not allowed to vote for players from their own team.