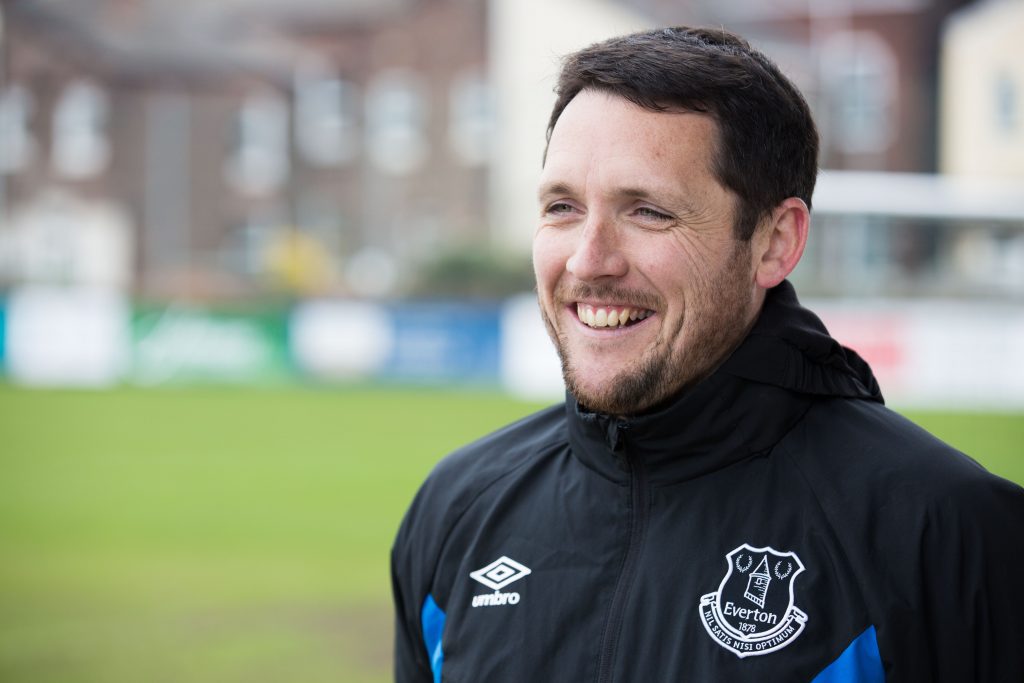 Everton manager Andy Spence will attempt to mastermind a way past Arsenal, to prevent the 14 time winners of the competition from reaching their 16th final, in one of the biggest games of Everton’s season on Sunday.

Roared on by an expected full house at Marine FC, Spence’s side will face off against the Gunners for a place in the SSE Women’s FA Cup final.

Spence led Everton to promotion from FA WSL 2 last season and the Toffees have enjoyed a solid return to the top flight.

Throw in a cup semi-final and you have the ingredients of an impressive campaign back at the top table, which could get even better come Sunday teatime.

The Toffees have lost one just of the last six, winning four of those, which fills Spence with confidence that his side are peaking at the right time going into the fixture.

“We felt like we’ve had a good league campaign and now in the cup, as well,” said the manager. “Down the years we’ve got to SSE Women’s FA Cup final stages on a fairly regular basis.

“That’s allowed us to draw from those past experiences for this preparation, but every cup run is different.

“And with our young group of players now, it’s felt as exciting as it’s ever felt. We’re in a moment where we’ve got better round by round – it’s thrown up different challenges and we’ve had to play some really good football, we’ve had to be resolute.

“All those components of a good cup run are starting to take shape. It’s coming together for us nicely for the game against Arsenal.

“Generally, you don’t get a boring game between Everton and Arsenal and I think that will be the case again on Sunday.”

The two clubs have history in the competition – Everton beat Arsenal in the final in 2010 before losing the showpiece to the Gunners four years later.

But while they were both at neutral venues being finals, this time the game will be at the partisan terraces of the Marine Travel Arena, home of Marine FC, nestled in the Crosby district of Merseyside.

And Spence added the atmosphere that fans can generate in the compact ground can be a significant 12th man for his side when they line up on Sunday.

That said, he is not underestimating the quality of the opposition, who have enjoyed a terrific run of form since Australian Joe Montemurro took over as head coach in November.

The Gunners won seven on the spin before last week’s draw with Chelsea and defeated much-fancied Manchester City in the Continental Tyres Cup final in March.

“It’s a fantastic arena,” said Spence. “It’s one of those grounds which when you turn up as an away team – you might arrive and think it’s a bit rough around the edges, but actually it’s a real asset for us.

“We get a great crowd here and it’s a super pitch that allows us to play the football we want to play.

“When we get a good crowd it almost feels like there’s 90,000 here and that creates a special atmosphere.

“Since Joe came in, it’s galvanised Arsenal – he is a winner and he’s brought that winning mentality to the group.

“Everyone goes on about Chelsea and Manchester City as being the top two, and rightly so, but for me in the second half of the season, Arsenal have been the best team we’ve played.

“It would be remiss of me not to mention the number of quality players they’ve got. I could go through the team and tell you their strengths.

“But they’ve got weaknesses as well and that’s what we’ll look towards.”

The meeting, which will be the two rivals’ fifth in a major domestic semi-final since 2014, will be shown live on BBC Two, with a 15:30 BST kick-off.

The two sides, who are both through to April’s European semi-finals, have each won the Women’s FA Cup once since 2015.