The latest issue of She Kicks – the magazine for women’s football – hit doormats and email inboxes at the start of December and #SK64 is packed with plenty of interviews and content from the women’s game in the UK and further afield.

Standout features include a seven-page ‘Coach Kicks’ interview with Manchester United’s Head Coach (and former England skipper) Casey Stoney, in which she reveals that she has started sitting on the drinks box as a way to, “try to stay out of the game a bit more, sit down a little bit more. Obviously with Covid, I can’t actually sit on the bench, because you need to be two metres apart, so the drinks box works for me. I can still be pitch side but I can sit down.”

Stoney also talks about how you learn many things in coach education and in terms of communication to, however dealing with the real-life human element of dealing with a group of individuals is something you need to discover yourself: “knowing people in your environment and how to manage them, I don’t think anyone teaches you.”

And she also laments something many managers will have learned and have to live with due to the peculiarly public nature of their role… “Nobody tells the plumber they’ve put the taps wrong, but everyone thinks they can be a better football manager.” 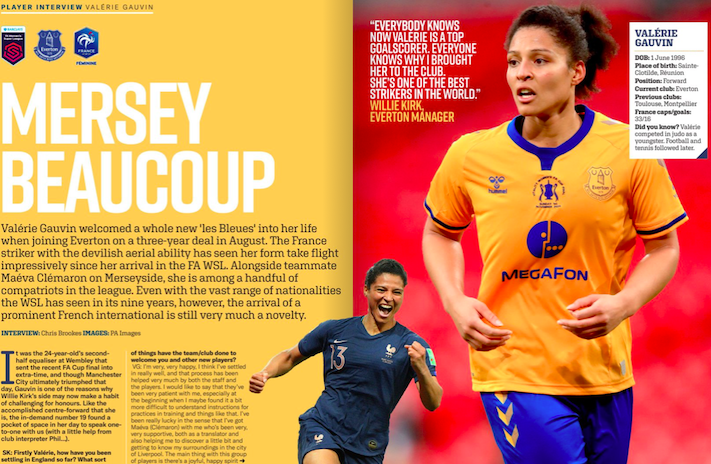 Other top names in #SK64 are Everton’s French star striker Valérie Gauvin and both England and Scotland captains Steph Houghton and Rachel Corsie, while we find out a little more about India’s first professional female footballer Bala Devi and quiz Germany and Chelsea goalkeeper Ann-Katrin Berger about her position.

Plus, 20 years on since Croydon beat Doncaster Belles in the FA Women’s Cup Final and five years since 1.FFC Frankfurt lifted the UEFA Women’s Champions League trophy, in the face of increasing investment from top European men’s sides, we investigate: Is there a future for independent clubs in the elite women’s game? 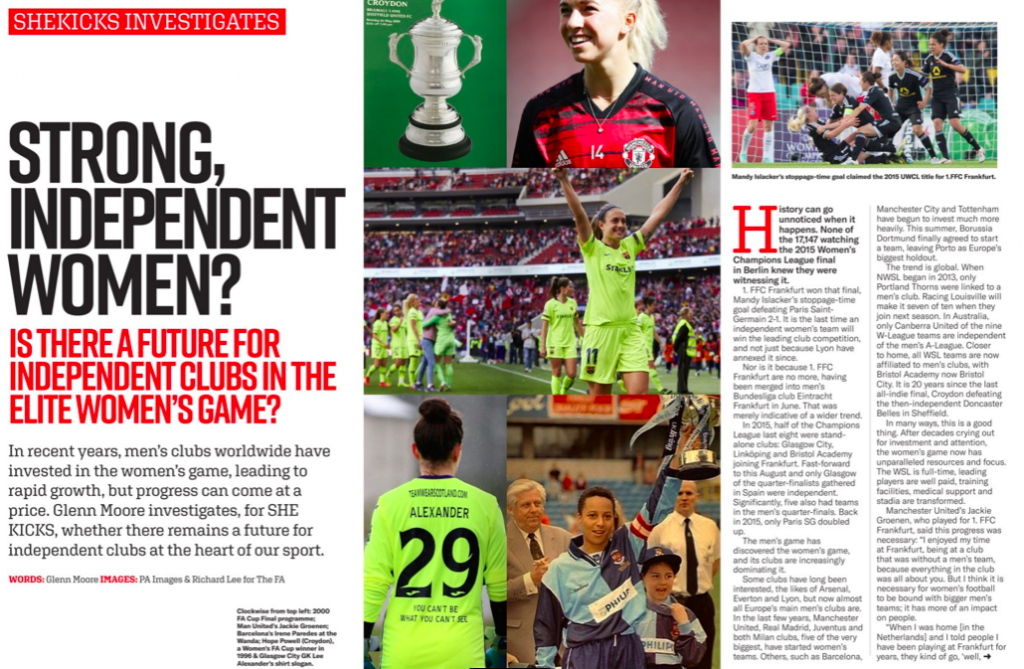 PLUS – She Kicks investigates : Can independent clubs still compete?

Click HERE (or on the cover image above) to buy your copy.

Casey Stoney is to be the head coach of NWSL expansion side San Diego after leaving Manchester United Women this summer. San Diego President Jill Ellis told sandiegonwsl.com: “Casey is one of the most decorated, […]

Casey Stoney has agreed a new contract with Manchester United Women in a move that sees her commit her future to the club until at least 2022. Stoney, who became the Head Coach of the […]

Manchester United have today announced the appointment of Casey Stoney as the Head Coach of the club’s new professional women’s team. A veteran of 130 appearances for England, Stoney retired from playing earlier this year and […]