A two-minute brace early in the second-half saw England Women beaten by the USA in their opening game of the SheBelieves Cup.

Phil Neville’s side opened their defence with an end-to-end first half in Orlando but were ultimately undone early in the second half as the Americans scored twice in quick succession.

Carly Telford had to rush out to smother the ball at Lindsey Horan’s feet before Alyssa Naeher saved from Ellen White but the best chance of the half fell to the Americans as Tobin Heath cut the ball across the penalty box to Carli Lloyd, who shot straight at Telford.

Nikita Parris then found herself in a brilliant position early in the second half but couldn’t get direct her effort on target.

And England were made to pay for it as Christen Press broke the deadlock in the 53rd minute with a spectacular long-range effort that sailed into the far corner.

Just over a minute later Neville’s side found themselves two behind as Lloyd showed all her experience in beating the offside trap and firing past Telford.

England are next in action on Sunday 8 March against Japan, who opened the tournament with a 3-1 loss to debutants Spain.

Alexia Putellas scored early on and although Mana Iwabuchi equalised in amazing fashion just before the break, substitute Lucia Garcia restored the advantage soon after the restart and then sealed the victory when again rounding the goalkeeper to score in the last dozen minutes. 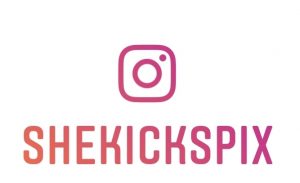 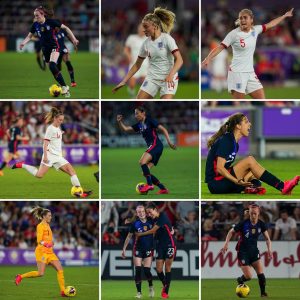 HANNAH HAMPTON is feeding off the encouragement and support of her more experienced goalkeeping team mates as she looks to secure a place in England’s squad for the 2022 Euros, reports TONY LEIGHTON. Aston Villa player […]

As Phil Neville named his latest England squad, Orlando Pride’s Chioma Ubogagu was undoubtedly the surprise selection. The Texas-raised forward was born in and lived in London for the first three years of her life, […]

#FIFAWWC2019: A little bit of Ellie, the 24th member of the England World Cup squad

Ellie Roebuck is not in Phil Neville’s 23-woman squad for the World Cup writes SUZY WRACK. “I set high standards. So, initially, to not be in the squad was disappointing,” says the 19-year-old goalkeeper, who […]