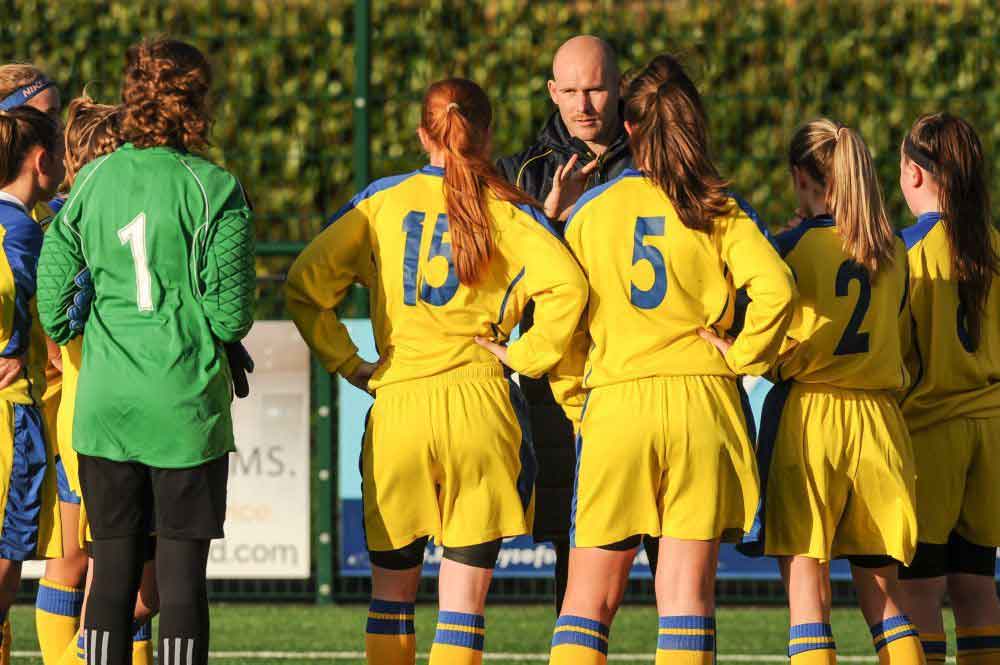 The ESFA highlighted the ’15 Benefits of Schools’ Football’ over the summer and in the lead up to the anticipated start of the 2020/21 season – potentially in November 2020.

The ESFA has been promoting what they consider to be the “15 Benefits of Schools’ Football” since 2018. Originally put together as a marketing tool to encourage even more schools to take part in National Cup competitions, the evidence that players, teachers, coaches, team managers and parents across England genuinely benefit from being involved in their own individual aspects of schools’ football has now led to the launch of a fully-fledged campaign based on the joy created by every-day schools’ football activity.

This new campaign sees a collection of videos, created from contributions from teachers, team managers and schools’ football players, released via the ESFA’s social media channels and on their YouTube channel. These videos give an insight into each of the “15 benefits” and how they have directly impacted the life of each contributor; from helping teachers to form stronger bonds with pupils, to enabling school pupils to deal with stress and anxiety, and helping children feel like they “belong” by encouraging and enabling them to be a part of a team.

Benefit ‘12’ of the campaign highlights how schools’ football can help to reduce stress and anxiety, which given the prevalence of the discussion around mental health, particularly within schools and sport, lent itself to becoming a real focal point of the campaign. 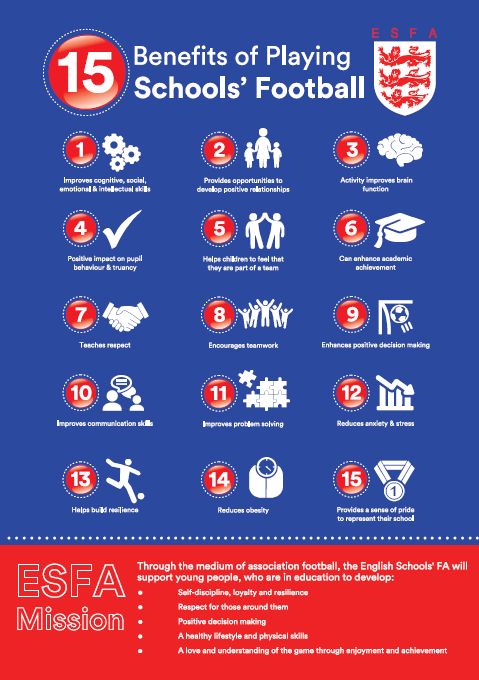 Fronted by England U18 Schoolboys player, Taylor Haddow, the young international came forward to share with the ESFA his own struggles with stress and anxiety and how he was inspired by his PE teachers to continue to play schools’ football. Taylor’s perseverance with this, despite the challenges he was facing, led to him being selected to play for his County team, to be nominated to trial for the England Schoolboys’ international squad and to be selected in January 2020 to represent his country in the 2019/20 season. Taylor urges other young players who may be struggling with similar issues not to “quit the sport they fell in love with”, but instead to use football as an “escape” and not a “stress”. Taylor describes making that choice as “a positive and healthy way of helping with anxieties, feelings and more.”

Following on from Taylor’s initial video explaining how schools’ football helped him, University Campus of Football Business (UCFB) Sport Co-ordinator and Student Services member, Jay Welsh interviewed him separately about his journey through football and how far he has come, despite struggling with anxiety. The refreshing interview has been shared on the ESFA’s YouTube channel and will also be promoted via the ESFA social media channels on Tuesday 25 August, in a post highlighting the importance of talking about mental health. You can link directly to the video of Taylor and Jay here.

ESFA CEO, Andrea Chilton said: “We are delighted to have received such positive feedback from those that schools’ football is created for. Their feedback absolutely validates the benefits which underpin ESFA activities and the thoughts and feedback of individuals is truly inspirational. The ESFA is committed to consistently develop, govern and showcase the sport of football in schools and feedback like this provides us with both the means and the inspiration to do so. We believe that the “15 Benefits” campaign is a fantastic way to keep the spirit of schools’ football alive, despite the difficult times currently being faced by schools, sport and the country as a whole. We are hopeful that this campaign will allow us to keep the excitement of playing schools’ football fresh in the minds of participants as we head toward the 2020/21 season.”

ESFA final trials for Girls’ U-15 squad this weekend

The ESFA will end their search for this season’s most talented Schools’ Footballers to represent their country in the 2018-2019 Schools’ Football season this weekend in Stafford. Trials for the ESFA U-15 England Schoolgirls’ squad […]

The ESFA’s Schools’ Football Week is taking place from 3 – 7 February and has encouraged playing opportunities for over 22,500 pupils across 300 venues. The English Schools FA expect more than 2,704 teams (boys, […]