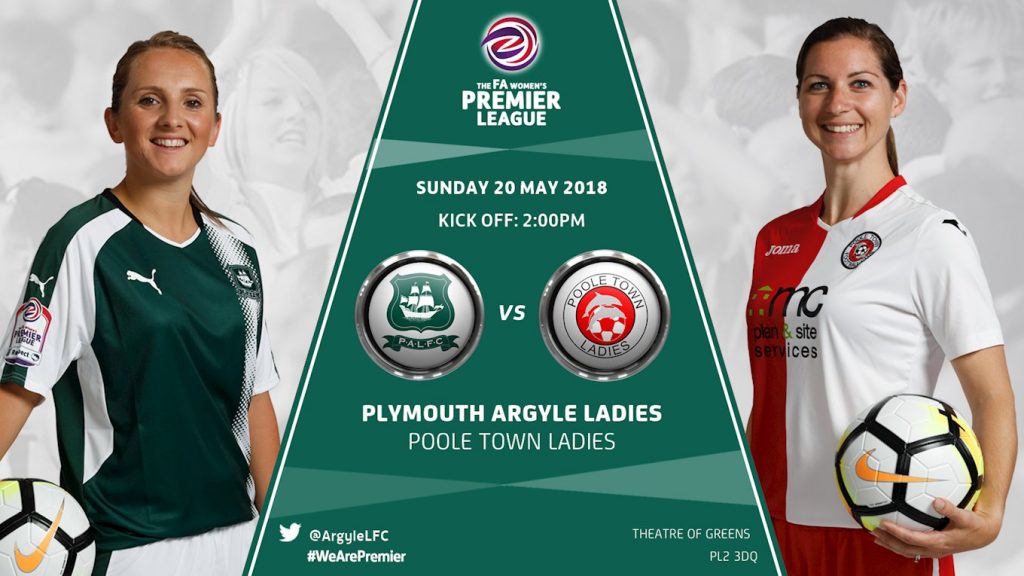 Plymouth Argyle are poised to win the FA Women’s Premier League South West Division 1 and be crowned champions at Home Park, where they host Poole Town this Sunday.

The Pilgrims remain unbeaten this season and two wins from their last three games should be enough to move out of reach of title rivals Southampton WFC, as Argyle have a significantly better goal-difference.

Poole Town made Plymouth work very hard for a 3-2 away win earlier in the campaign and it could be a tired home side they take on.

Argyle play Cheltenham Town tonight and Maidenhead United on Friday, meaning they will have had four games in just eight days.

Sunday’s game at Plymouth Argyle FC kicks off at 2pm and admission is free.

#FAWPL : MK Dons and Plymouth Argyle on course for promotion