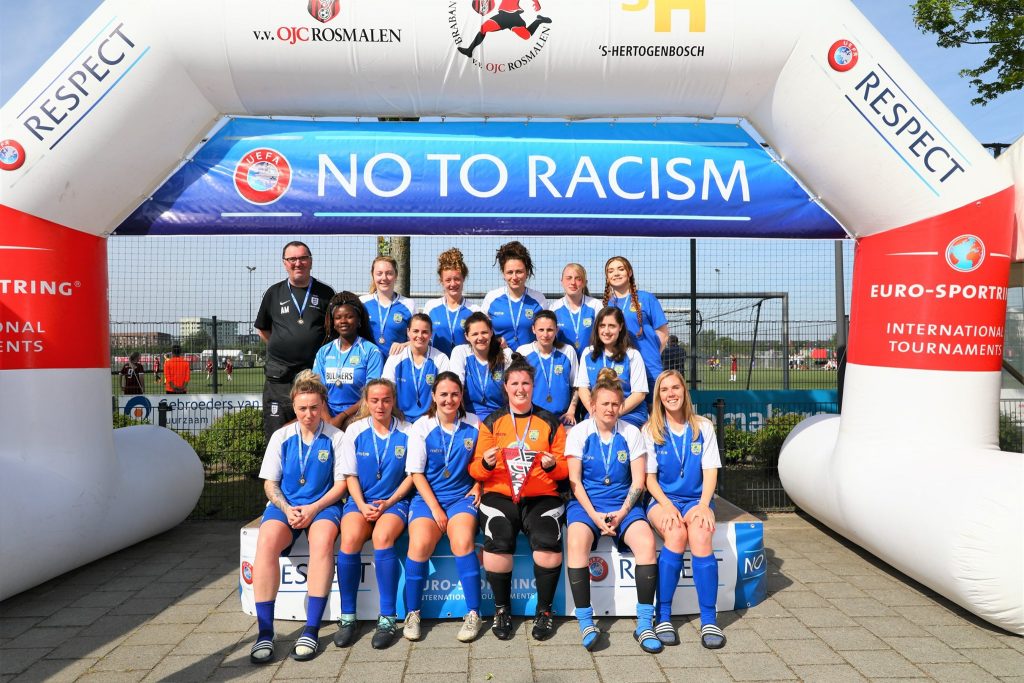 Bexley-based Parkwood Ladies returned from the Netherlands as runners-up of the Brabant Girls Cup.

Parkwood were the only English representatives and were joined at the large tournament by teams from France, Denmark, Switzerland, Belgium, Sweden and the Netherlands for the two-day event, which was played in increasing heat.

The competition began with a parade and opening ceremony, which included the playing of the national anthems of the countries represented and a dance display.

The following day the games started, with Parkwood making their way through to the semi-finals.

Parkwood’s Andrew Morton said: ‘The final was played in the impressive OJC Romalen Stadium in front of 300 plus supporters, made up of the players and officials of the clubs in the tournament from all age groups.

‘We lost the game 1-0 to a very good French side, however we feel we did ourselves proud and gave it everything we could.

‘The tour was a success both on and off the pitch and we have been invited back next year.’

The final standings in the tournament for its tenth Anniversary were:

Winter was very much the winner across the country but among the few games played, Harrogate Town went top of their division and Parkwood Rangers reached a cup semi-final. LONDON & SOUTH EAST – Parkwood […]