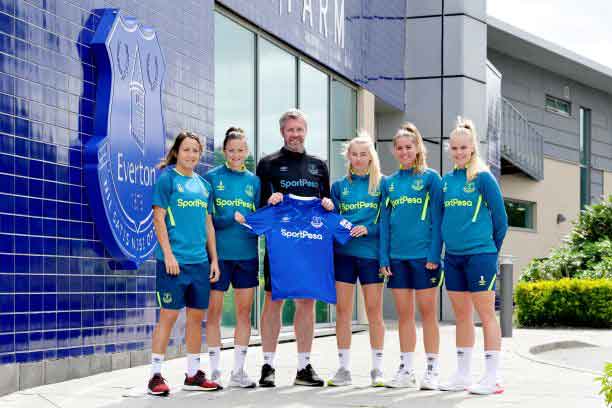 The change takes place as Willie Kirk’s team prepare for the new Barclays FA WSL campaign, which gets underway this weekend. Wherever possible, the women’s team will be known simply as Everton. For formal purposes, Everton Women will be used primarily to avoid any confusion with the men’s team if videos and images don’t make it clear.

“The identity change is an important and progressive step and part of our desire to bring our men’s and women’s teams closer in identity and location. It is a clear symbol of togetherness and unity and part of our ‘one club’ vision.

“Willie Kirk is in charge of the squad during an exciting period with quality additions made this summer, a new home a stone’s throw away from Goodison Park at Walton Hall Park on the horizon, with extra focus on the women’s game and new commercial opportunities ahead – highlighted by our recent ‘women’s exclusive’ deal with feminine hygiene brand Lil-Lets.”

Everton head into the first FA WSL match of the season this weekend at Birmingham City Women in buoyant mood after winning six of their seven pre-season fixtures.

Grace Clinton has signed her first professional contract with Everton FC Women, which keeps her at the club until the end of June 2023. The midfielder, who turned 18 last Wednesday, has enjoyed a breakthrough […]

Izzy Christiansen has committed her future to Everton Women, signing a new two-and-a-half-year contract until the end of June 2023. England international Christiansen (29) has hit four goals in 12 WSL appearances for the Blues this term […]