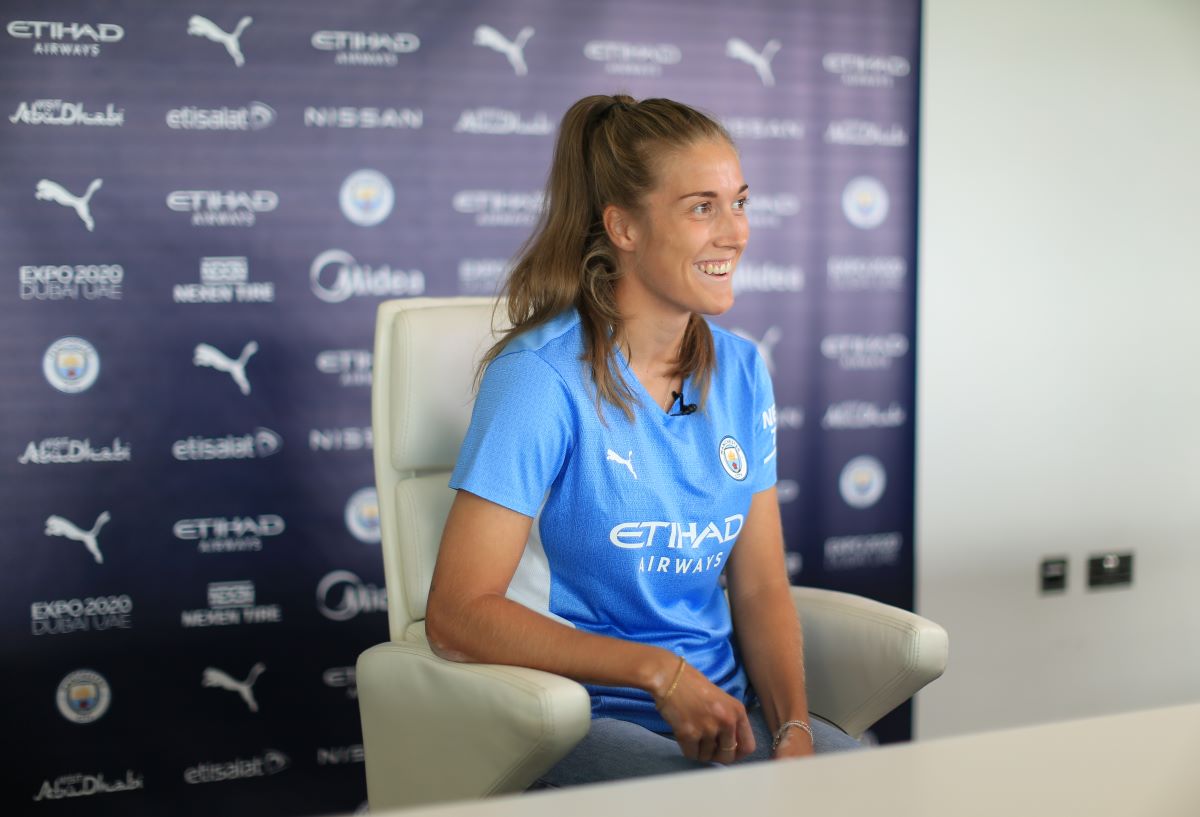 Manchester City Women have signed Swedish international midfielder Filippa Angeldahl on a two-year deal, with an option of a further year.

The 24-year-old played in all six matches for silver medallists Sweden at the Tokyo Olympics and makes her first club move outside her country from BK Häcken (formerly Göteborg FC).

She scored twice in midweek to help Häcken to a 3-1 victory at Norway’s Vålerenga in the UEFA Women’s Champions League Round 2 1st leg tie.

Angeldahl told mancity.com: “I am very excited to join Manchester City. It’s a huge club and I can’t wait to start working with the team.

“For me, I feel like now is the right moment to take the next step in my career and I feel like City are the best choice for me to do that.

“As a player, I always want to win and that is why I chose this club as they match my ambitions.”

Head Coach Gareth Taylor added: “We’re delighted to have added Filippa to our squad ahead of the start of the new league campaign – she is a talented player and will fit into our style of play well.

“We were impressed by her when she played against us in the Champions League last season and we’re now excited to work with her over the next few years.”

Manchester City have confirmed the termination of the contract of experienced Danish international Nadia Nadim. The club say they terminated the contract of the 30-year-old, following discussions with relevant stakeholders and that as of 1 January […]

Manchester City’s Tessa Wullaert is the subject of Josh Bunting’s fourth catch-up with Barclays FA Women’s Super League players during the lockdown. Wullaert (27), who is closing in on 100 caps and 50 goals for […]