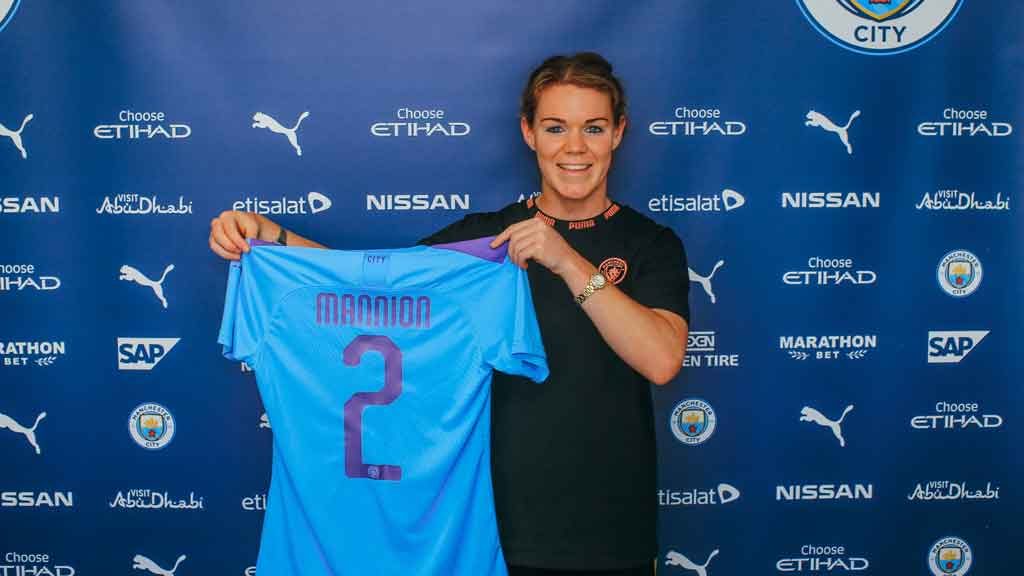 Mannion was the Blues’ Player of the Season in 2018-19 and made the PFA’s FA WSL Team of the Year.

Commenting on her move to Manchester City, Mannion said:

“I’m so happy to be here, so happy to sign for this club and I just can’t wait to get started. The appeal of this club speaks for itself, it’s a club that’s been really successful, probably consistently the most successful out of all the WSL clubs, so I want to add to that. I want to bring something a little bit different, I want to bring my own personality. [My targets are] to win, win a lot, win everything, don’t lose and if you do lose, learn from it quickly.

“[The Manchester Derby] is going to be so exciting, it’s going to be so immense…I’m so excited, especially with it being in the Etihad Stadium and I think we need to prepare really well in pre-season so that we can deliver the supporters the result that they want, which is a win to kick off the season.”

“Aoife was someone we knew was a very high-quality player and we tracked over the last season and we knew that she would fit not only into what we want as a player, but also as a person.”

“I think her development over the past three seasons at Birmingham has been incredible. She’s become a real dominant defender and such a good player in the Women’s Super League and she’s still very young and can become even better. To add her to our squad for next season is a real asset for us and we want to play a big part in helping Aoife to become an even better player.”

Manchester City go into next weekend’s UEFA Women’s Champions League semi-final 2nd leg all square, after a goalless draw with the holders at the Academy Stadium. The hosts were grateful for interceptions by Demi Stokes […]