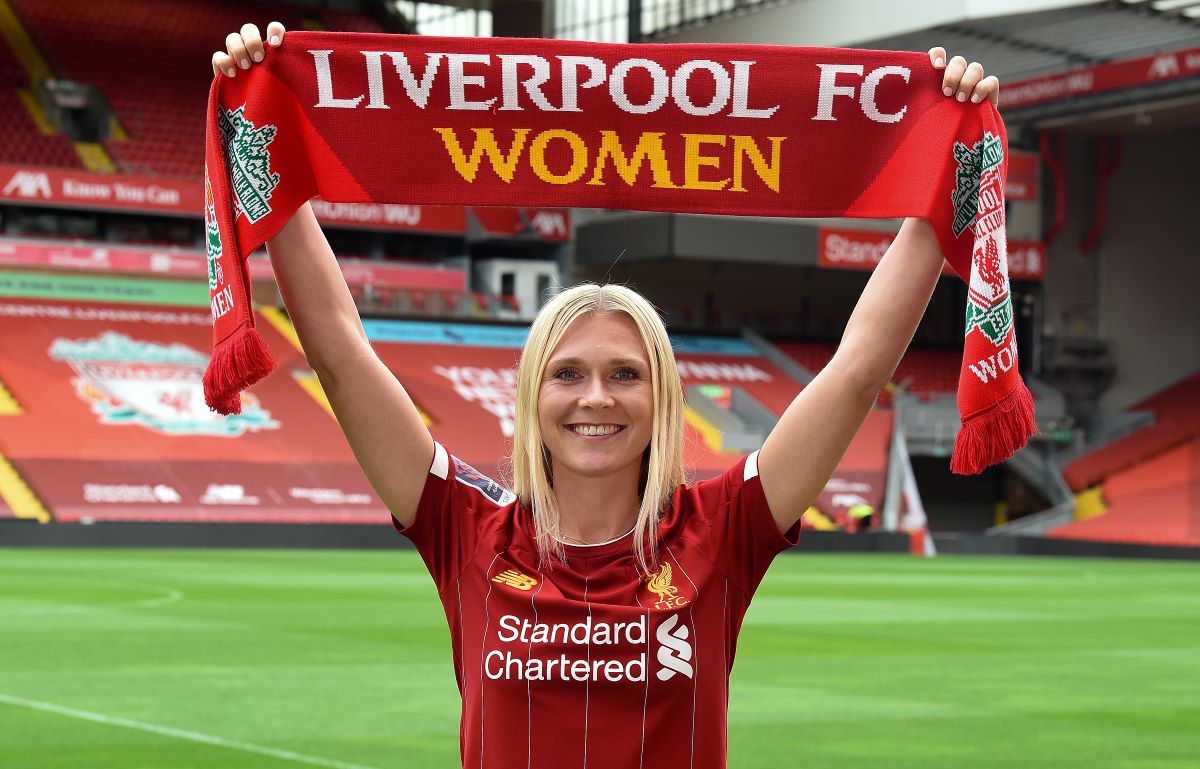 Liverpool FC Women have completed the signing of striker Amalie Thestrup, the 25-year-old Danish international joins the Reds from Roma.

Thestrup had previously finished as one of the top scorers in the Danish league in her two seasons with Ballerup-Skovlunde Fodbold, while also collecting two league titles in three years at Brondby.

She said: “It’s always been a dream of mine to go to the UK to play as it’s a really exciting development going on with women’s football and when Liverpool became a possibility for me there was no doubt in my mind this was where I wanted to go to take the next step in my career.”

Reds manager Vicky Jepson is delighted to secure the services of a player who scored 32 goals in 48 games during her time in Denmark.

She said: “Welcome to the Reds to our new number nine!

“Amalie has an impressive record as one of the top goalscorers in Denmark in 2018/19 and is joining us from Roma. She’s a Danish international with youth on her side, just turning 25 in March.

“I’m delighted to welcome Amalie to the squad, she’s already fitted in well with the team and trained well, with outstanding results on the fitness tests.”

Welsh international Rhiannon Roberts was a regular in the middle of the park for Liverpool FC Women last season and has now committed her future to the club by agreeing an extended deal. The 29-year-old […]

Liverpool FC Women have completed the signing of goalkeeper Rylee Foster, who joins the Reds after finishing at West Virginia University. The 21-year-old, who has appeared for Canada U-20s, spent four yeara with the Mountaineers, […]

Neil Redfearn has left his role as head coach of Liverpool FC Women, having resigned with immediate effect. He only had two competitive games in charge, a Conti Cup defeat to Manchester United and a […]