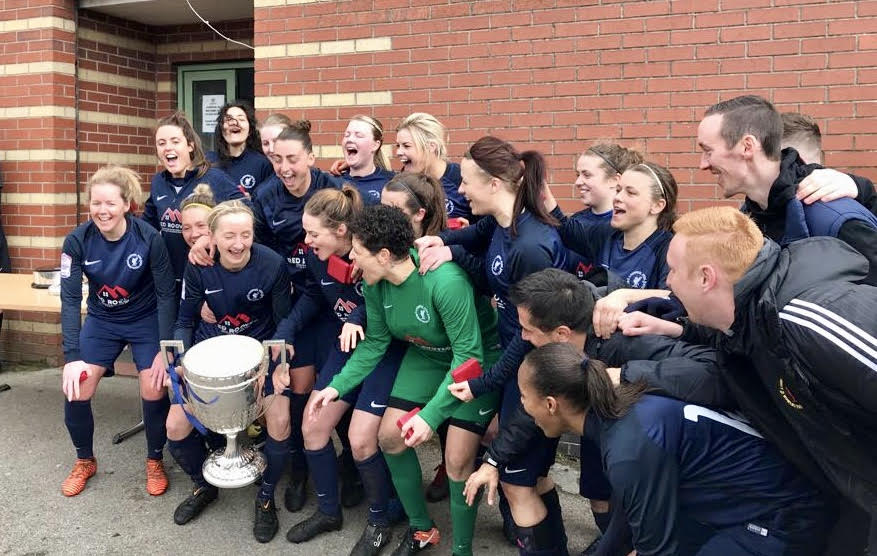 Laura Bartup came close with several chances for the Feds but it was the 83rd minute when captain Chantelle Thompson was fouled in the box and Sasha Rowe put away the penalty.

The well-contested game between the FAWPL Northern Division 1 sides was watched by 300 spectators at Walton Hall Park, and lived up to its derby day feeling with six bookings all together.

It was the first time in the Feds’ 25-year history that they won the trophy, having failed in four previous attempts; twice against Everton and twice against Mossley Hill.

Liverpool Feds were last night 4-1 winners over Merseyrail in the final of the Liverpool County FA Women’s Senior Cup. The FAWNL side took the lead against their North West League opponents on 15 minutes, […]

Liverpool Feds have signed defender Chloe Powell from Blackburn Rovers. The Feds say that Powell worked under their manager Fran Alonso at Everton Ladies last season and has been training with the team for the last two months. […]