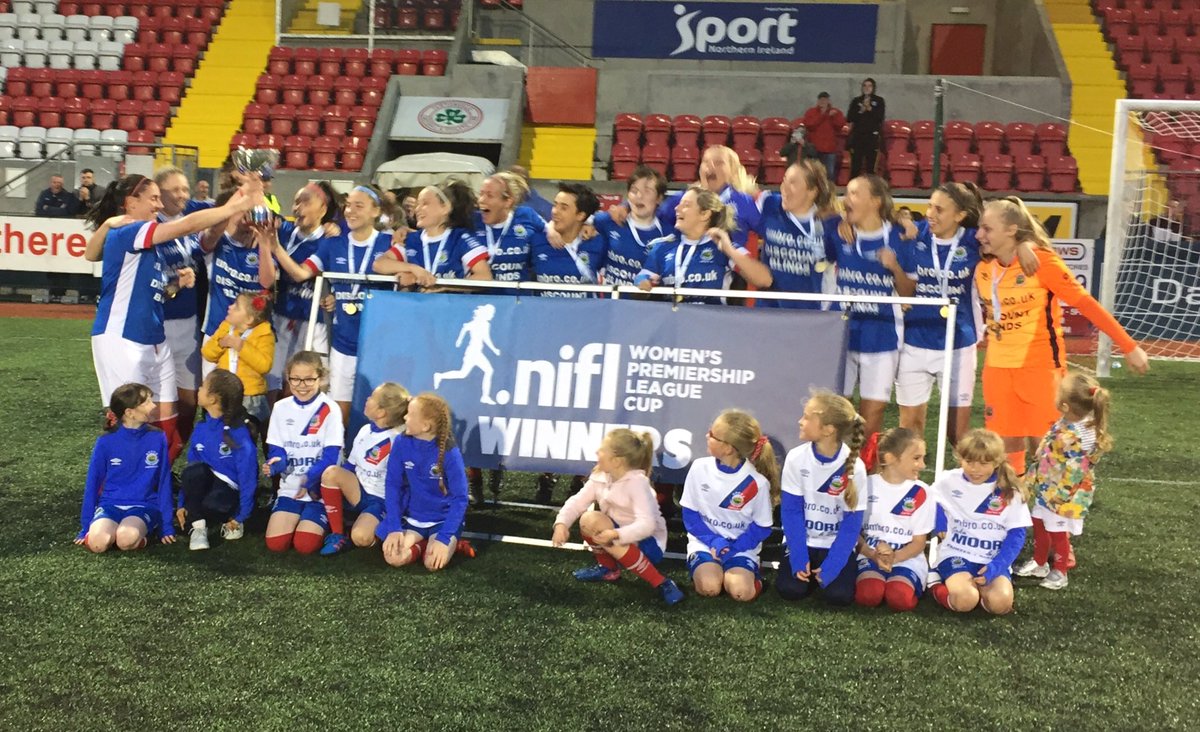 The top two in the Danske Bank NIFL Premiership clashed in the league cup final at Solitude on Wednesday night, with Linfield running out 6-3 winners over Newry City.

The goal-fest began with Linfield’s Kirsty McGuiness netting two times in as many minutes.

Her 7th-minute free-kick was hit home low and hard and then she cut inside to find the top corner and make it 2-0.

That advantage was cancelled out within 6 minutes, Rayza De Souza burying a 25-yard drive and then doubling her tally with a half-volley.

However, Linfield did regain the lead by the break, McGuinness again involved as she set up Amber Dempster to fire low into the net.

The two-goal cushion was reasserted inside the last 20 minutes, McGuiness’s hat-trick completed as her shot slipped through the hands of Dhebora Barbosa.

Alison Smyth came off the bench to head home the fifth, before Dempster made it 6-2 after combining well with Kelsie Burrows.

Although the cup was Linfield’s, City ended the final in style with a Grace Murray 30-yard free-kick sailing in.

Linfield regained the NIFL Danske Bank Women’s Premiership pole position with a 6-3 success at Cliftonville on Wednesday. Hannah Grieve gave Cliftonville the lead but Linfield were 2-1 after 15 minutes, as Kirsty McGuinness profited […]

Linfield moved six points clear in the NIFL Danske Bank Women’s Premiership, with a 2-0 win at third-placed Crusaders Strikers on Sunday 22 July. Strikers would have gone second with a victory at Seaview but […]