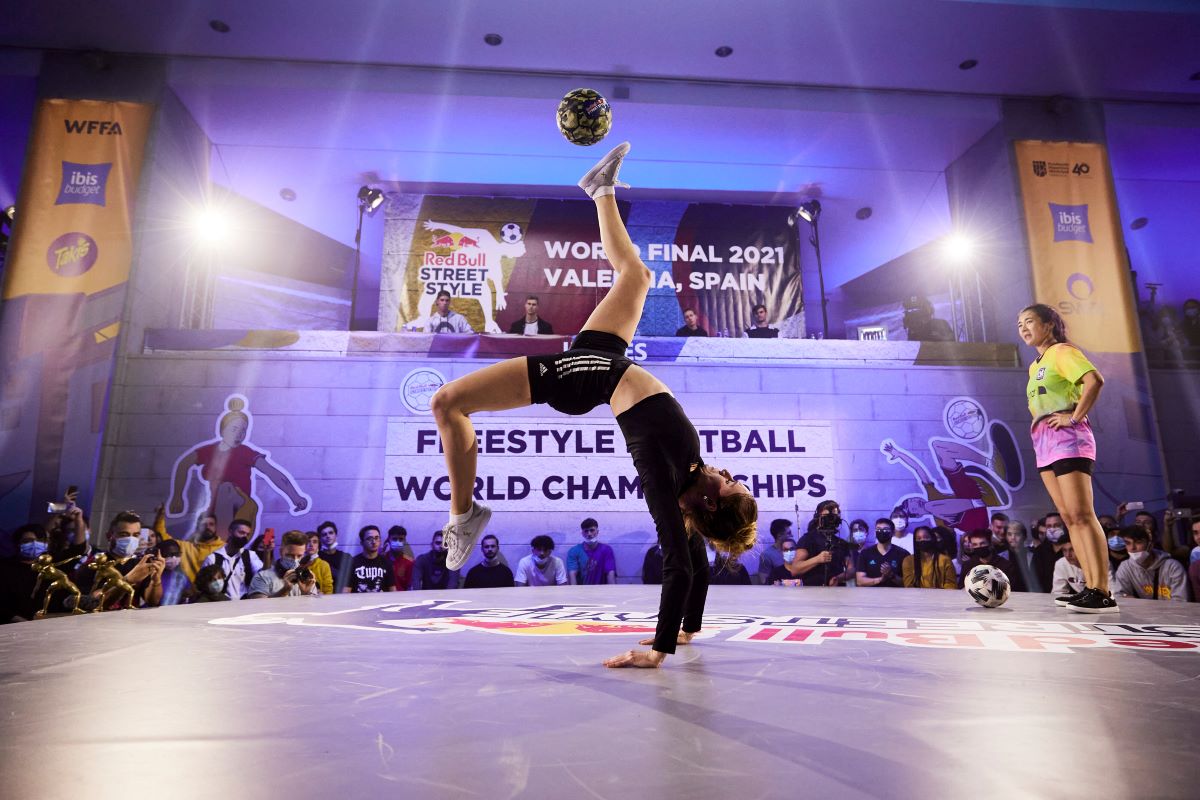 Freestyle football fans were thrilled in Valencia, Spain, as the world’s 16 best male and eight best female freestylers put on a dazzling display of style and skill at the 2021 Red Bull Street Style World Finals.

Lia Lewis overcame the USA’s Caitlyn Schrepfer in the semis before beating one of the pre-tournament favourites, Aguska Mnich, in the final at Valencia, Spain.

Speaking of her win, Lewis said; “This is literally the best moment of my life, I can’t explain how it feels. I am still shaking and it hasn’t really sunk in. Aguska is an incredible freestyler – in my opinion she is the best in the world at what she does – so to beat her in the Final is a very special feeling.”

In the third place play-offs Caitlyn defeated defending champion Melody Donchet to claim the final place on the women’s podium.