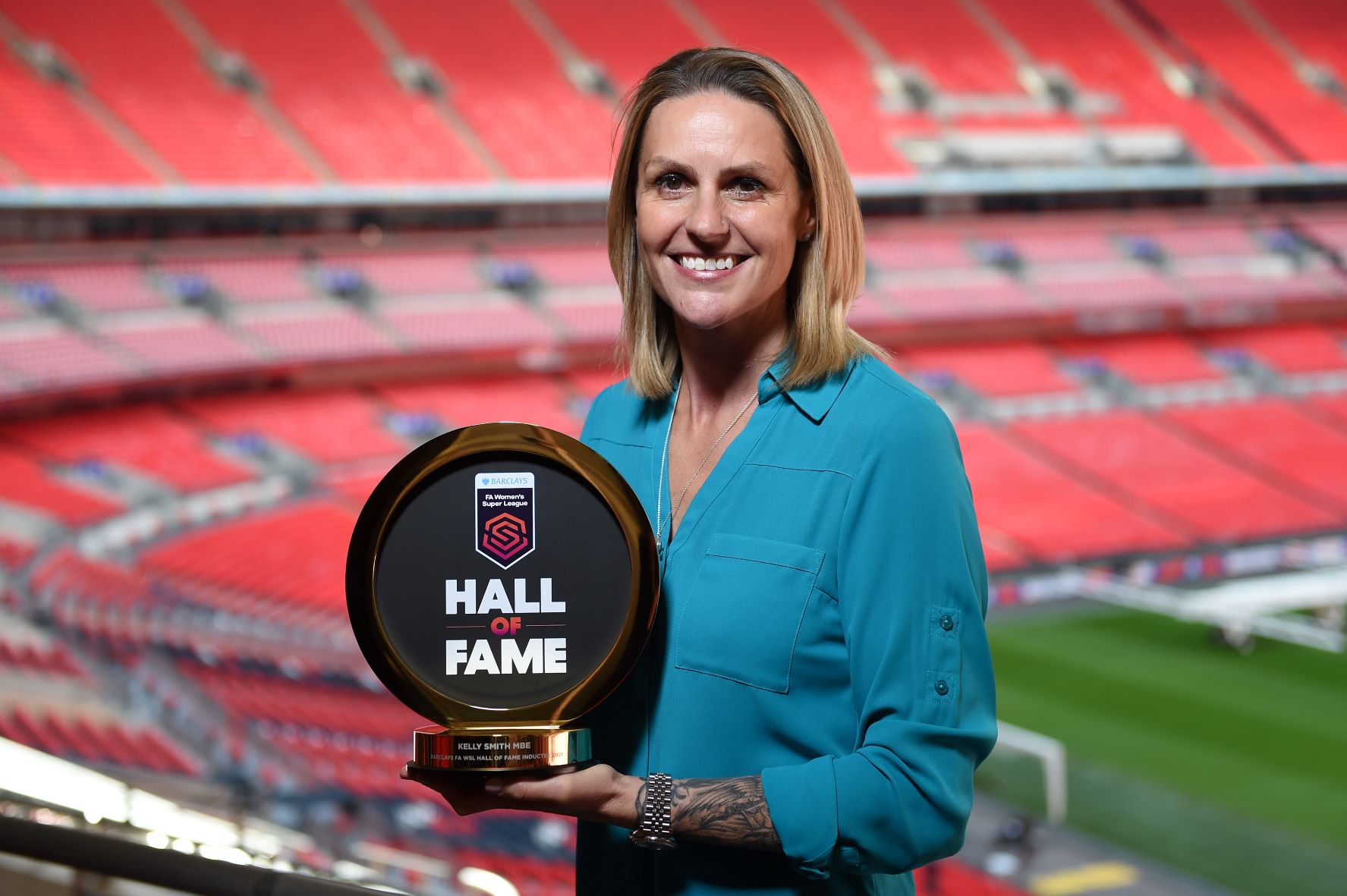 Kelly Smith has been unveiled as the third inductee in the new Barclays FA WSL Hall of Fame, which was announced yesterday.

Smith has been a face of the women’s game for over a decade and has often been regarded by some as the country’s greatest player.

Her return to the FA Women’s Super League in 2012 after a spell playing in America, alongside Alex Scott, received huge attention and was seen as a landmark moment for the league to have attracted one of the game’s biggest stars back to England.

Starring largely in the No.10 role for club and country, Smith helped her club Arsenal to a league title in 2012, while also playing a starring role in Women’s FA Cup victories in 2014 and 2016 – the latter year her final as a player.

Despite terrible luck with injuries, Smith’s career lasted for over 20 years and as well as winning the UEFA Women’s Cup in the pre BFAWSL era, she, for the time being, is England’s record goalscorer.

One of the most outstanding strikers in the women’s game 💥@kelly_smith10 is inducted to the #BarclaysFAWSL Hall of Fame 🙌 pic.twitter.com/Wy7Mn8j4Jn

“There are few words that I can use to describe what she was able to do on the pitch. She was a magician, she made things look so effortless and she just glided across the field with ease.

“Kelly’s profile and respect from different parts of the world has been a huge asset in promoting the women’s game here. I am delighted that we are able to induct her into the Barclays FA Women’s Super League Hall of Fame.”

The newly launched Barclays FA Women’s Super League Hall of Fame has Rachel Yankey as its second inductee of 2021. Yankey is one of the country’s most decorated players having won every competition available with […]

Kelly Smith And Rachel Yankey On Hall Of Fame

Ex-England and Arsenal veterans, Kelly Smith and Rachel Yankey, have been inducted into the National Football Museum’s Hall of Fame. The former Arsenal pair, who have amassed almost 250 England caps between them, were both […]