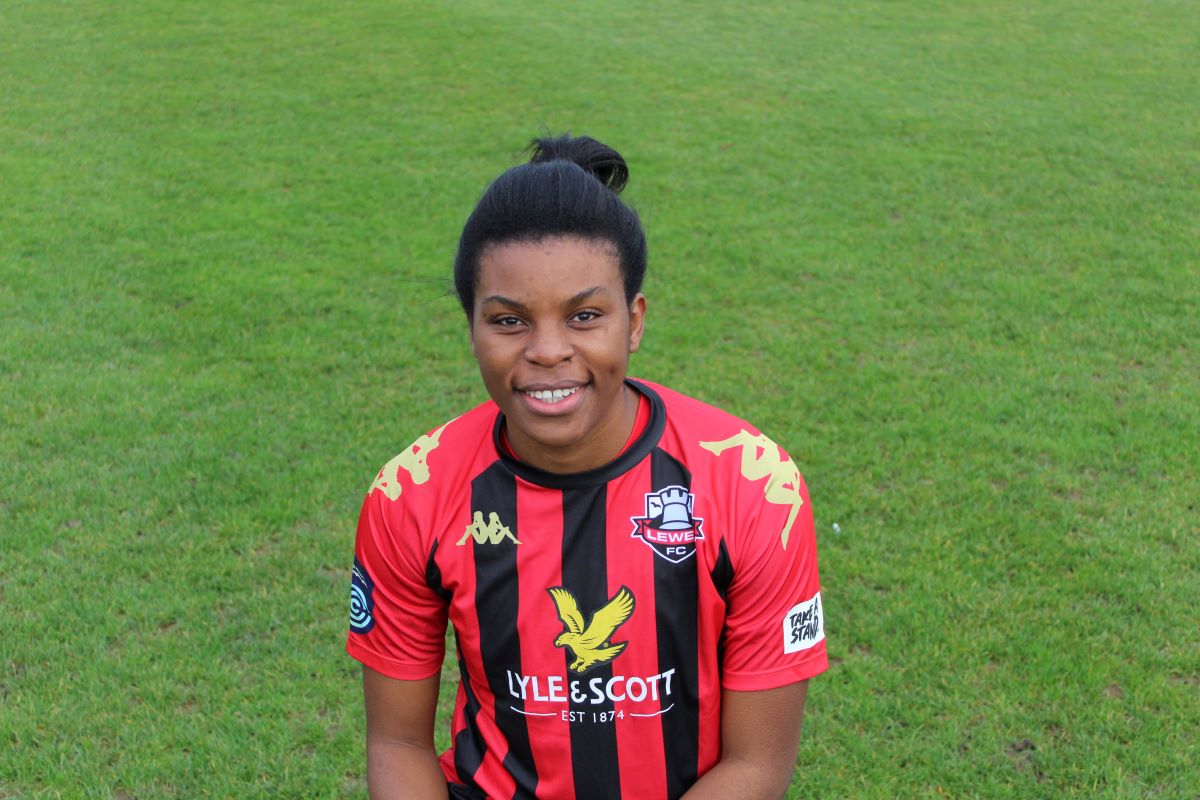 Umotong, who played 13 games in the Damallsvenskan and scored twice, signed after Lewes FC announced their groundbreaking six-figure partnership with fashion brand Lyle & Scott in December.

Lewes FC manager Maggie Murphy states: “We’re delighted to bring on board a player of Ini’s calibre and experience, who understands the club’s ambition and trajectory and wants to be part of our story. She’s the first signing we’ve made on the back of the recent Lyle & Scott investment, and will really help take us to the next level.”

Umotong had been top scorer of the season at Portsmouth, before joining Oxford United in WSL2 to also lead their goal-scoring charts at the first attempt, then doing likewise at Brighton & Hove Albion.

On the international stage, she scored her first goal for the Super Falcons in January 2019.

Lewes have signed Welsh Youth International Ellie Leek, who was most recently at fellow FA Women’s Championship side Charlton Athletic. The 24-year-old had made her move to the FA WC from French club Le Havre, […]

Emma Jones has made the move to Lewes from Cardiff City Ladies, for whom she scored nine times in as many starts in the second half of last season’s FAWNL campaign. The 24-year-old has also […]