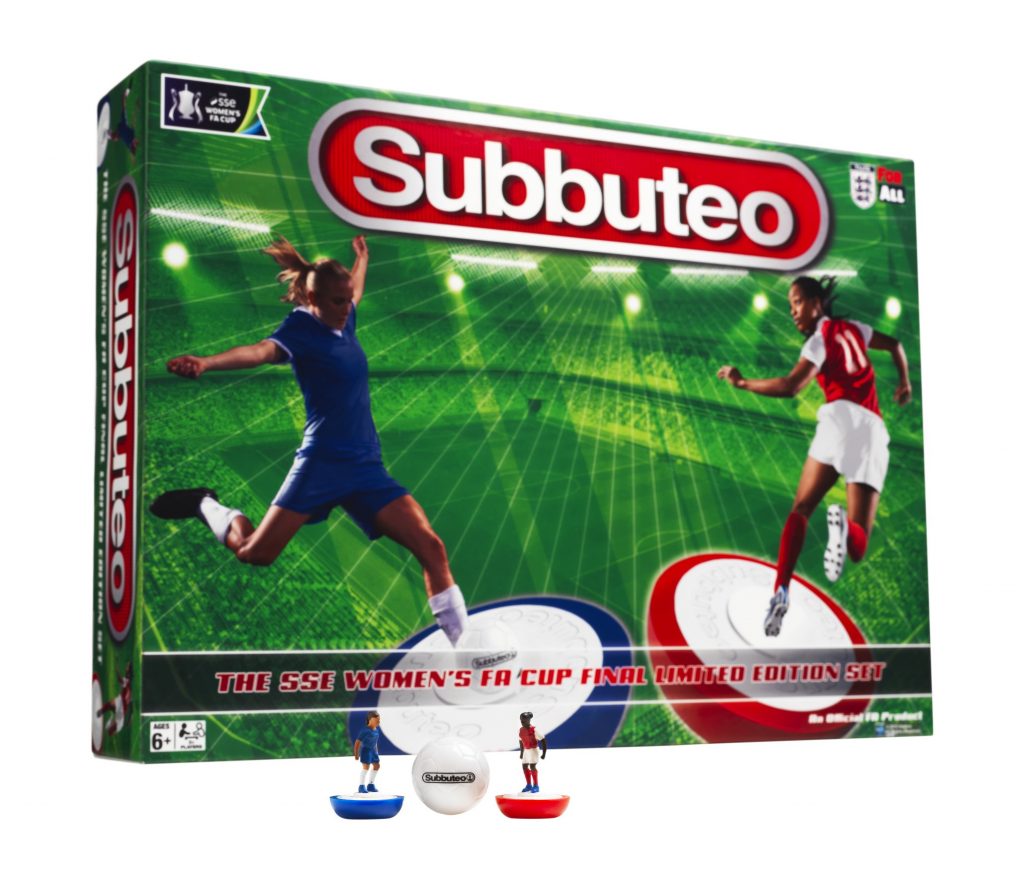 The FA and Subbuteo have launched the world’s first all-female football set to celebrate the 2018 SSE Women’s FA Cup Final. The two teams will be in the colours of the finalists.

The limited edition set of the iconic table football game was created by The FA under license from Hasbro. The launch represents a landmark moment in the long history of Subbuteo and supports The FA’s objective to tackle barriers within the women’s game.

The set includes 22 outfield players and six substitutes, each carefully hand moulded and painted with their own unique characteristics and detailing. The classic Subbuteo box has also received a new design, placing female footballers front and centre. 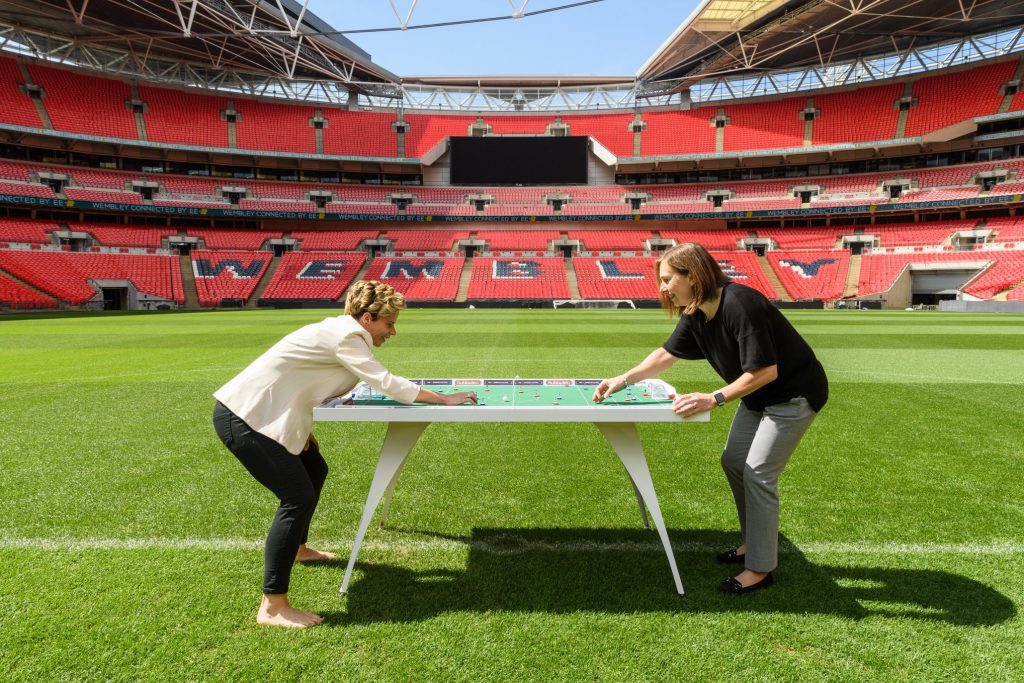 Former Lioness and women’s football expert Sue Smith, unveiled the all new look Subbuteo set today, ahead of The SSE Women’s FA Cup Final on Saturday 5 May, where Arsenal and Chelsea Ladies will go head to head at Wembley Stadium connected by EE.

Fans will be given the opportunity to get their hands on their own set via The FA social channels in the coming months. 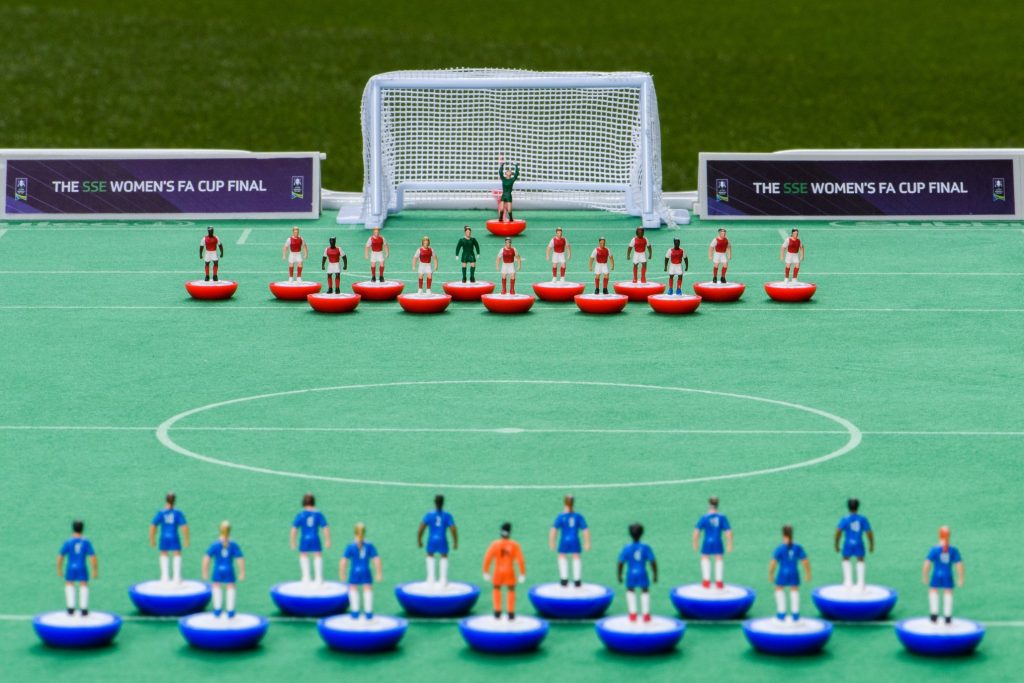 Marzena Bogdanowicz, The FA’s Head of Marketing and Commercial for Women’s Football, said: “This new all-female Subbuteo set is a reflection of the rapid growth that women’s football is seeing in the UK right now. We aspire to greater equality all the way from board games to board rooms, and every day – via our The Gameplan for Growth strategy – striving to transform the future of the women’s game on and off the pitch.”

James Walker, Senior Vice President at Hasbro, said: “We are incredibly excited to work with The FA to place focus on female footballers in this special edition of Subbuteo. Subbuteo has a rich heritage that reflects the nation’s love of football and this all-female playset is recognition of the vital role that women’s football has in our culture.”

Tickets for The SSE Women’s FA Cup Final are still available and can be purchased at theFA.com/tickets. All children can attend this season’s Final for free, with adult tickets costing £15 and concessions priced at £5. Further to that, The FA is offering half price tickets for groups of ten people or more.