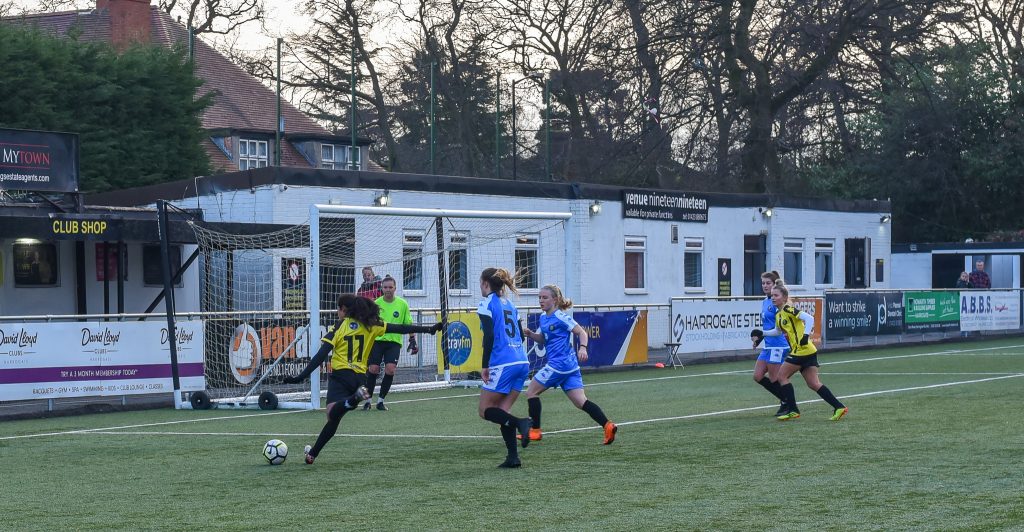 With players travelling from across the UK, we were confident that the talent in this group was extremely strong, and there was a palpable feeling of nervous excitement as players and the coaching team prepared for what was to be a memorable, and potentially, life-changing day. 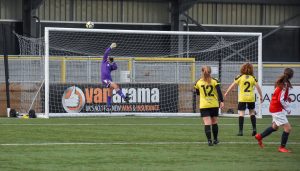 The showcase event is always the pinnacle of the year for our student athletes, providing them with the opportunity to play in front of a large number of coaches who have flown over from America to watch them in action. With three squads of 15 players taking to the field, and our biggest number of coaches to date in attendance at 43, it promised to be a great day and a fantastic opportunity for players to impress – the players didn’t disappoint!

The group of players ranged from youth internationals and WSL Development players, to players currently involved with grassroots clubs. We welcomed coaches from throughout the USA who had travelled to Harrogate by plane, train and automobile. From California in the West, Colorado in the Mid-West, New York and Boston on the Eastern seaboard, Tennessee in the South West, then down to sunny Florida in the South East. Coaches in attendance represented Colleges and Universities from the very highest level to smaller Junior Colleges, providing the widest possible coverage of the USA Collegiate system. 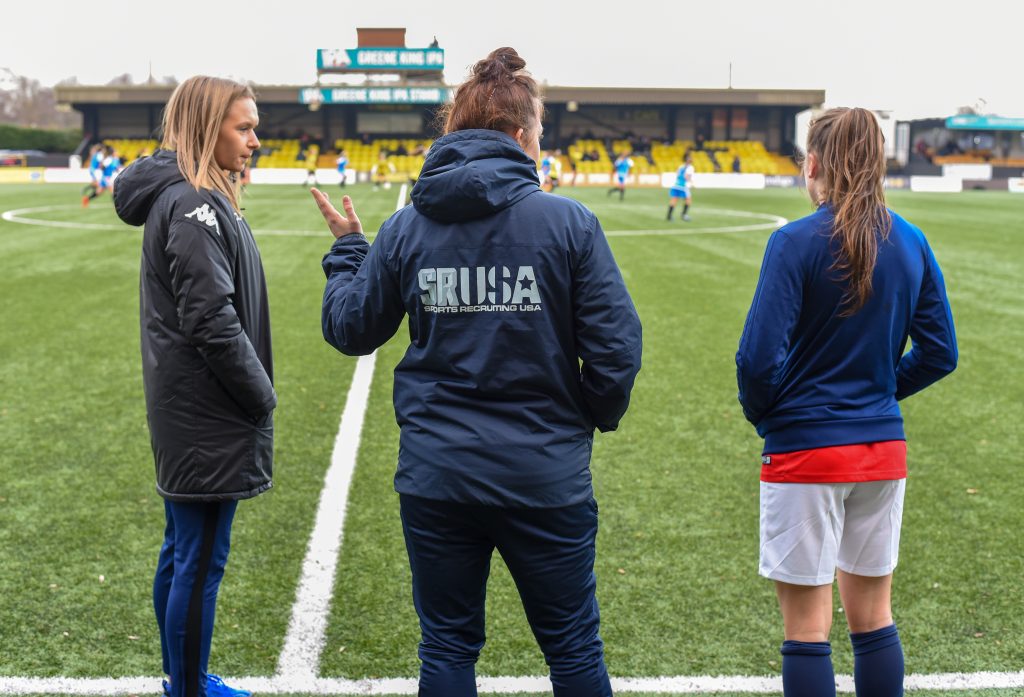 The day itself was led by UEFA qualified coach, Jodie Whitford-Stark, who was supported by former student athlete Beth Davies, who is currently playing for Leeds United Ladies First team. Beth was able to pass on her invaluable experience as a student athlete to the players in attendance. Alongside this, all players received a free t-shirt and magazine on behalf of our official partners, She Kicks. We are proud to be associated with the team at She Kicks as they represent one of the leading online women’s soccer platforms in the UK, and throughout the rest of the football world. 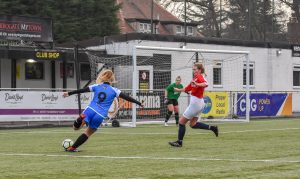 The mini tournament style set up comprised of three teams playing six 30-minute games, providing all our players with plenty of game time to show the onlooking coaches what they were all about. The quality on display on the day was exceptional, and we were extremely proud of all the players that were involved. The tempo was superb throughout with some outstanding goals, great technique, superb goalkeeping and outstanding defending, all contributing towards a great afternoon’s football.

The feedback received from the visiting coaches could not have been more positive. After the event, players were given the opportunity to speak to coaches with a large number of players receiving interest from a variety of Colleges and Universities. This was an ideal opportunity for the players to ask any questions about College and University life and to understand the expectations associated with being a student athlete in America – discussions went on into the early evening, reflecting a high level of interest from both players and coaches. 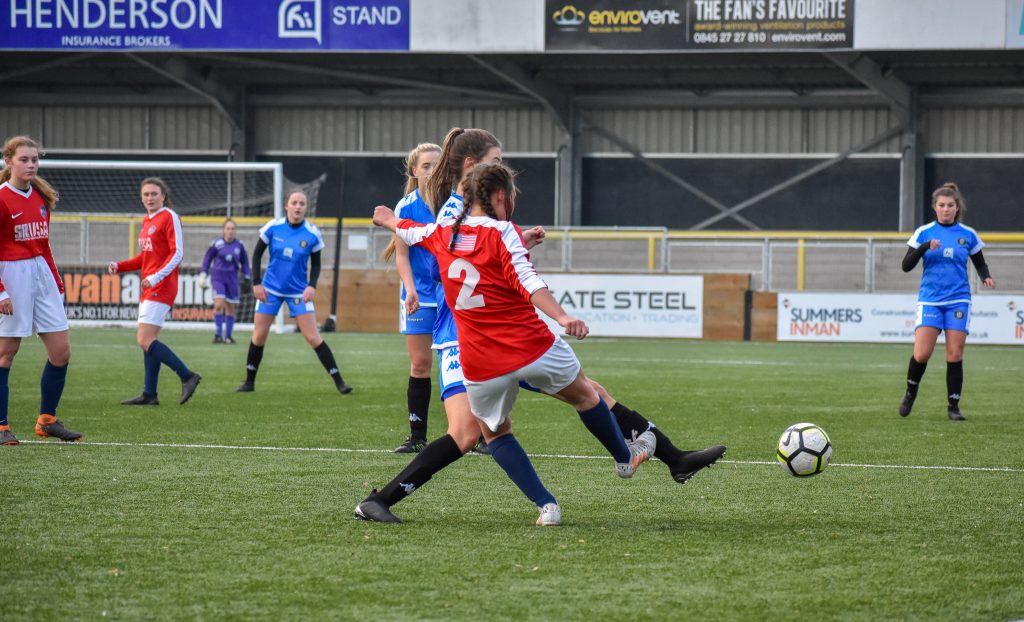 Several coaches commented on the credibility that SRUSA has within the soccer coaching fraternity in the USA. The main reason for this is the consistently high quality of athletes that we put forward for USA Scholarships, covering a variety of different candidates, playing at different levels. One top NCAA D1 coach commented that this was the ‘best depth of talent at a showcase he had ever seen’. High praise indeed for the players involved.

We now look forward to 2019 and providing even more opportunities for female footballers throughout the UK to pursue the dream of a soccer scholarship in the USA.

Our first event of 2019 is taking place in Watford on Saturday 16th February with a northern event following in March. If you would like some more information and to sign up for the event, you can do this by following the link below.

And finally, we would like to wish everyone a very Happy Christmas and all the very best for 2019, it promises to be another great year for women’s and girls’ football.

For more information/details on upcoming events or to speak about any of the opportunities mentioned above, please email: jon@sportsrecruitingusa.com

She Kicks’ partners Sports Recruiting USA are excited to announce the details of their three showcase events which will be taking place this summer in Watford, Doncaster and Nottingham. Every year, in the summer months, […]

SPORTS RECRUITING USA’s Winter Showcase: Could opportunities offered by American Soccer be for you?

American Soccer Opportunity – Could it be for you? Another year, another Sports Recruiting USA (SRUSA) Winter Showcase (on 10th December), and another day of outstanding girls’ football. Recognised as a key and trusted provider of opportunities for […]