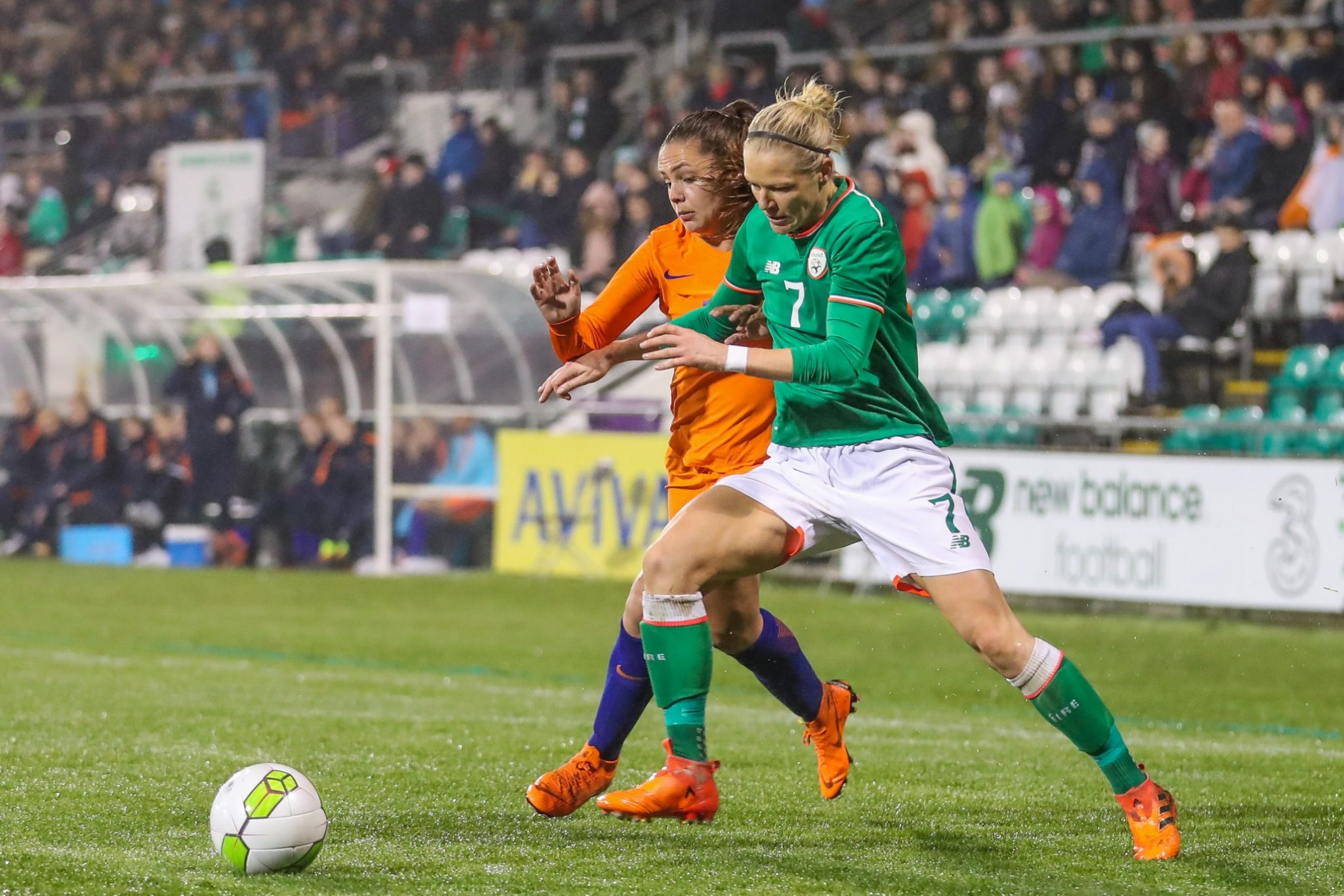 Colin Bell’s Republic of Ireland went down to the European champions 2-0 in front of a record attendance of 4,047 at Tallaght Stadium, reports fai.ie.

Netherlands enjoyed the majority of possession throughout the game and took the lead in just the 11th minute. Jackie Groenen found space on the right flank, delivered a fantastic cross that found Lineth Beerensteyn who headed home past Marie Hourihane. 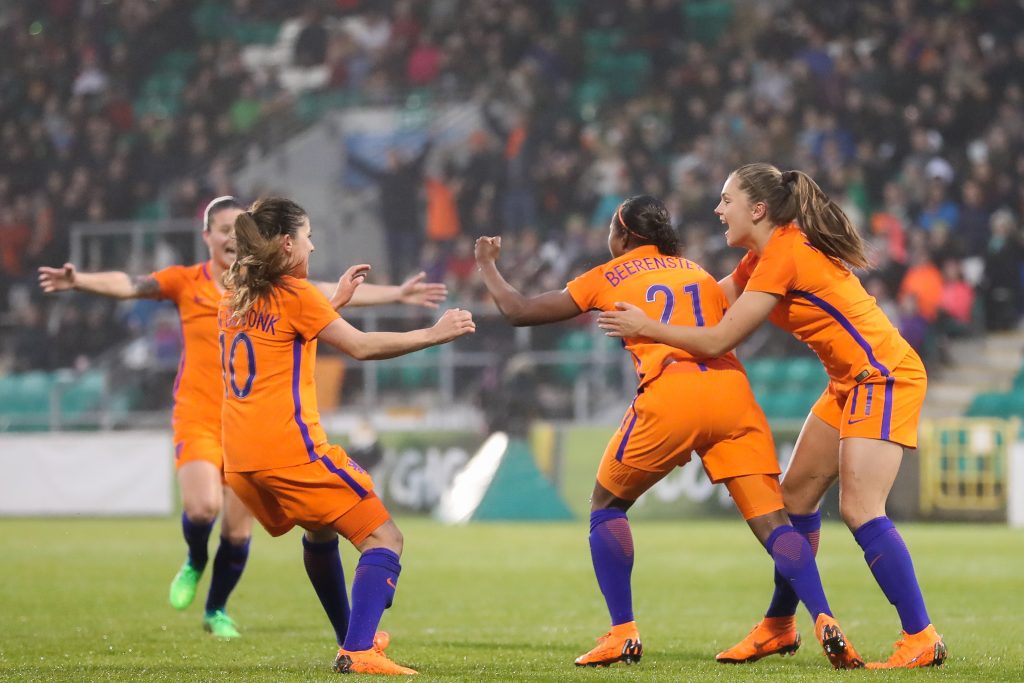 Just over ten minutes later the European champions had their second of the evening. Diane Caldwell was adjudged to fouled Danielle van de Donk close to the edge of the area and referee Stephanie Frappart pointed to the spot much to the dismay of the Irish defence.

Sherida Spitse stepped up to send Hourihan the wrong way and put the Dutch in a commanding position.

Spitse almost got her second with 32 minutes on the clock. The midfielder created space and thundered a right footed shot off Hourihan’s post from all of 30 yards.

Hourihan was called into action once again two minutes into the second half as she brilliantly tipped Danielle van de Donk’s driven free kick onto the crossbar. 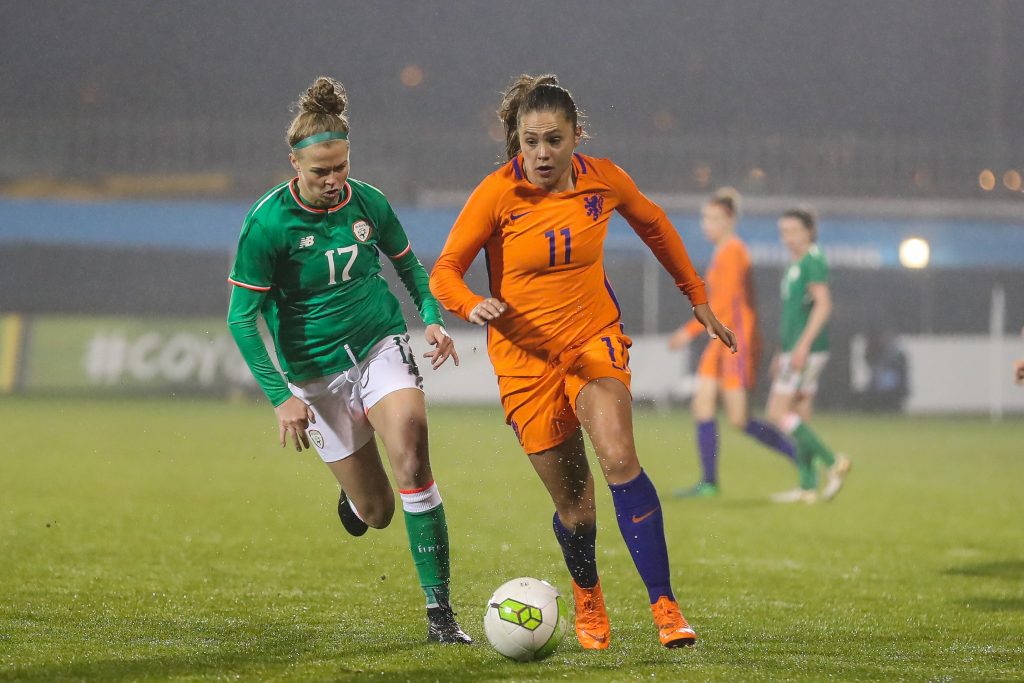 The introduction of Amber Barrett gave Colin Bell’s side another outlet up top alongside Leanne Kiernan, but the Dutch defense kept the home side from creating any clear cut chances.

The win sees Netherlands move three points ahead of Bell’s Ireland team at the top of the table. Next up for the Girls in Green is a clash with Norway in June at home with the reverse fixture taking place four days later.

Head Coach Colin Bell said: “We’re very disappointed. There were two goals which we shouldn’t have conceded and if everything had gone right tonight, we could have come away with the draw.

“We just lack that little bit of experience and quality in certain moments but that will come. I’m extremely proud of the way my players have conducted themselves throughout this campaign and that doesn’t change because of a defeat.

“The players have now got to refocus and go again in the back-to-back games against Norway. They need to go away to their clubs, get games and get fitter, and come back ready to get the results we need.

“It has been fantastic over the past two games to see two record attendances. The support has really meant a lot to all of the squad and players, and it’s fantastic for the women’s game in this country.”

Republic of Ireland Head Coach Colin Bell has named a 21-player squad ahead of the crucial FIFA 2019 World Cup qualifiers against Norway. Wexford Youths’ Rianna Jarrett has been selected for the first-time since March […]

#IRLWNT respond well to testing first half against world champions

The USA won the first match in their Victory Tour 3-0 after piling the pressure on Republic of Ireland and scoring three first-half goals in front of 37,040 fans in Pasadena. Tobin Heath, who came […]