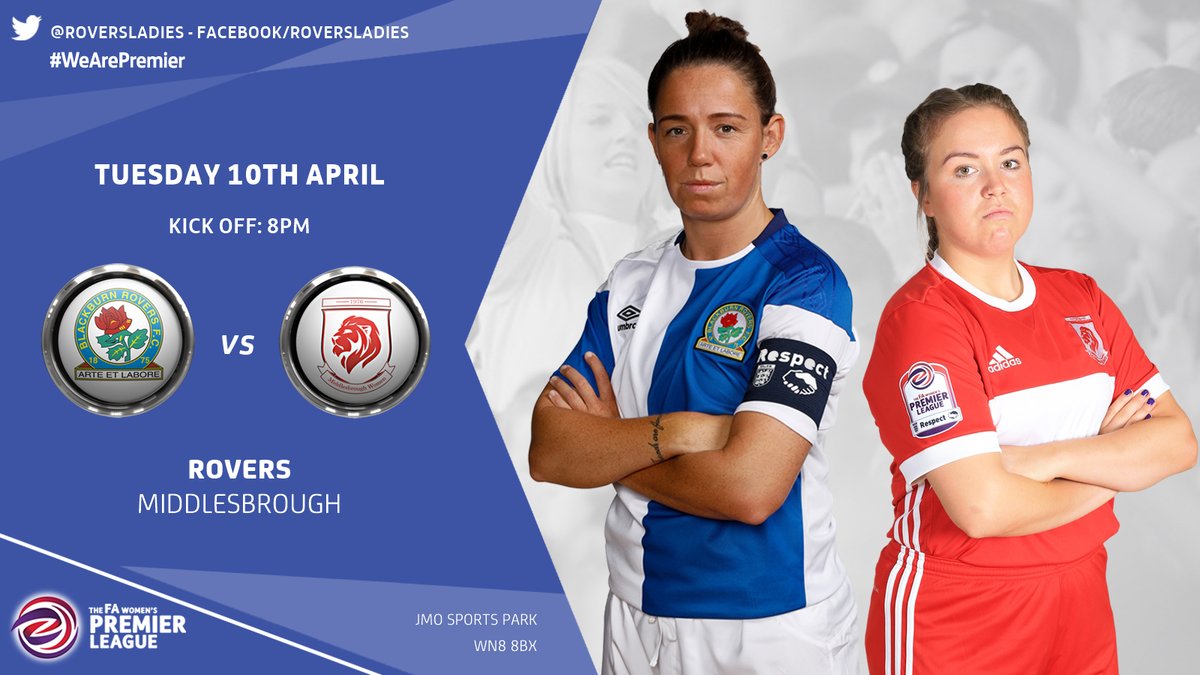 The result means that Rovers are up to third and more importantly trail the leaders by eleven points but with six games still in hand.

Laura Wareham did well to keep out an early Jess Holbrook strike but the hosts took a 15th-minute lead when Natasha Flint volleyed home after good play on the right from Holbrook.

Emma Kelly fired over the bar with Boro’s first real chance approaching half-time but Blackburn doubled their lead 4 minutes after the restart, when Flint set up Lynda Shepherd for a fine finish.

It was 3-0 on 57 minutes, as Middlesbrough lost possession to Rovers’ high press and Saffron Jordan scored.

Lagan Makin rounded off the scoring with a shot across the keeper in the last 6 minutes.

INTERVIEW | After a fine performance in full back, Alex Taylor speaks to the camera to share her post-match… https://t.co/pdBOAp5aEz

Then on Thursday in the Southern Division there’s Cardiff City Ladies versus Coventry United at the CCB Centre for Sporting Excellence in Ystrad Mynach, while in Northern Division 1 Bolton Wanderers play Newcastle United at Atherton Collieries FC.

Charlton boss Riteesh Mishra told RICHARD LAVERTY his side’s FAWPL Championship Play Off victory over Blackburn will take a couple of days to sink in, while an exhausted Rovers manager, Gemma Donnelly, was left hoping her […]