Blackburn and Coventry have a League Cup Final berth to contest, there’s an East Midlands derby, the all-Dons clash and a chance for C&K Basildon or Crystal Palace to go top in the Southern.

Stoke are the only one of the Northern Divison‘s top four in league action and will go second if they avoid defeat at Fylde. There’s an East Midlands derby between Nottingham Forest and Leicester City WFC, while West Brom welcome Bradford and Guiseley Vixens will get off the bottom with just a draw against Derby.

The Southern leadership could be held by any one of three sides by 4pm on Sunday, with second-placed Crystal Palace playing at Portsmouth and third in the table C & K Basildon away at Cardiff, while Charlton are busy in the SSE WFA Cup at Arsenal. Chichester go up against Gillingham, Lewes are home to QPR and rock-bottom Swindon welcome West Ham.

Loughborough Foxes have a nine-point advantage in Midlands Division 1 with six games to go as they prepare to play Solihull Moors. Of the chasing pack, Sheffield United are at Long Eaton, TNS away to Birmingham & West Midlands and Radcliffe Olympic also on the road at Sporting Khalsa, while Steel City have Rotherham.

Hull hold the Northern Division 1 top spot as they host Chorley, with Liverpool Feds on their heels and away to Morecambe in fourth, while Brighouse are home to Chester le Street. Mid-table Bolton meet Mossley Hill who are bottom on goal-difference and Leeds go up against Newcastle with only a point between them. 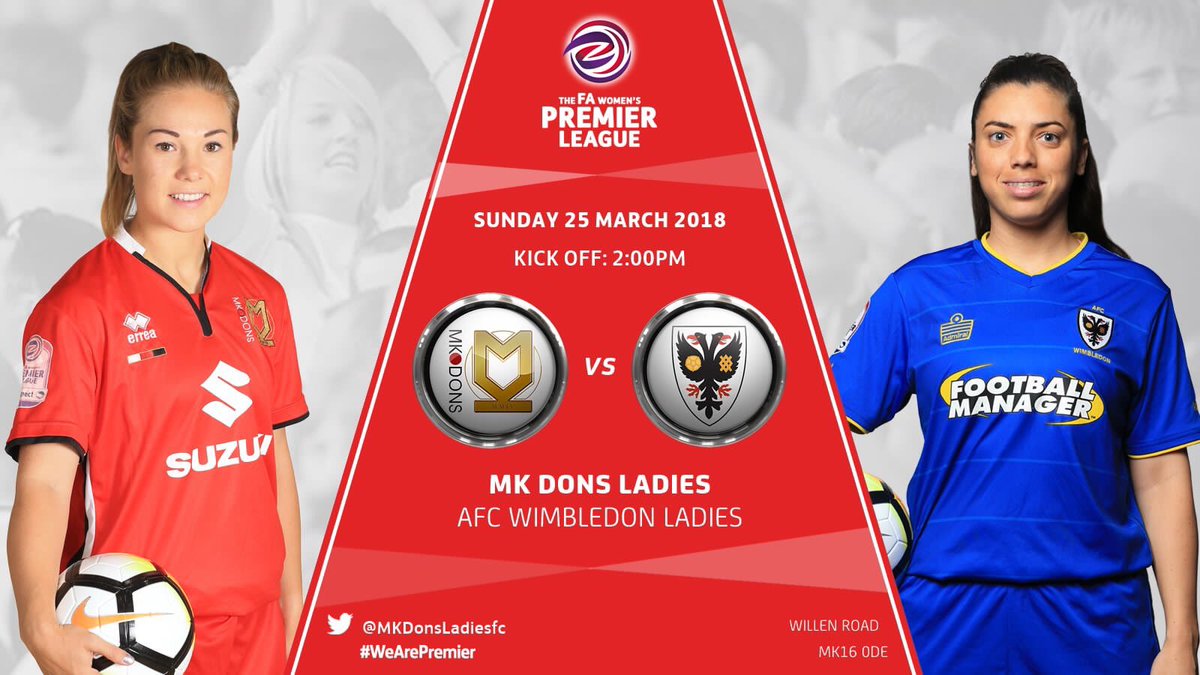 Rivals MK Dons and AFC Wimbledon clash in a real South East Division 1 title ‘six-pointer’, where an away victory would leave the South London side within touching distance of promotion. Orient in third face next-to-bottom Norwich, Cambridge are two points behind visitors Luton, Actonians and Denham on the same number of points and Haringey remain without a point as they host Stevenage.

Southampton WFC are wanting to make it a dozen straight wins in South West Division 1 with the visit Brislington. Plymouth, also with a 100% record, tackle second-placed Southampton Saints and Keynsham in fourth have Maidenhead.

Blackburn and Coventry United battle for a place in the League Cup Final, with Leicester City WFC awaiting the winners.

While Guiseley Vixens got off the foot of the Northern Division with an impressive victory at second-placed Leicester City WFC, Loughborough Foxes moved to within touching distance of the Midlands title. Sunday 8th April FA […]