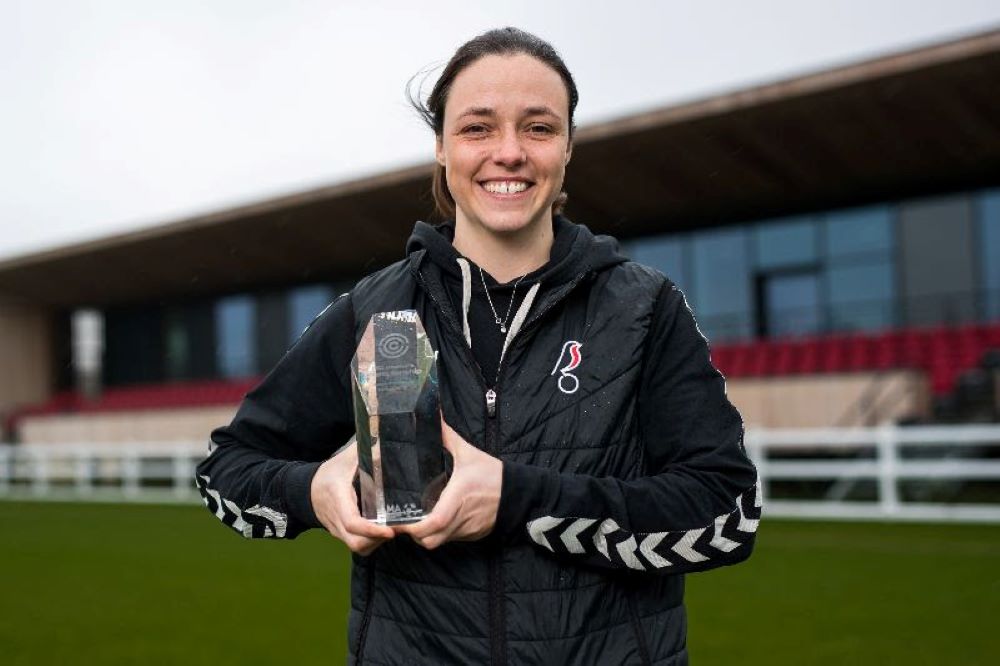 Bristol City’s Lauren Smith has been awarded The FA Women’s Championship Manager of the Month trophy for February by the LMA Panel.

Upon receiving the Manager of the Month trophy Smith said: “It’s a great honour to receive this award and the credit goes to the efforts of all the players and staff. We have an honest group who work hard for each other and it’s paying off with our results and league position.”

Chair of the League Managers Association panel Marieanne Spacey-Cale MBE added: “Lauren’s team has excelled since the winter break and that form carried on into February with three excellent performances against teams competing to finish in the top three.

“Whilst Liverpool are nine points clear at the top of the league, Bristol City will want to maintain this momentum and attempt to close the gap before they play each other in April.”

The LMA panel for the monthly awards involves three highly experienced individuals with specialist knowledge of the women’s game and football management, including Marieanne Spacey-Cale MBE (LMA Member and Southampton FC Head of Girls and Women’s Football/Head Coach), Jen O’Neill (Editor of She Kicks – women’s football magazine) and Alan Curbishley (LMA Board Member and LMA Manager of the Year 1999/2000).

Bristol City are the first side into the FA Women’s Continental League Cup semi-finals following a 2-1 victory over Aston Villa, in which Ebony Salmon scored twice. Benedicte Haaland replaced Sophie Baggaley in goal for […]