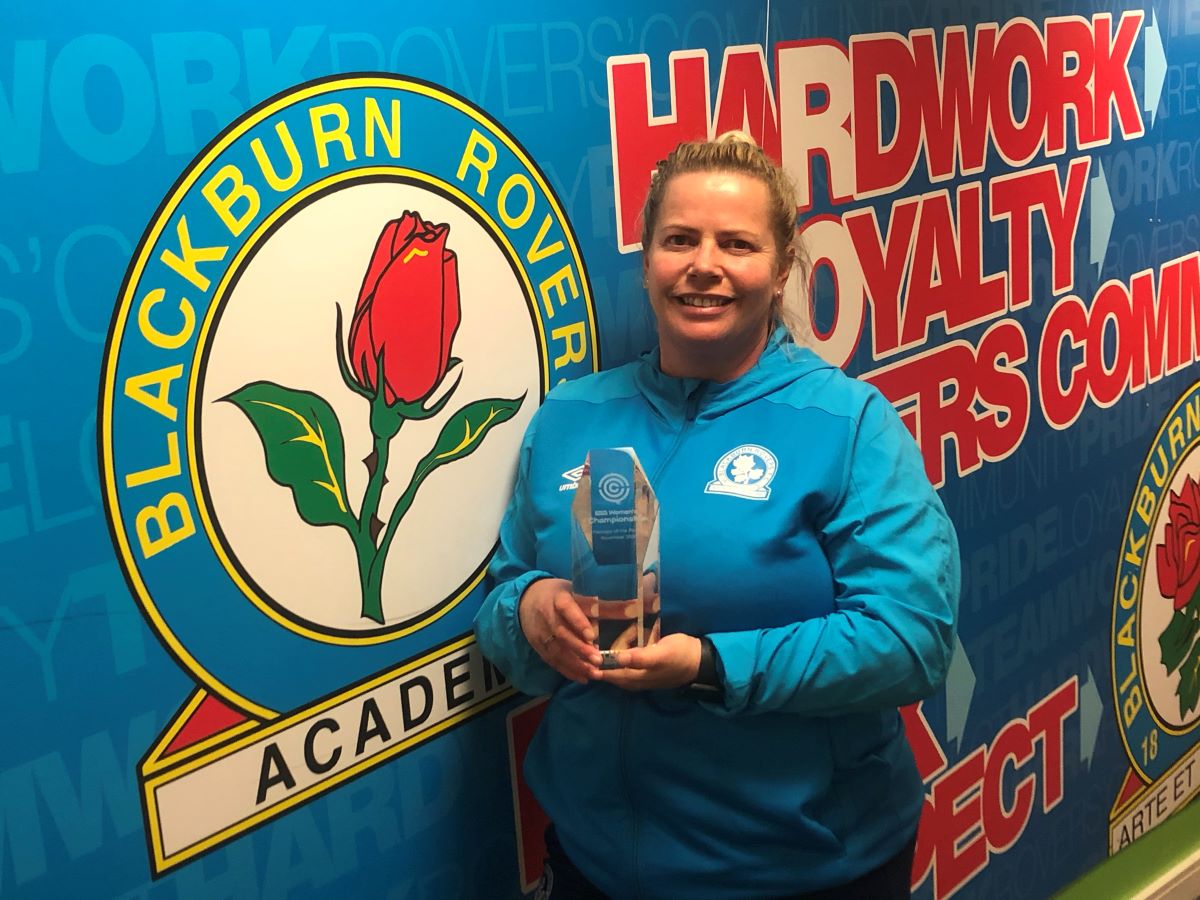 Blackburn Rovers’ Gemma Donnelly has been awarded The FA Women’s Championship Manager of the Month trophy for November by the LMA Panel.

Donnelly led her side to an unbeaten month, including three solid performances in which the team didn’t concede, achieving two victories against London Bees and Coventry United, and a draw against promotion-chasing Liverpool.

Upon receiving the Manager of the Month trophy Donnelly said: “I am incredibly proud to accept the award on behalf of the whole team here at Blackburn Rovers. Our recent run of form comes from nothing other than hard work and dedication and I am thrilled to have received this accolade.”

Chair of the League Managers Association panel Marieanne Spacey-Cale MBE said of Donnelly’s award: “Gemma’s team are unbeaten in four games and moving up the table. Their very creditable draw against Liverpool and the two wins against those around them in the table has built up momentum for the team which they will want to continue against the three top teams in December.”

Sheffield United went within a point of FA Women’s Championship leaders Durham following a 1-0 victory at Charlton Athletic.  The narrow win away to the basement side saw the Blades move up to third spot, […]