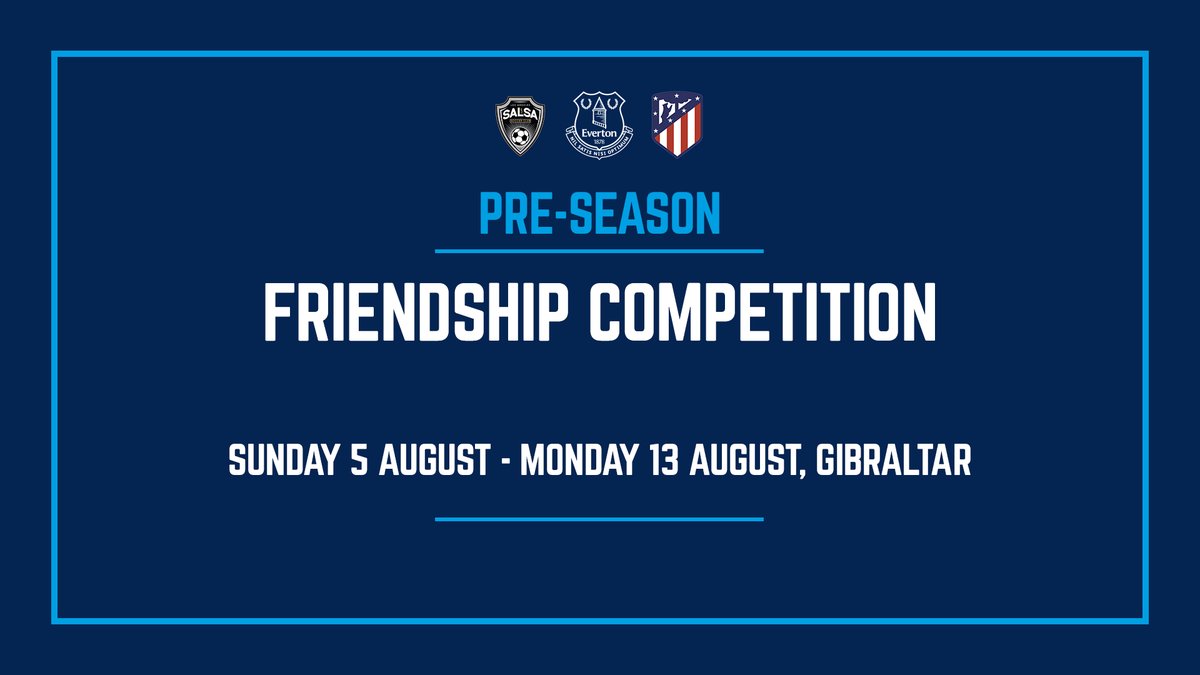 Everton Ladies will travel to Gibraltar as part of their pre-season preparations ahead of the 2018/19 WSL campaign.

Everton FC reports that their Blue Girls are set to compete in the inaugural Friendship Competition between from 5-13 August and will play American side LA Salsa and Atletico Madrid, who lifted Spain’s Primera División title last season.

In the other group, fellow Spaniards Real Betis and Huesca are joined by French outfit Paris FC.

The top two teams in each group progress to the semi-finals, with the final set for Sunday 12 August.

Before the Gibraltar trip, the Toffees face WSL Championship side Aston Villa on Saturday 14 July, after which they head to Marine FC to square off with city rivals Liverpool on Sunday 22 July and then a week later take on Arsenal.

Everton Ladies link up with Lil-Lets

Everton Ladies has partnered with feminine hygiene brand Lil-Lets for the 2019/20 season. Lil-Lets will work alongside Everton Ladies in promoting the benefits of sport and how it can make a difference to the […]

FA Women’s Championship side Durham downed WSL opposition in Everton, Spurs so nearly had a win of similar merit over Brighton but had to settle for a shoot-out success, while Crystal Palace got the only […]

Everton have signed Dutch international defender Kika van Es on a two-year contract from Ajax. The club say that the 27-year-old will join them following this summer’s World Cup, where van Es is part of […]