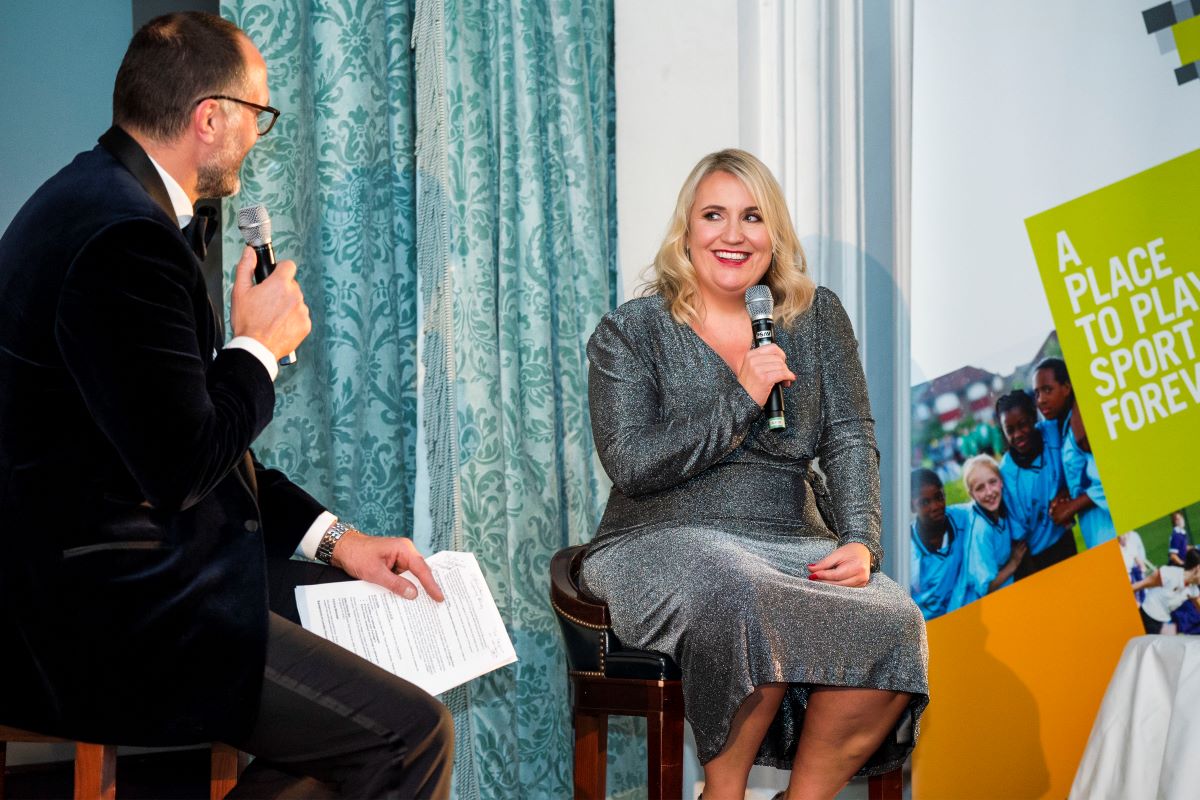 Hayes last year won the LMFF Made in London Award and has a long history with London’s playing fields, having grown up in the capital playing at Regents Park and later gaining her UEFA B licence at Douglas Eyre Sports Centre.

She is right behind the Foundation’s mission to provide a place a place to play sport forever and appreciates that well managed and maintained playing fields can have a lasting impact on the physical, mental and social health of the communities they serve.

Alex Welsh, LPFF CEO said: “We are so happy that Emma has agreed to become a Vice President. Despite all her achievements in football and her indisputable status as a trailblazer for the women’s and men’s game, Emma remains remarkably grounded and humble and hasn’t forgotten her grassroots days where it all started for her. We
look forward to her being a great ambassador for the charity”.

Chelsea Women’s manager Emma Hayes today received her OBE from Prince William, Duke of Cambridge for her services to football. Hayes was named in the Queen’s New Year’s Honours at the start of the year […]

Chelsea’s Emma Hayes has made the cut in the UEFA Women’s Coach of the Year voting, while Barcelona dominate the Players’ award short-list. Lluís Cortés, who led Barcelona to success last season and Sweden’s Peter […]