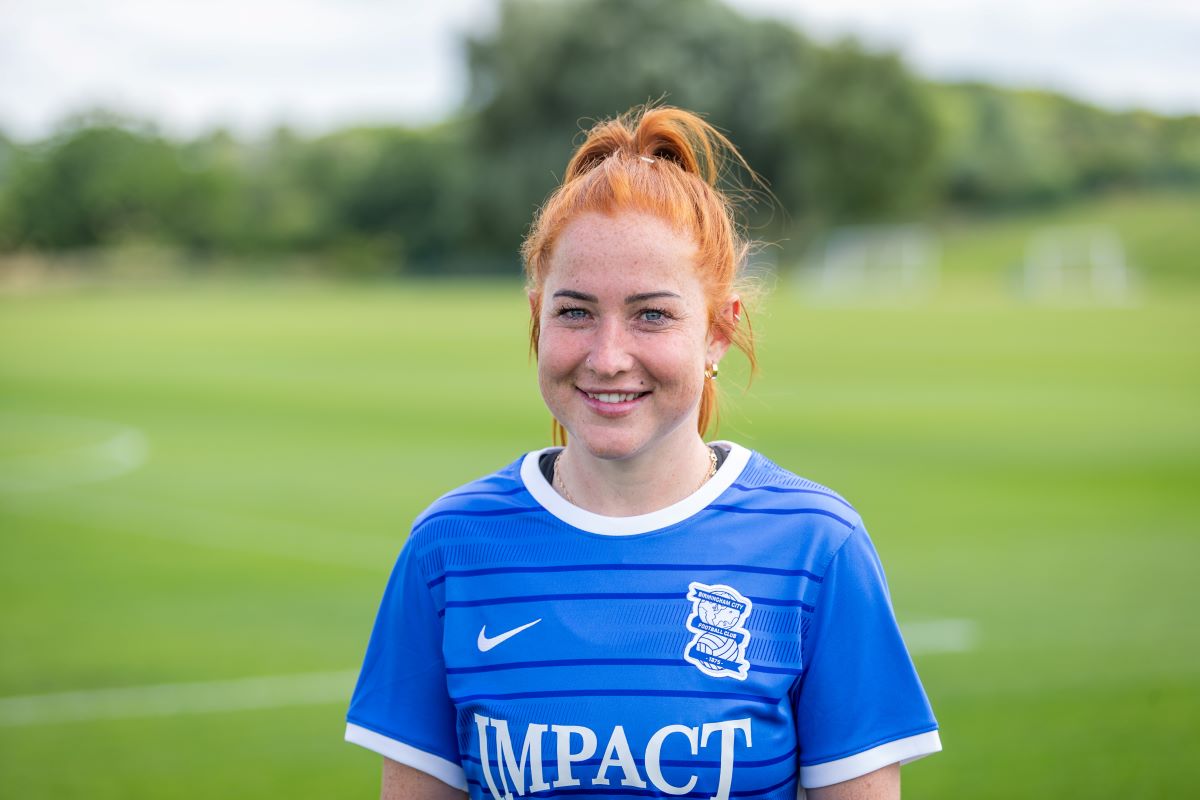 After a four-year spell with United, Harris has agreed terms on a one-year deal with the Blues, with a year’s option.

A former England youth international up to U-23 level, the full back also spent four years with Liverpool.

Harris spoke of her delight at completing the move: “I’m delighted to be here, I know a few of the girls already. I am ready for this season and hopefully we can go straight back up.

“Knowing what sort of club Birmingham is and their ambitions, when [Darren Carter] Carts and Jo [Potter]
spoke to me, I knew I wanted to be here.”

Birmingham City Women have signed Scottish midfielder Lisa Robertson on a season-long loan from Celtic, subject to international clearance. Robertson helped the Hoops qualify for the UEFA Women’s Champions League for the first time after […]

Goalkeeper Ann-Katrin Berger is to leave Birmingham City at the end of this month when her contracts expires. Blues Manager Marc Skinner told bcfc.com: “I would sincerely like to thank Ann for the contribution she […]