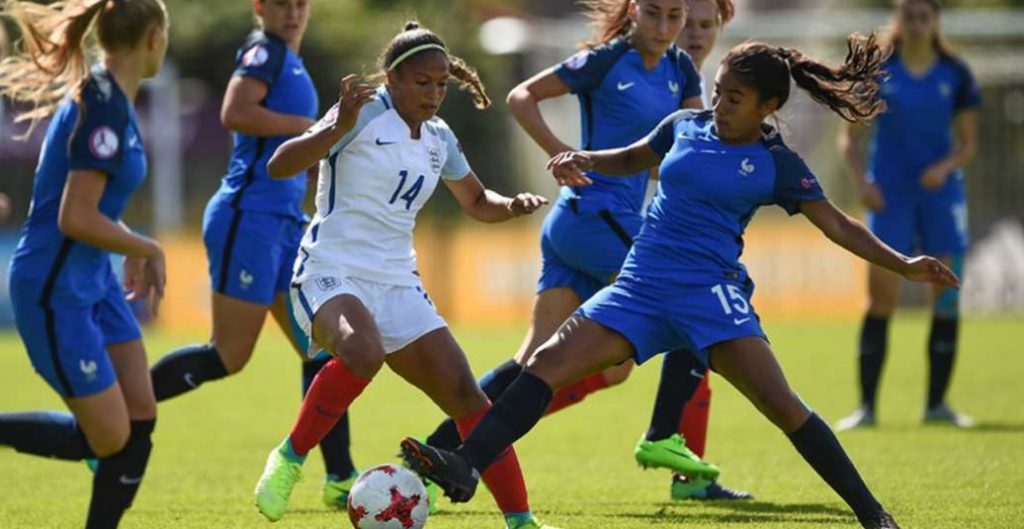 England and Scotland failed to get through the U-19 Euro group stages but will meet on Thursday in a play off for a place at the U-20 World Cup in France next August.

The Young Lionesses bowed out of the U-19 Euro finals after going down to a late goal against France, in a game they needed to win in order to progress.

England carved out a number of half chances but the closest they came to scoring was when Alessia Russo curled a second-half free-kick goalwards to force an excellent save from Mylene Chavas, who stretched to palm the ball over the bar.

England and Scotland will now battle it out for a place at next year’s FIFA U-20 World Cup, when they meet at Mourneview Park in Lurgan on Thursday (ko 3pm).

Netherlands Win Group B after 3-3 thriller with Italy

Aniek Nouwen conceded an early own-goal to give the Italians a 1-0 lead but after Fenna Kalma levelled, Nouwen netted a penalty to put the Dutch 2-1 up.

Alice Regazzoli made it 2-2 midway through the second half and although substitute Annamaria Seturini gave the Azzure an 83rd-minute advantage, Ashleigh Weerden came off the bench to rescue a point for the Netherlands.

Spain’s breakthrough eventually came just before the hour mark, as Patricia Guijarro fired low into the bottom corner despite Flaherty getting a hand on the shot.

However, there was drama two minutes into added time when the Scots almost levelled, as a well struck effort from Chantelle Brown went narrowly over. 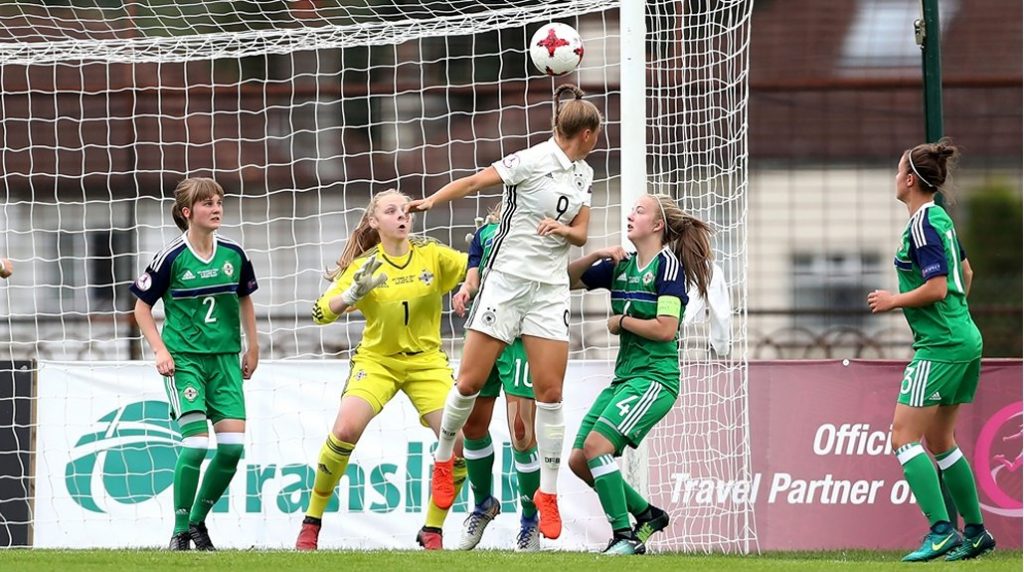 Germany hit Northern Ireland for six to eliminate the hosts

Northern Ireland had a tall order to reach the last four and up against Germany they were soon behind, as inside 5 minutes Klara Bühl fired past Lauren Perry after she blocked Kristin Kögel’s shot.

Bühl got her brace when Teresa Burns was just unable to stop Katja Orschmann’s low pass and moments later it was 3-0, Annalena Rieke netting from close range.

Germany ruthlessly cut through Northern Ireland again for their forth as Kristin Kogel slotted home, Caroline Siems made it 5-0 and then Anna Gerhardt’s low drive made it a half-dozen.

Both semi-finals are being staged at Windsor Park on Thursday with live coverage on Eurosport. Germany face France at 3pm, while Netherlands take on Spain at 7pm.

Scotland Women’s U-19s head coach Pauline Hamill has named her squad for the upcoming UEFA European Championship. Drawn alongside the Netherlands, Norway and five-time champions France, a top-two finish in the group would secure a […]

Grace Clinton hit a hat-trick as England beat Northern Ireland 8-1 in the UEFA Women’s Under-19 Championship qualifiers. With England WU19s winning their first two matches of round one qualifying, it means they are guaranteed […]

Megan Reilly turns away from Spain’s Paula Fenandez (irishfa.com) A record crowd for a women’s international in Northern Ireland of 4,289 saw the hosts go down to a 2-0 defeat against Spain, who have […]