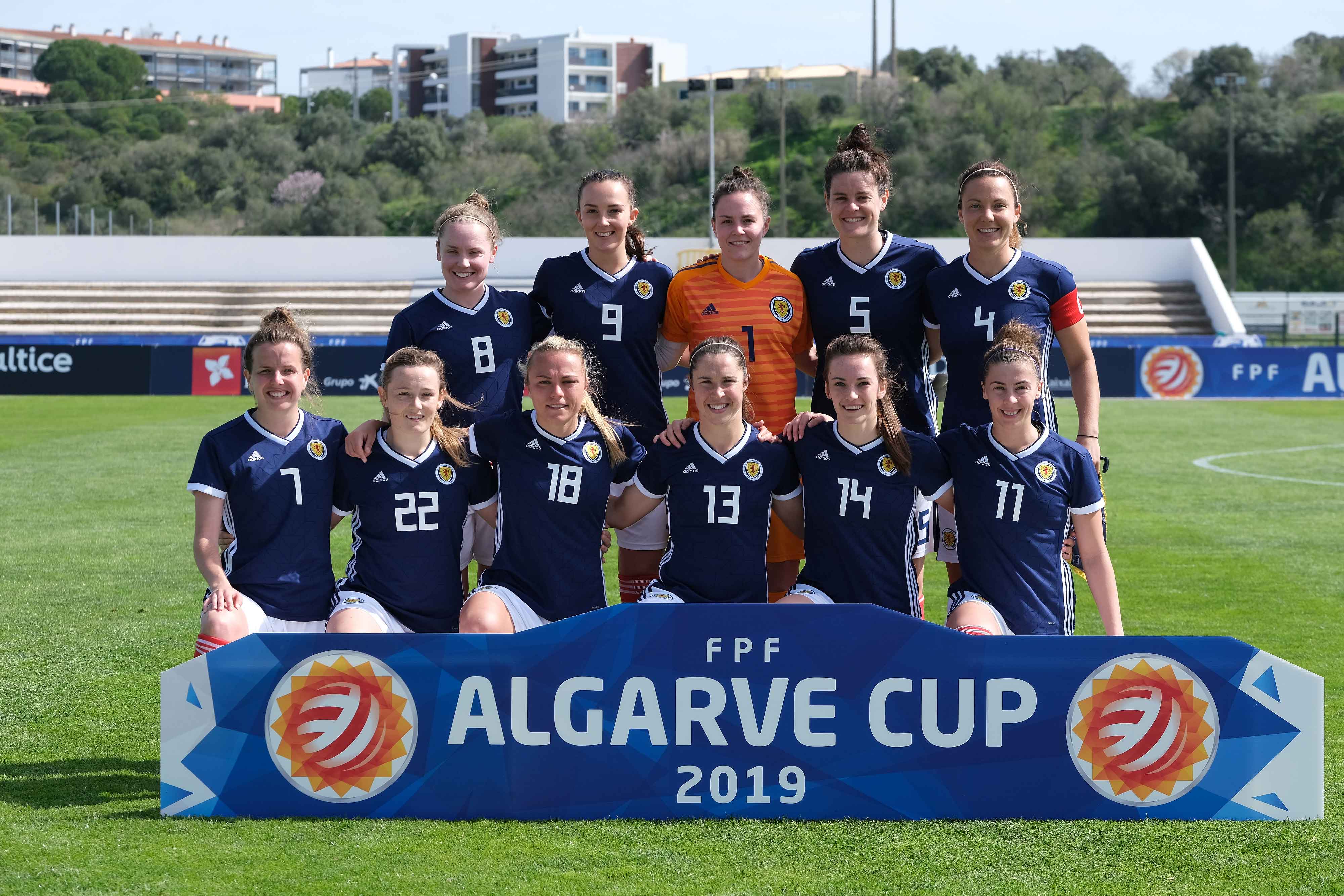 Lizzie Arnot scored twice as Scotland sent Iceland to a 4-1 defeat and set up a fifth-place play off with Denmark at the Algarve Cup, while Norway and Poland will contest the final.

In a similar fashion to Friday’s meeting with Canada, Scotland were dominating the early exchanges, as Caroline Weir and Claire Emslie provided the early threat, reports scottishfa.co.uk.

Yet on this occasion, Scotland found themselves able to convert early possession into an early lead. A darting Emslie run earned a corner kick, from which Little’s inswinger caused panic in the Icelandic defence. Arnot kept her calm when the ball broke her way, the Manchester United winger firing a low shot into the bottom corner for the game’s opening goal.

Kerr’s side was finding all sorts of joy down the left wing, with Emslie and Nicola Docherty dovetailing to excellent effect. With Little and Weir dictating play from the centre of the park, Iceland’s defence endured a challenging opening quarter as they fought for a foothold.

As the half-hour mark approached, Cuthbert was played through on goal but uncharacteristically dragged her shot wide, however, the Chelsea striker made amends almost immediately from Emslie’s cutback.

There was to be no let-up from Kerr’s side at the start of the second half, as Cuthbert went close once more after good build-up play from Little and Arnot.

Continuing in the same dominant vein as the opening period, the third goal for Scotland was always on the cards. It arrived on 55 minutes; Kirsty Smith’s run and cut-back found Little, whose layoff allowed Cuthbert to get the shot away. Whilst the original effort was blocked, Little reacted quickest to sweep the ball into the top corner on the half-volley from 18 yards for a well-taken tally.

However, Iceland served a reminder as to their quality just moments later. A cross into the Scotland penalty area wasn’t dealt with, allowing Sara Bjork Gunnarsdottir to arrow an effort into the bottom corner of Shannon Lynn’s goal and give her side a glimmer of hope.

Yet after a nervy couple of minutes, Scotland soon restored their three-goal advantage. A tremendous aerial ball from Weir found Arnot in acres of space and one-on-one with the keeper. Whilst her initial effort was saved, Arnot followed up with an unconventional finish to grab her second of the game.

The opportunities continued to come for Scotland – some beautiful interplay almost saw Little add to her tally, whilst Abi Harrison was only denied a first international goal by an offside decision by the assistant referee.

The result, however, was in no doubt. A comprehensive victory for Kerr’s side was confirmed by the final whistle, as they set their sights on Wednesday’s fifth-place play off with Denmark.

Poland to play Norway in final

Poland picked up a 1-0 win over Netherlands  to reach the final. A 42nd-minute goal by Agnieszka Winczo came soon after the Dutch had Bristol City’s Danique Kerkdijk sent off.

A Pernille Harder goal on the hour was enough to give Denmark victory over China in the Group C fixture.

Switzerland fought back for a 3-1 Group D victory over Portugal. Andreia Norton’s goal was cancelled out after an hour by Ana-Marie Crnogorcevic, Rahel Kiwic and Caroline Muller also netted for the Swiss.

Leanne Crichton has retired from international football, the midfielder having chalked up 72 caps for Scotland. She made her debut in 2006 before going on to represent Scotland at EURO 2017 and the Women’s World […]

Scotland finished fifth at the Algarve Cup with their first ever defeat of Denmark, Jane Ross netting the only goal of the game in the first half. Algarve Cup placement results: 11th place – China […]

Belgium and Scotland Women win on penalties at Pinatar Cup

Belgium beat Russia on penalties in the Pinatar Cup Final, Scotland also won a shoot-out to finish fifth ahead of Hungary. The last two placement matches of the tournament in Spain were both goalless draws […]