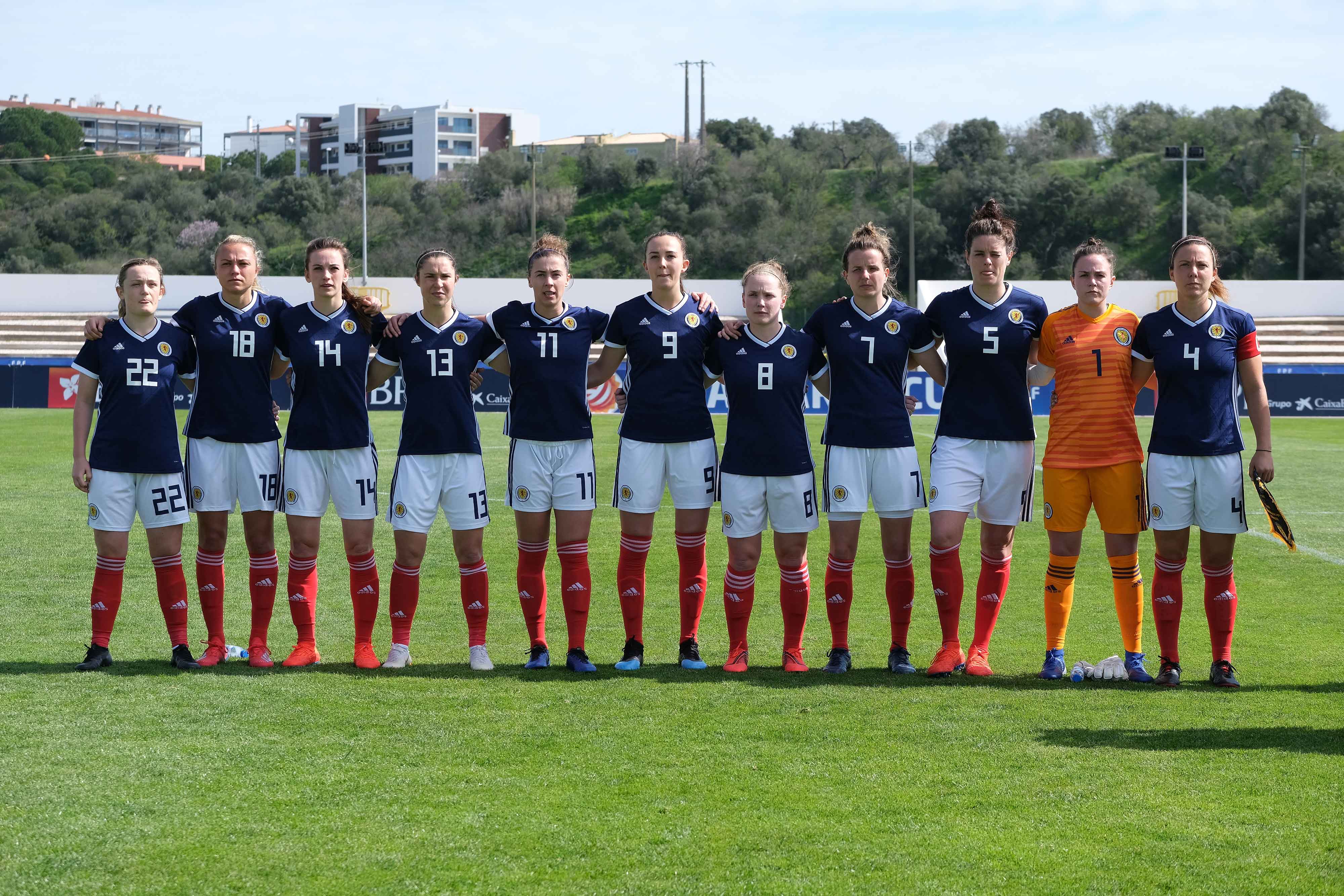 Scotland finished fifth at the Algarve Cup with their first ever defeat of Denmark, Jane Ross netting the only goal of the game in the first half.

Scotland made no fewer than ten changes to the side that beat Iceland but they still began strongly and Zoe Ness rattled the bar when meeting a Fiona Brown cross.

Jenna Fife was forced into a couple of saves to deny Frederikke Thogersen and then Nadia Nadim in a one-on-one.

Just 2 minutes after the latter intervention, Scotland were ahead as Jo Love’ sent Ross free to beat Katrine Abel with a deflected shot.

Moments later and Ness was thwarted by the crossbar for a second time, from 25 yards on this occasion, but it needed a Joelle Murray defensive header to prevent the Danes levelling on half-time.

While Ross was close to connecting with a Fiona Brown cross and Jo Love was narrowly wide from distance, Denmark threatened an equaliser.

Leanne Crichton’s tackle on the edge of the box stopped Signe Bruun in her tracks, Rachel Corsie cleared Nicoline Sorensen’s effort off the line, while Chloe Arthur and Fife later played their part in protecting the narrow lead.

Norway lifted the trophy with a 3-0 scoreline over Poland, Isabell Herlovsen, Caroline Hansen and Karina Saevik on target, with Hansen later missing a penalty.

Spain beat Switzerland for fifth place, Jennifer Hermoso’s goal the only difference until Melanie Muller conceded a 63rd-minute own-goal, with the Swiss then having a player dismissed 6 minutes from the end.

Iceland were 4-1 winners over Portugal in the 9th place match, as Agla Albertsdottir had the ball in the net in only the 2nd minute and Selma Magnusdottir doubled the lead by the midway point. Margret Vidarsdottir and Sara Gunnarsdottir added one a piece in the last 10 minutes, with Monica Mendes getting a consolation in-between.

Netherlands avoided a last-place final with a shoot-out win over China, whose Wei Yao levelled after Vivianne Miedema scored on half time.

Lizzie Arnot scored twice as Scotland sent Iceland to a 4-1 defeat and set up a fifth-place play off with Denmark at the Algarve Cup, while Norway and Poland will contest the final. In a […]

Scotland were close to holding Canada to a draw at the Algarve Cup, while Poland and Portugal posted impressive results. Group A: Scotland 0-1 Canada Group B: Poland 3-0 Spain Group C: China 1–3 Norway Group […]

Germany were declared winners of the Algarve Women’s Cup after fellow finalists Italy went home early, concerned they could be stranded in Portugal due to flight restrictions. Italy had won 3-0 against New Zealand in […]

#ThrowbackThursday #tbt🔙📸 For just over a de