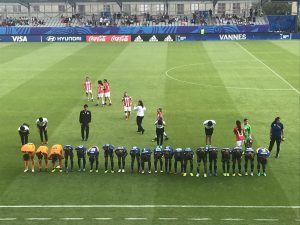 Japan are comfortably through to the knock out stages of the U-20 Women’s World Cup following a 6-0 win against Paraguay at Stade de la Rabine in Vannes (reports Sam Ward of @UoDFootyJournos).

Both Saori Takarada and Riko Ueki netted hat-tricks for Japan to send them into a quarter-final clash with Germany on Friday.

There were also two penalty saves, one at each end, during the second half. Fuka Nagano had a chance to make the scores even from the spot moments before Fabiola Sandoval of Paraguay then had her penalty brilliantly saved by Hannah Stambaugh. 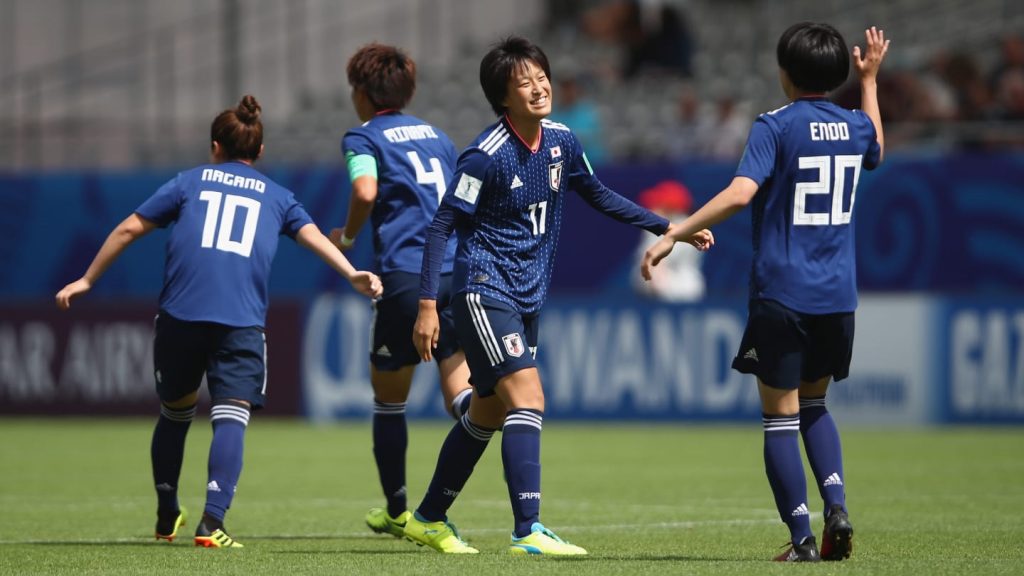 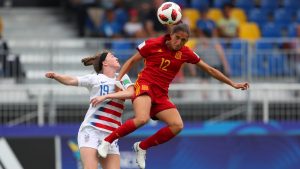 Spain topped Group C at the FIFA U-20s Women’s World Cup despite a late comeback from the USA in Dinan-Lehon (reports Alex Drury of @UoDFootyJournos).

The group leaders Spain were a goal to the good within seven minutes. Patricia Guijarro hit a well-placed shot into the bottom corner after USA’s Jaelin Howell cleared into her path.

Pedro Lopez’s team scored their second just before half time through Lucia Garcia, who hit a low shot after the ball dropped to her just inside the box.

The USA set up a tense finish when Sophia Smith curled her free kick around the wall into the far bottom corner with seven minutes remaining and then Savannah Demelo’s deflected shot went in past Catalina Coll four minutes later, though they couldn’t find a third to send them through.

After a quiet opening period China opened the scoring through a lovely goal courtesy of Lihan Zhang.

The right-winger feinted between two Nigerian defenders before converting coolly from close-range.

And that looked to be enough before the outstretched leg of Ajibade turned the ball past the desperate Human Xu.

Cue bedlam as the Nigerian bench erupted onto the pitch in delirium to embrace their teammates and compatriots alike.

Nigeria now go on to face Spain in the quarter-finals, while China exit at the group-stages for the third tournament in succession. 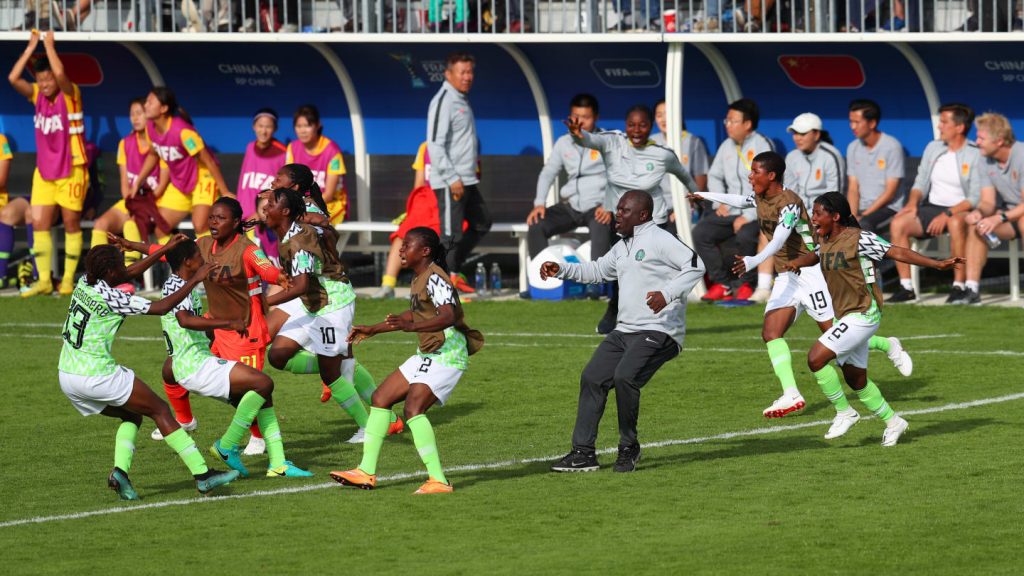 England have reached the semi-finals of the FIFA U-20 Women’s World Cup for the first time after defeating Netherlands 2-1 in Vannes, reports TheFA.com. They will face Japan (who beat Germany 3-1) at 3pm KO […]