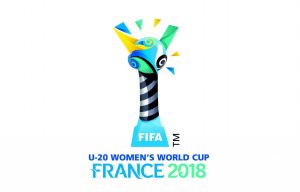 The Women’s U20 World Cup got off to a flying start as Mexico and Brazil set the pace of the tournament in a six-goal thriller in Dinan (reports Sam Ward of @UoDFootyJournos).

Jacqueline Olvalle for Mexico and Brazil’s Kerolin both scored braces for their country, however, it was the Mexicans who pinched a 3-2 win against the Southern American champions.

Brazil would have one last opportunity in the final minute from the penalty spot , however, Victoria wasn’t able to convert from 12 yards smashing the frame of the goal.

The moment of the match came 15 minutes in when Kerolin scored her second, an expertly chipped effort which nestled perfectly into the top corner. An onslaught of Brazil chances followed throughout the match but the Mexican’s managed to stand firm in an exciting opening match with plenty of talent on show.

Next up Brazil will face Mo Marley’s England side in Dinan on Wednesday and for Mexico, the holders North Korea stand in their way.

Netherlands won their first ever FIFA U-20 Women’s World Cup game with a 2-1 win against New Zealand in Vannes (reports Alex Drury of @UoDFootyJournos).

The Dutch scored the first goal of the game, and it was Fenna Kelma who poked the ball home after Player of the Match Victoria Pelova’s shot was deflected into her path.

New Zealand grabbed their equaliser just before the half time whistle through Hannah Blake, who lifter her shot across goal giving Dutch goalkeeper Lize Kop no chance of saving.

There was to be a winner, though, and it was the Netherlands that grabbed all three points with 12 minutes remaining. Eva van Deursen’s drilled shot from the edge of the box was just out of the reach of Anna Leat.

The hosts put on a performance to savour in their opening match as they defeated Ghana 4-1 (reports Matt Abbott of @UoDFootyJournos).

A first-half brace from Emelyne Laurent, both efforts finding the net via woodwork, and a well taken finish by midfielder Helene Fercocq put them in the ascendancy at the break.
To their credit the Black Princesses rallied after half-time, pulling one back through Sandra Owusu-Ansah after the forward rounded ‘keeper Mylene Chavas before finishing.

However, that was only to be a consolation as Sandy Baltimore scored a fourth late on before seeing the match out en route to the top Group A.