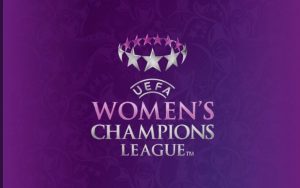 Lyon and Wolfsburg will square off for the third time in six years in a Champions League Final on Thursday, with bragging rights up for grabs having each earned one win apiece in previous showpiece meetings, reports KIERAN THEIVAM from Kyiv, Ukraine.

The match in Kyiv arguably features the two best teams in women’s club football anywhere in the world, with both squads loaded with internationals from back to front, and both completely dominating their respective domestic competitions.

Lyon are searching for their fifth Champions League title – which will be a record – and will have the added motivation of winning for a departing club legend, Camille Abily.

The former France international and record holder for the number of appearances in UEFA club competitions, will retire at the end of this season after an illustrious career.

Wolfsburg on the other hand, will be looking for revenge following defeat in the final two years ago in Reggio, Italy. In that clash Lyon won a dramatic match, which ended 1-1, in a penalty shoot out, to avenge the shock defeat they had suffered against the Germans at Chelsea’s Stamford Bridge, in 2013. That win had come courtesy of a masterful defensive display and a solitary penalty from Martina Müller.

On the defeat two years ago, Wolfsburg captain and Sweden defender Nilla Fischer said: “I remember last time that they started better than we did.

“We managed to get into the game and then it was a tight game. Both teams had some chances to score to finish the game before penalties, but no one succeeded.”

The two clubs have already won their respective leagues this season, while Wolfsburg also claimed the German Cup at the weekend thanks to a penalty shoot-out win over Bayern Munich, meaning they could claim a treble with a win in Kyiv. Lyon would be keeping their hopes of a treble alive if they were to win, as they are due to play PSG in the French Cup Final in the following week.

Both beat English opposition in the semi-finals of this season’s competition, with Lyon overcoming Manchester City for the second year in a row, and Wolfsburg beating Chelsea for a third time.

The focus will almost certainly be on forwards Ada Hegerberg of Lyon and Wolfsburg’s Pernille Harder. Both have been outstanding this season, with Hegerberg netting a record equalling 14 goals in Champions League action this season, and Harder claiming seven goals and six assists.

Despite the presence of Hegerberg, Fischer said no extra work had been done on any one player.

“She’s (Hegerberg) is a very good player, but I play against many good players in the league too.

“I think it’s the overall strength of Lyon as a team that we have to be prepared for, they have a really good attacking game.”

UEFA.com’s ‘all you need to know’

But do not ignore the other players featuring. This is a field of Galácticos and the game should throw up an entertaining spectacle in front of a crowd in Kyiv where many of the fans in the stadium may be new to women’s football.

The newly crowned BBC Women’s Footballer of the Year, Lucy Bronze, is also set to become the first English player to play in a UEFA Women’s Champions League Final, and the first in a European final since Arsenal won the UEFA Women’s Cup in 2007.

When asked about Bronze in Lyon’s pre-match press conference, her club captain Wendie Renard said: “She deserves that prize and she has got a lot of quality.

“We are really happy to have her with us in Lyon, she is a real plus in our team and is a very strong player.

“She is very humble, very hard working, and it is a delight to have her play in our group. I hope together we can celebrate a new trophy tomorrow.”

Should Lyon triumph, they will become the first club to win three titles in a row – male or female. For Wolfsburg, it would be their third this decade. It’s sure to be a close one.