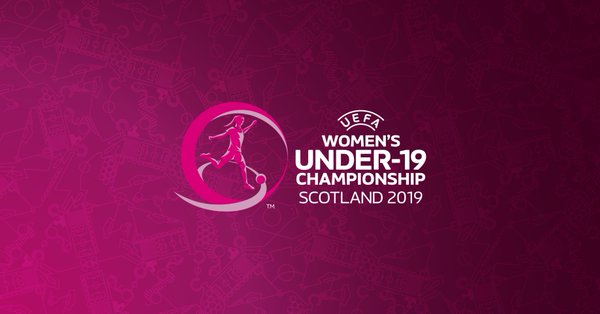 Drawn alongside the Netherlands, Norway and five-time champions France, a top-two finish in the group would secure a semi-final berth for Hamill’s side, alongside a spot at next year’s FIFA Women’s U-20 World Cup.

Hamill told scottishfa.co.uk: “Preparations have gone well and we’ve got a young group of players desperate to do well on the big stage.

“We’re in a tough group but it’s a challenge I know the players will relish.

“The players can’t wait to play in front of a loud home crowd and hopefully the country gets behind us, like they did for the ‘A’ squad’s World Cup debut in France.”

Megan Reilly turns away from Spain’s Paula Fenandez (irishfa.com) A record crowd for a women’s international in Northern Ireland of 4,289 saw the hosts go down to a 2-0 defeat against Spain, who have […]

#WU19EURO : Germany and Spain win through to final

Spain made it an amazing fifth straight UEFA Women’s U-19 Championship final after defeating Denmark 1-0, while six-time winners Germany were 2-0 victors over Norway. It took a 68th-minute Teresa Abilleira Dueñas effort from distance […]

Scotland and Northern Ireland to play at Pinatar Women’s Cup

Scotland and Northern Ireland will join Iceland and Ukraine in the Pinatar Cup in March as preparation for their Women’s EURO 2021 qualifiers. The Irish kick-off the tournament in Murcia (Spain) against Iceland on 4 […]