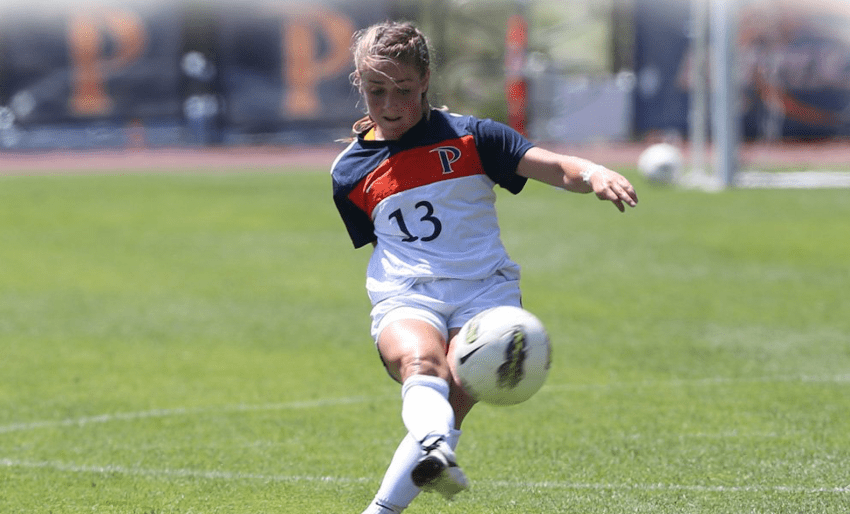 “I’m not going to sugar-coat it. I cried tears of joy when I signed with West Ham,” Visalli told whufc.com. “This is truly a dream come true.

“To say I am excited would be an understatement. I can’t believe that I’m now going to be able to do what I love – play football – for a living, and to do it with West Ham is going to be incredible.”

Visalli was picked by Chicago during the 2018 NWSL College Draft, after scoring 26 goals and registering 15 assists in 83 matches for Pepperdine University. She also won the West Coast Conference Player of the Year award.

Hammers’ General Manager Karen Ray is delighted to welcome Visalli to West Ham and is eager to see what the midfielder will bring to head coach Matt Beard’s side.

Ray said: “Brianna brings something different to not only West Ham but to the WSL. There is no denying that the NWSL boasts some of the most talented and exciting players in women’s football, so Brianna will bring those experiences.

“Matt Beard and I have watched her play diligently; she likes to run at players and her athleticism and hunger in the final third will most certainly befit the players we are bringing in around her.”

Visalli is excited to make the move into full-time football, having worked three jobs during her time with Chicago to support herself while pursuing her dream of becoming a professional player.

“It is very nice to transition away from part-time to full-time professional,” Visalli continued. “These past four months, I had to pick up three side jobs to support myself while I trained alongside the first team for the Chicago Red Stars.

“It was definitely a grind, but it reminded me of how hungry and passionate I am to play professionally, and I’m thrilled West Ham has given me that opportunity.”

West Ham United have signed centre-half Chenise Austin from FAWPL Southern Division rivals Swindon Town. Austin (24) was voted Player of the Match by her opponents 8 times in 22 league appearances, despite her Swindon side […]

West Ham United have confirmed the signing of Netherlands international midfielder Tessel Middag. She follows Jane Ross to the Hammers from Manchester City, where her two-year spell was hit by a long-term injury. “Signing someone […]

West Ham came safely through their goodmove.co.uk Cup tie at Worthing last night, to set up a quarter-final trip to Margate. The invitational competition run by the Isthmian League had paired the south coast side […]