There were very different emotions on display after the full-time whistle had gone in Glasgow City’s Champions League decider with Servette FCC at Broadwood Stadium reports CATHERINE ETOE. 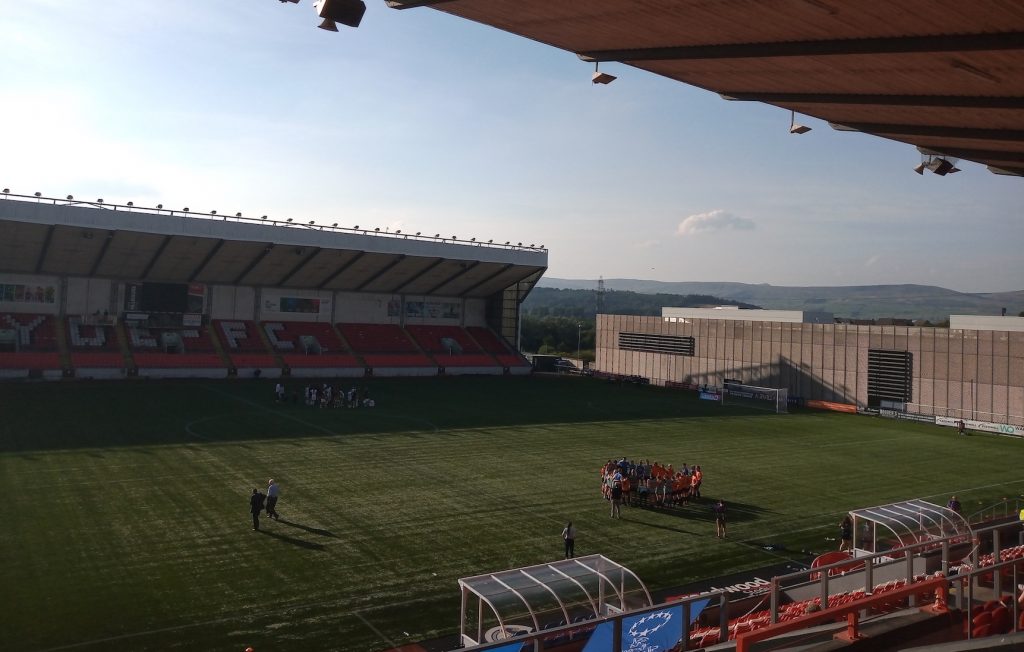 Eric Severac’s side were dancing and singing with arms aloft, the players relishing a historic moment in their club’s history having won the second leg of the qualifying round tie 2-1 and 3-2 on aggregate.

While over on the other side of the pitch, with the applause of their fans echoing around the stands, City’s staff and players huddled together to take stock of the fact that their run in the competition was now over.

For City boss Grant Scott, it was now a case of looking ahead and the next hurdle, a trip to face rivals for the Scottish Women’s Premier League title, Celtic.

“It’s just about refocusing them, accepting the disappointment,” he said. “That’s elite sport, it happens, but we need to park it very, very quickly because there’s a big game coming up on Sunday.”

Some pretty big Champions League matches are now to come for Servette, much to the delight of former Rangers defender Daina Bourma. “We are buzzing,” she said. “We can’t wait to get to the group and play with the best teams in Europe.”

The chance to make that group stage proper had been completely in the air ahead of kick-off, the tie delicately poised after Clare Shine’s wondergoal had cancelled out former Bristol City forward Jade Boho Sayo’s effort at the Stade de Geneve the previous week.

But on a boiling hot day in Cumbernauld, City let their early dominance slip away and could find no answer against a side that clinically dealt with everything they threw at them as the clock ticked down.

Priscilla Chinchilla had given the home team the upper hand 14 minutes in, beating Ines Pereira in the Servette goal after Lee Alexander and Niamh Farrelly had combined to set the lively forward on her way.

And an end-to-end half that belied the scorching temperatures followed. It was, however, the visitors who made the breakthrough just before the break with a goal reminiscent of Steph Houghton’s for England against Cameroon in the 2019 World Cup.

Penalised after Alexander had collected a backpass, the entire Glasgow City team stood inside the goal ready to defend Jade’s indirect free-kick from the edge of the penalty area. But the veteran striker was not to be denied and blasted her shot beyond them all and into the roof of the net.

The winner came a mere four minutes into the restart, Alexander tipping a shot from Bourma onto the crossbar only for Sandy Maendly to head home the bouncing ball from close range.

#UWCL: Ten teams qualify for Round of 32

The line-up for the UEFA Women’s Champions League Round of 32 is now complete, with the draw set for 24 November (11am UK time). Wednesday 18 November FC NSA 0-7 ZFK Spartak Subotica ŽNK Pomurje […]