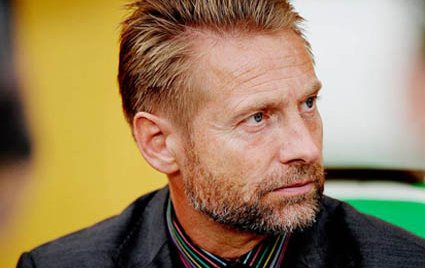 The Nigeria Football Federation has signed an agreement with Thomas Dennerby, to take the role of Head Coach of the Super Falcons, with Jorgen Petersson as his personally nominated assistant.

Petersson was assistant coach of the Sweden U-23s between 2006-2012 and scouted for the Swedes at last year’s European Championship.

“The NFF decided to go for a coach of the calibre of Thomas Dennerby for three reasons: to sustain and enhance the Super Falcons’ dominance on the African scene; to take the Falcons and the other women teams to the next level of challenging for laurels at global competitions like the Olympics and the FIFA World Cup and; to generally lay the foundation for the real development of women’s football in our country,” Shehu Dikko, NFF 2nd Vice President/Chairman of Strategy, told thenff.com.

Dikko added: “Dennerby will live in Nigeria most of the time and support the other women teams whenever he has the time. The contract is until the 2020 Olympics in Tokyo in the initial, with the right for automatic renewal subject to meeting performance milestones as agreed.”

Ghana and Nigeria qualify for U-20 World Cup

Ghana and Nigeria will represent Africa at the 2018 FIFA U-20 Women’s World Cup in France, after aggregate wins over Cameroon and South Africa respectively. Ghana were held 1-1 in their away leg of the […]

South Africa have made it through to their first ever Women’s World Cup after reaching the final of the Africa Women Cup of Nations, where they will play Nigeria. Thembi Kgatlana continued her record of […]

The draw for the Total 2018 Women’s Africa Cup of Nations was made in Accra on Sunday night, pitting reigning champions Nigeria against South Africa, Zambia and Kenya in Group B. Hosts, Ghana kick off the […]