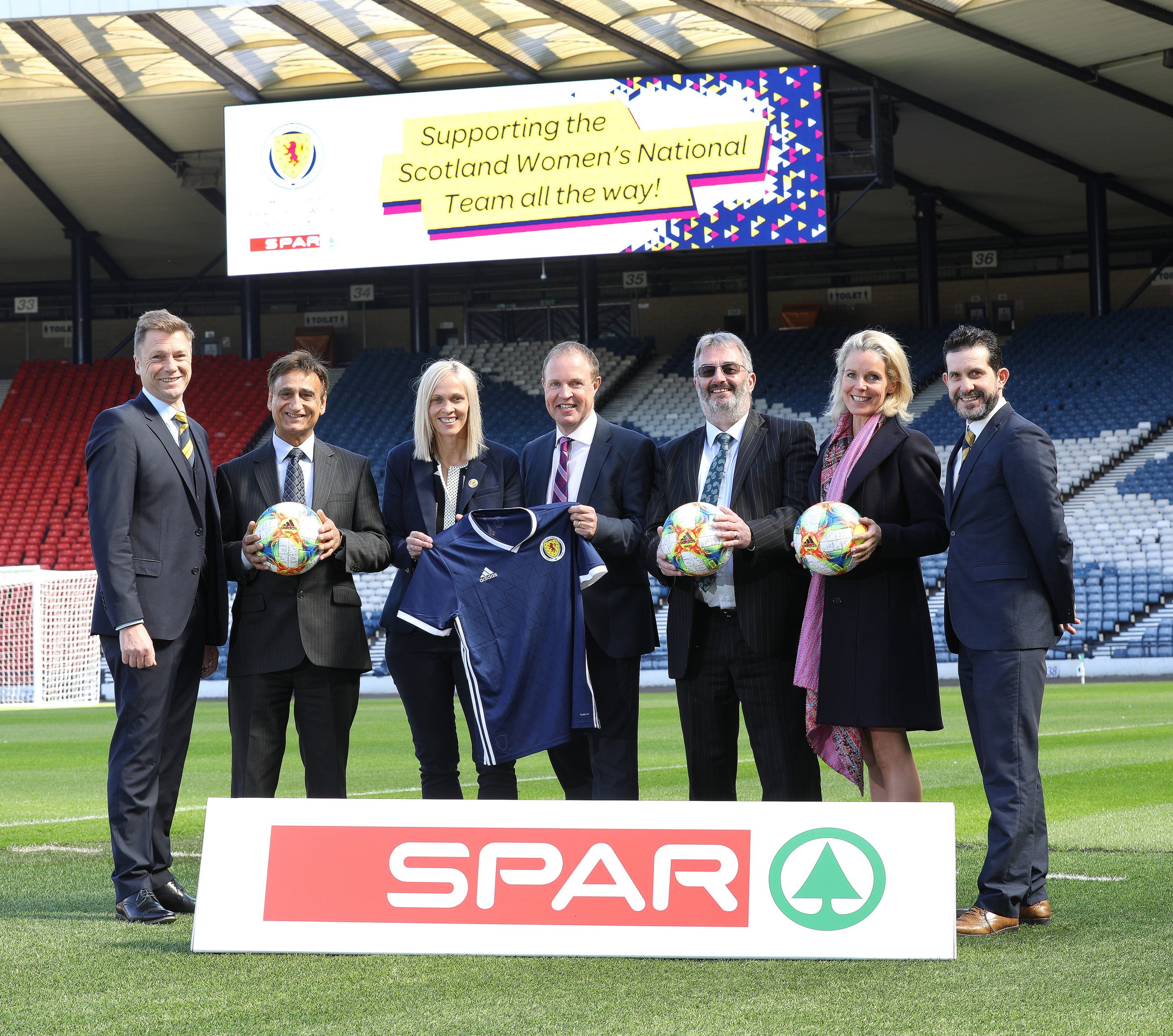 The Scottish FA has today announced SPAR as a new sponsor of the Scotland Women’s National Team.

The deal will see Scotland’s leading convenience store group partner with the SWNT during the biggest year in the history of the team, as the squad continues its preparations for their inaugural appearance at a FIFA Women’s World Cup.

Having qualified for this summer’s tournament in France in dramatic fashion last September, the deal – which will run until the summer of 2020 – will support the SWNT as they look to build on the wave of momentum that has been generated over the past three years.

Head Coach Shelley Kerr herself welcomed the news at the official launch of the partnership at Hampden Park today.

“I’m delighted to welcome SPAR on board as a sponsor of the Scotland Women’s National Team,” she said.

“We’re building towards the biggest tournament in our history this summer, something for which the players and our fans alike cannot wait.

“To have the support of a company such as SPAR means so much to us – it helps us to prepare for France this summer and is a huge boost to all involved with the squad.”

Colin McLean, CEO of SPAR Scotland, said: “It is fantastic to be able to support the Scotland Women’s National Team. We are committed to encouraging them to get to the final and support them on their journey in this historic year.”

Scotland had to settle for runners-up spot in their UEFA Women’s U-17 Championship qualifying round group, a missed penalty saw Northern Ireland end last. Scotland and Italy were already both through to the Elite Round […]

Pedro Martinez Losa has been appointed Scotland Women’s Head Coach ahead of the 2023 FIFA Women’s World Cup Qualifiers. The Spaniard has signed a three-year contract with the Scottish FA and will start on 1 […]

Scotland head coach Shelley Kerr has named a squad of 23 players for the Algarve Cup, as the SWNT prepares to make its first appearance at the tournament since 2002. Included in the playing group […]