Manchester Corinthians have some major anniversaries, as it was 60 years ago they won a tournament in Venezuela and 50 years since beating Juventus to a trophy in Reims.

Winning the first ‘Torneo Internacional De Futbol Femenino’ was a major achievement and deserves to be remembered. Teams from Europe and South America, including clubs from Italy, Costa Rica and Portugal participated in the tournament and the Corinthians were treated like royalty wherever they went. Huge crowds followed their every move and a meeting with the Venezuelan president added to the prestige of the trip.

The Manchester Corinthians team was established in January 1949 by Percy Ashley and the players were predominantly teenagers or in their twenties by the time of their success in Venezuela. They’d already won a European Cup, participating as England and beating the home side Germany in the final, and raised a significant amount for charity over the years. 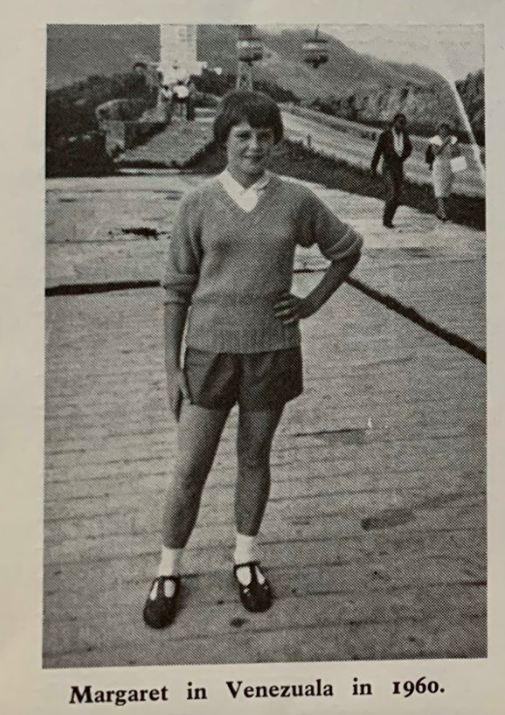 In Venezuela, crowds as high as 56,000 watched the women play while the tour, which included other South American countries, and was so popular that it was extended from six weeks to three months.

On their return to England the women felt a tremendous loss. They missed the camaraderie of their time touring together and the interest in England for women’s football was somewhat disappointing.

Margaret Whitworth, who was 14 when she went on the tour, remembers: ‘We’d meet up and not really know what to do. In South America the crowds, noise and spectacle of football was a different world from the places we played in England. We wanted to get back out there.’

Similar thoughts and frustrations were felt a decade later when the Corinthians won another prestigious tournament at Reims in France – the 50th anniversary of this is in July. The competition involved teams from Italy, France, Czechoslovakia and England, with Juventus being the Italian representatives. Both Corinthians and Juventus progressed to the final at Stade de Reims, which the Manchester side won 1-0 with a goal from Linda Hallam.

Defeating Juventus was a significant achievement for the Corinthians. England was still some thirty years off establishing a national league, never mind a professional or semi-professional league structure, but Italy already had both professionalism and a national structure for women’s football.

Juventus had ended the 14-team 1970 Calcio Femminile Serie A in fourth place and that level of competition was something the Corinthians had no opportunity to participate in while based in England. Many of the Manchester women impressed during the tournament, with captain Margaret Whitworth one of several asked to join Juventus – a move she was unable to make at the time.

On their return both in 1970 and 1960 the Corinthians received some media focus, but opportunities to stage major international tournaments like Reims were lacking. In 1970, Corinthians’ manager Gladys Aiken challenged the support given to women’s football at home: ‘We would love to invite foreign sides to come here, but there are problems. Where would we get the backing? There is no lack of sponsors on the continent.’

The Reims tournament demonstrated the difference between some continental countries and England, where the ban on women playing on FA affiliated grounds was still in force. Gladys and her husband George Aiken continued to push for wider recognition and promote opportunities for women’s football. The FA ban would be lifted a year after the Reims tournament.

Today women’s football in England has grown significantly. None of this would have been possible without the Corinthians – and other clubs – pushing the boundaries in the fifties, sixties and seventies. The 60th anniversary of their success in South America and 50th anniversary of the Reims tournament are useful reminders of how the game has developed.

Gary James will include the story of the Manchester Corinthians in a book he intends publishing next year, on the history of female participation and involvement in football in Manchester.

In a very apt #ThrowbackThursday, Professor Jean Williams explains to us about… ‘The Power of Reunions in Women’s Football’ A confession, I have never been to a school reunion.  Or any kind of reunion for […]