Heart of Midlothian WFC’s Rachel Walkingshaw has been voted as the winner of the Scottish Building Society SWPL Player of the Month for February 2019.

The midfielder, who joined from Spartans before the new season, is the first winner of 2019 and the first Heart of Midlothian player to ever receive the award.

Walkingshaw played an instrumental role in their unbeaten start to the season. She scored a stunning long-range equaliser against Hamilton Academical, a game they eventually went on to win 2-1. They then defeated Hutchison Vale 9-0 in the first match at their new ground, Oriam, with Walkingshaw largely involved in most of the action.

Speaking from Tynecastle Stadium, she said: “I’m delighted to have won this award. As a new player to the team, I feel I’ve integrated really quickly which is largely down to the great squad and management here. It’s nice to know that my performances in the squad are being noticed.” 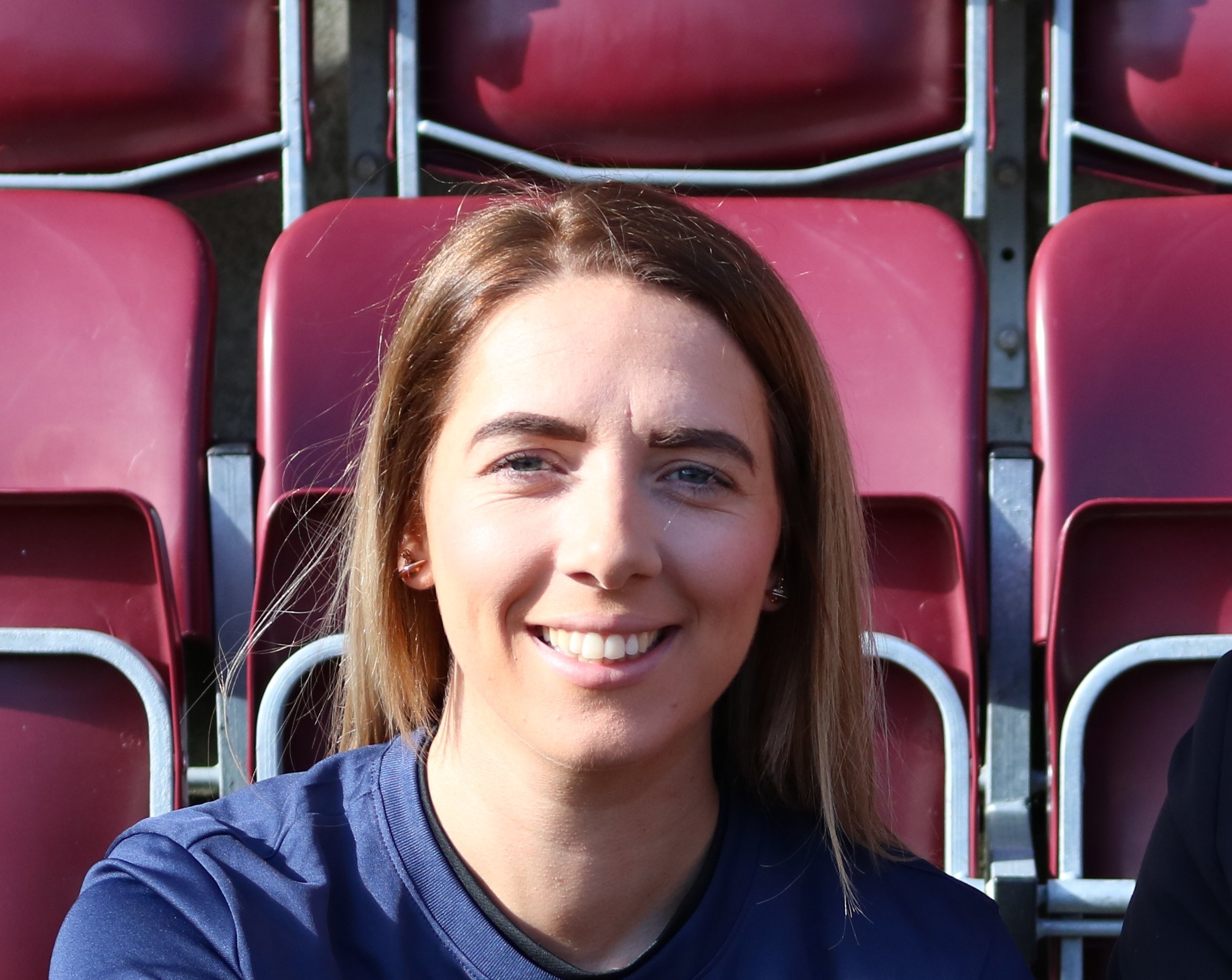 When asked about her goal against Hamilton Academical, she said: “I’m confident in my ability to shoot from distance. I got away from the opposition midfielder with a nutmeg, creating a bit of space for myself. I could see the ‘keeper off her line, so I went for it. It was nice to score such a goal and it could be quite significant come the end of the season.”

Hearts remain top of the Scottish Building Society SWPL 2 table despite suffering their first league defeat on Sunday 10th March. However, a win away to Dundee United would have moved the Edinburgh side four points clear after just three games.

“We’re obviously disappointed not to have continued our run of form and extended our lead in the table. We have to put that behind us now and focus on our main aim which is to win the league and promotion to Scottish Building Society SWPL 1.”

Alan Searl, Head of Business Transformation for Scottish Building Society, said: “A massive well done to Rachel and her team. They’ve had a great start to the season and are gunning for that title.

“Their recent performance against Hibernian, a side in the higher division, was also fantastic. Despite losing 1-0, it shows that the quality of the league continues to develop in both Scottish Building Society SWPL 1 & 2.”

Alan added: “This was the first award of the year and as ever, all the nominees deserved to be put forward for their performances. It’s a shame only one player can win but I’m sure we’ll see much more of all four players and their teammates during the rest of the season.”

Forfar Farmington have bolstered their squad with new signings in 2020 and among that number is Icelandic midfielder Magdalena Olafsdottir, writes CATHERINE ETOE. The 19-year-old, who combined her work in a kindergarten with her football back […]

Bayley Hutchison of Aberdeen FC Women has been voted as the winner of the Scottish Building Society SWPL Player of the Month for October 2020. She previously won the award two years ago, picking up […]