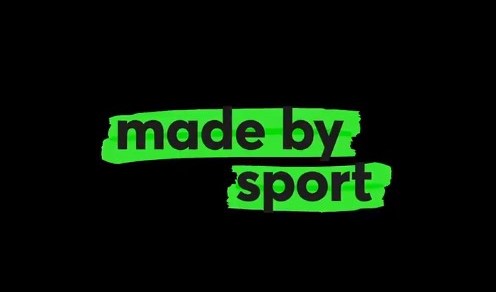 Made by Sport wants to hear how your grassroots club supports the local community and why it deserves to win share of £15,000 prize

Made by Sport has launched a “Clubs in Crisis” competition that is asking sports organisations across the UK to share stories about the issues the pandemic has created in their communities and the impact it has had on the club’s ability to continue supporting young people. Three Clubs will be selected to win £5,000 each  to help them cover the costs of lockdown and to help ensure they can open their doors again.

Stories can simply be uploaded online and tagged #ClubsinCrisis and the aim is then to create a large body of compelling evidence via local stories that grassroots sports clubs deserve financial support.

The charity believes that some of the toughest issues facing communities can be tackled using sport. That’s why it campaigns and fundraises to support sports clubs and groups that change lives through sport, of which there are well over 150,000 up and down the country.

These clubs are often people’s easiest way to access sport and they have an immensely positive impact not just on the lives of those that attend but also on the communities in which they exist.

A report published by Sport England and Sheffield Hallam University in September showed that every £1 spent on community sport and physical activity generates nearly £4 for the English economy. This is an annual contribution of more than £85bn a year, with a social value of more than £72bn a year, measured by physical and mental health and wellbeing, individual and community development.

However, the pandemic means that many of these clubs are struggling to survive.

Original research by Newton for Made by Sport has revealed that over 40% of these clubs were either in deficit or just breaking even before the pandemic, operating on less than £10k per annum with 50% led by volunteers. the impact of covid-19 and the lockdowns mean that 25% of community clubs may not be able to open their doors again.

The social impacts of this problem are exacerbated by the fact that over half of the clubs most at risk are in the most deprived areas of the UK. These are areas where they are needed most and over two million young people will be impacted, in what has already been a very difficult year for these communities.

Justin King, Chairman, Made by Sport: “The impact of closing sports centres and clubs up and down the country must not be underestimated. Whether it is the long term prospects of the clubs themselves or the physical and mental decline of those that can no longer play the sport they love, they play a crucial role up and down the country. We tend not to think about the combined value of these clubs but the sheer scale of them shows how valuable they are: they are in every single town and village across the UK. We need them.  They deliver far more than just ‘sport’”

That is why Made by Sport is launching its #ClubsinCrisis competition and is offering £15,000 to be split equally between three clubs. Also on offer will be advice on how to secure more funding and Made by Sport will send its content team to capture each clubs’ story.

King added: “We hope this competition shines a light both on the brilliant clubs up and down the UK that mean so much to so many but also the struggles they are currently facing and why they need further support.”

Made by Sport wants to support the clubs and groups that need it most. In order to do so, they need to hear from the clubs themselves. Made by Sport is asking members and representatives of sports clubs up and down the country to submit a two-minute video on social media explaining why their club needs the support and why it is so valuable to the local community, with the hashtag #ClubsinCrisis.