Heraf, who has been the Technical Director of New Zealand Football since April, will have U-20 national team coach Gareth Turnbull as his assistant. 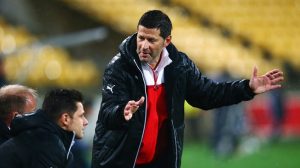 The 50-year-old Heraf (who was a professional player in his native Austria) replaces Tony Readings who resigned in September, and brings huge experience to the role boasting both a UEFA Pro Licence and UEFA Elite Youth Licence.

Heraf coached New Zealand during their recent tour of Thailand, which included a 5-0 win for the nation’s largest win against non-Oceania opposition since 1993.

“I believe this team has the potential to perform well on the world stage,” said Heraf.

“Over the next two years, the goal for the team is qualifying for the Round of 16 at the FIFA World Cup in France.

“We have seen the Ferns beat some of the best teams in the world in friendlies and the challenge for 2019 is to be able to do that at a pinnacle event.”

The OFC Nations Cup, which doubles as France 2019 qualifiers, is scheduled to be played in November 2018.

And check out this fine head of hair from Heraf’s Rapid Vienna years (this from 1996)! ? 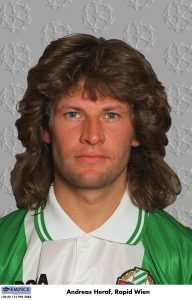