Blackburn Rovers and Charlton Athletic could seal their places in the FA WPL Championship Play Off (at Sheffield United FC on 27 May), while Hull City can secure the Northern Division 1 title.

Blackburn will take the Northern title with three games to spare if they win at Nottingham Forest and Middlesbrough fail to beat Leicester City Women, while Guiseley will be out of the drop zone if they avoid defeat against Fylde. 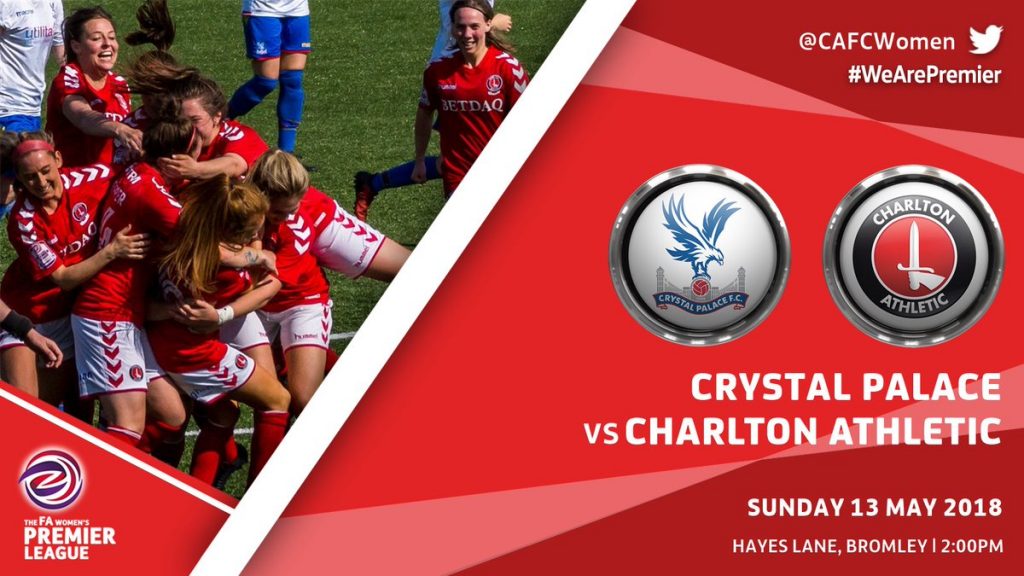 Charlton will effectively win the Southern Division with only a draw at local rivals Crystal Palace, third-placed C & K Basildon (who have a much lower goal-difference than the Addicks) are at Chichester. Coventry welcome Gillingham to Daventry, Lewes host Cardiff who are almost safe and Portsmouth play eleventh-placed QPR at Fratton Park.

Midlands Division 1 winners Loughborough Foxes have Sporting Khalsa, TNS take on Sheffield United with a 3pm start at Four Crosses FC where both sides continue their pursuit of the runners-up spot. Third-placed Burton are home to Solihull and Radcliffe in fifth play Steel City.

A win for Hull will send them up from Northern Division 1 but visitors Mossley need the points to escape the bottom two, while the teams immediately below and above them – Barnsley and Leeds – clash in a relegation ‘six pointer’.  Brighouse – the last side able to catch the leaders – entertain Crewe and Newcastle go up against Bolton.

Southampton WFC’s unbeaten run was crushed at Plymouth last week and the top two now meet again, with a 3pm kick off at Alton. Third plays fourth with Keynsham vesus Southampton Saints, while Brislington have home advantage over a Larkhall side they beat 3-1 away in midweek.