Maz Gauntlett got both goals for Wolves including a second-half winner, Derby are the only side who can mathematically catch them now following the Rams’ victory at Fylde. Roisin Kivel scored two goals in as many minutes as Stoke beat Looughborough 4-2 and leapfrogged them in the table and the battle to stay up. 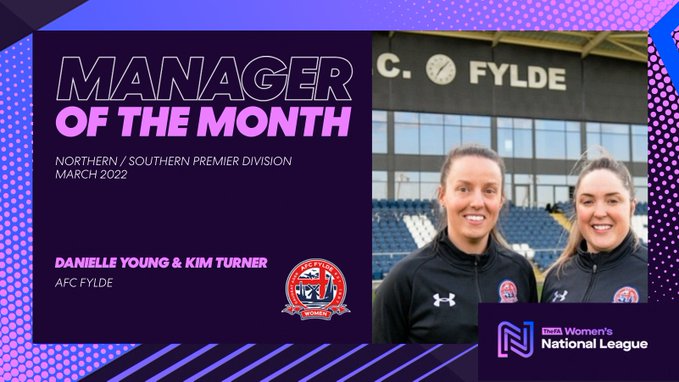 Southampton came from behind in the second half to win 2-1 at leaders Ipswich to sit just one point behind them, with two games still in hand. Lucia Kendall levelled and Ella Pusey came off the bench to win it. Oxford United netted nine against Keynsham, aided by a Carly Johns hat-trick, in continuing their title chase. MK Dons pulled off a 3-0 win over Portsmouth at Fratton Park to get out of the relegation zone at the expense of Cardiff, Plymouth are only goal-difference better off following a 4-3 defeat by Crawley, whose Rachel Palmer got the decider with a free kick.

Doncaster maintained hopes of the title but only with a 3-2 scoreline against relegated Bedworth at the Eco-Power Stadium, where Jasmine Saxton scored twice for the Belles. Peterborough substitute Stacey McConville bagged a four-minute brace in Posh’s 5-0 win at Wem. 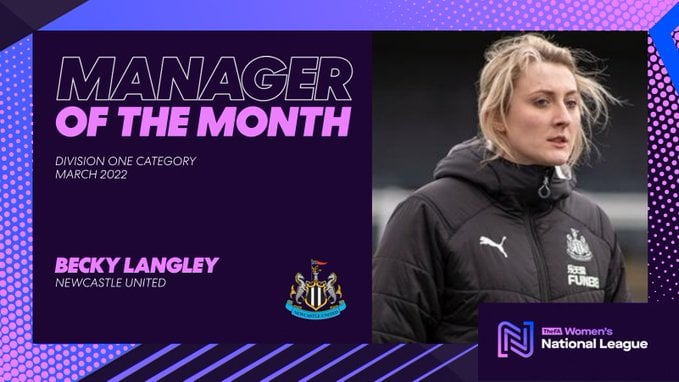 Liverpool Feds held leaders Newcastle United 1-1 to stay four points behind them but with two games in hand. Barnsley picked up a fine 3-0 result at fourth-place Durham Cestria, to get out of the drop zone on goal-difference as FC United slipped in.

Hashtag United completed their fixtures with a singe-goal success at Enfield, leaving Billericay – 4-1 winners over QPR – needing to win their last two games to catch them at the top. Norwich won at Cambridge City to climb out of the relegation places and go level on points with them, Enfield and Stevenage will both go down of they fail to win their final games.

Cheltenham ended Exeter’s title hopes by beating them 3-1 and will win promotion themselves ahead of AFC Bournemouth, should they beat Chesham next time out. Southampton Women won 3-1 at Chesham but now only have mathematical hopes of finishing top.

West Bromwich Albion host title-chasing Derby County at the Hawthorns in Sunday’s FA Women’s National League programme. The Baggies go into the big game on the back of a 1-0 defeat to Nottingham Forest in […]

Wolves Women’s Jade Cross is stepping into the new season on the verge of a huge personal landmark – but the prolific striker is refusing to think about it, writes TONY LEIGHTON. Wolverhampton born and […]