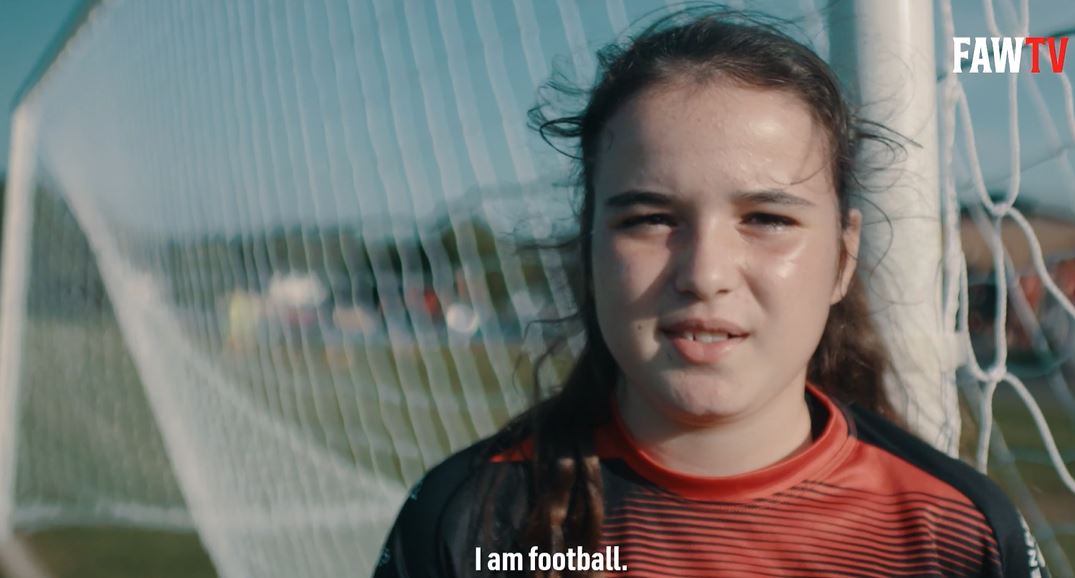 In June 2021, Martha was announced as the English-language winner of the exclusive FAW and Literature Wales Cymru Euro 2020 Poetry Competition, which invited the children of Wales to submit poems on the theme of identity for a chance to win a host of prizes. The competition attracted 495 entries, but it was Martha’s poem titled, ‘Identity – a poem of two halves’ which was awarded by the illustrious judging panel.

On why it was important for her to write this poem, Eleven-year-old Martha said: “The poem is about me and my own football experience. When I started playing football there was a lot of resistance in my school yard and boys would tell me I couldn’t join in, and I had to play on my own. Now I play for Pontarddulais, in both the girls and mixed teams, and the club is growing in numbers, especially with girls.”

“I love football but there is still this idea by many that it is a sport for boys and that girls can’t play. My poem reflects how I feel and how important I think it is for girls to have good role models that are seen and valued and recognised for their sporting achievements rather than their gender. I hope other girls like me, who love playing football, will identify with me and with my poem. We are the
future of football, and it is up to us to speak up and make a change.”

Wales Manager, Gemma Grainger said: “The players and I are still in awe of Martha’s poem which so perfectly captures some of the struggles faced in the women’s game, yet also shows the power of women and girls in football.”

‘For Her’ has been a key theme internally on our Cymru camp, working with my Cymru staff and players to emphasise that what we do now, is all for the future generation. Hearing from young girls like Martha on how they look up to our Cymru squad and know that as young girls they are the future of football, is the perfect motivation for us in our upcoming campaign.”

Lleucu Siencyn, Chief Executive of Literature Wales said: “At Literature Wales we firmly believe that literature has the power to transform lives. It is a wonderful tool for young people to express themselves, and feel empowered to share their anxieties and hopes. Martha does this beautifully in this fantastic poem, while also becoming a role-model to future generations of players, standing shoulder to shoulder with the women who have inspired her in her footballing career.”

Cymru begin the WWCQ campaign at home to Kazakhstan at Parc y Scarlets in Llanelli, on Friday 17 September (KO 19:15). Tickets for the match are available at faw.cymru/tickets.