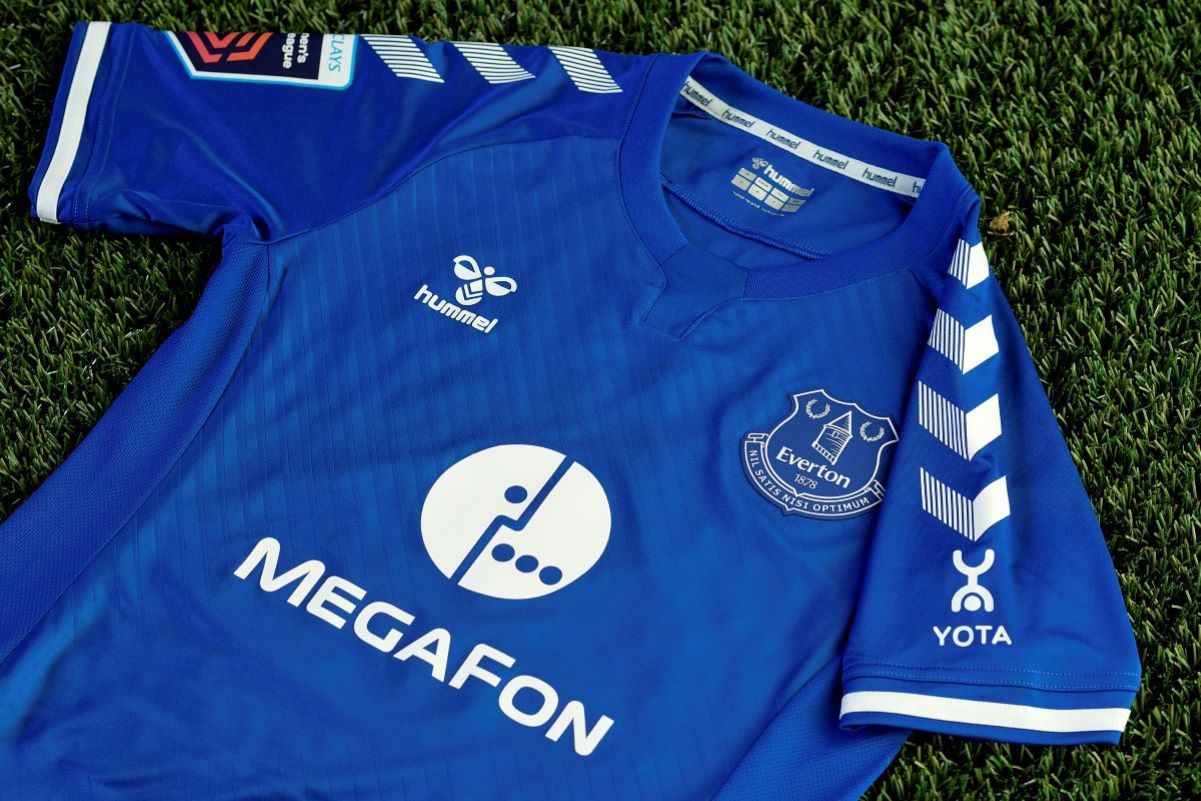 Digital and telecommunications company MegaFon has expanded their deal with the club, in what is the biggest commercial deal in Everton Women’s history. As part of the agreement, MegaFon will receive branding on the front of the team’s shirts, while mobile virtual network operator Yota – part of the MegaFon Group – will be added to the left shirt sleeve.

MegaFon currently appear on the sleeve of Everton Women’s and men’s first team training kits, after a deal signed in 2019.

Both MegaFon and Yota will make their on-shirt debuts at Wembley as the Blues take on Manchester City in the Women’s FA Cup Final on Sunday 1 November (kick-off 2.30pm GMT). The game will be screened to an international audience and will be broadcast live on BBC1 and BT Sport in the UK.

“This partnership reflects the increasing prominence of the women’s game and the exciting future for our women’s team.

“Securing exclusive commercial partnerships for Everton Women has been a key part of our vision and strategy for developing a team that challenges at the top of the Women’s Super League. We are delighted that MegaFon has seen the opportunity to join us on that exciting journey.

“This is a truly international partnership and having a company of such a scale as a principal partner demonstrates the exciting trajectory for both Everton Women and MegaFon.”

“We are delighted to further expand our agreement with Everton in what is a very exciting time for Everton Women.

“This partnership allows us to support the women’s game in England and be part of a club with huge ambition and an international reach playing in the now globally recognised WSL.”

The MegaFon and Yota brands will appear on Everton Women’s home, away and third playing kits on matchdays.

Everton Women have signed 23-year-old Danish defender Rikke Sevecke from French club FC Fleury 91 on a two-year contract. The centre-back, a full Denmark international, had more than four years with Brondby in her home […]

Everton Women have signed Leonie Maier on a two-year deal after the 28-year-old German international right-back left Arsenal. Maier told evertontv: “It was time to experience something new. I was very impressed by Everton with […]

Everton Women are to benefit from increased squad investment and a new leadership structure as the club sets its sights on challenging for major honours. As part of changes, an injection of increased resources for […]