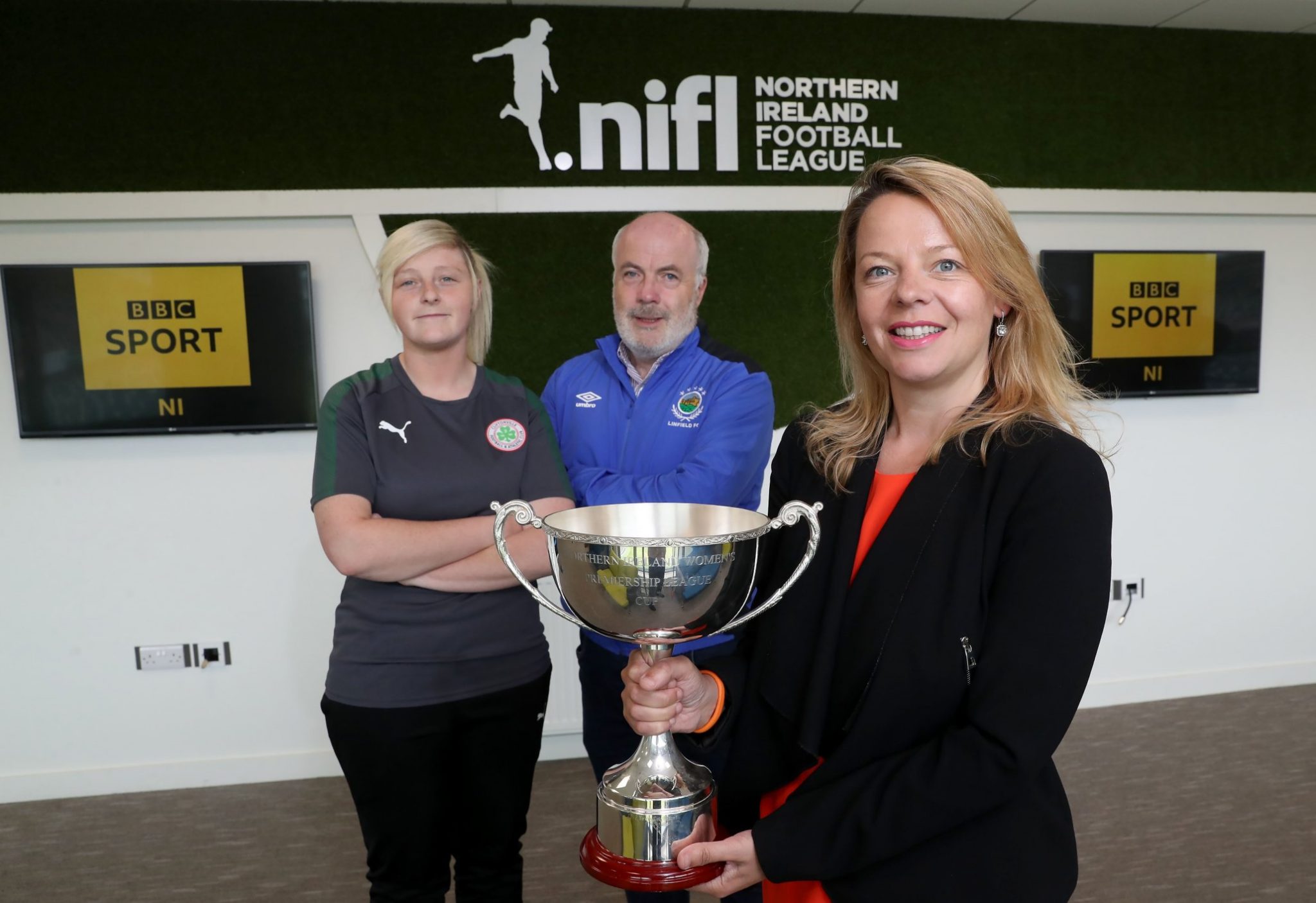 BBC Sport NI will have live coverage of the Women’s Premiership League Cup Final between Cliftonville Ladies and Linfield Ladies.

“Women’s football has been going from strength to strength in Northern Ireland and it’s great news to announce that we’ll stream the League Cup Final live on BBC Sport NI between Linfield and Cliftonville. We’ve been covering women’s football across our services but this is our first live women’s club football match in Northern Ireland. We’ve enjoyed streaming the home games for the women’s National team in their World Cup qualifiers live so we’re looking forward to this game and hope the coverage will bring the local women’s football to an even wider audience.”

“We’re delighted to work with BBC Sport NI to deliver the first domestic women’s match broadcast in Northern Ireland with our League Cup final later this month. It has been a fantastic start to our Women’s Premiership season to date and viewers can look forward to two of the top teams going head to head at Seaview so we would encourage as many fans to come out and support this landmark game.”

The game will be live on the BBC Red Button, go to bbc.co.uk/sportni or watch on the BBC Sport app.

Glentoran leapfrogged Linfield in the Danske Women’s Premiership table, beating them 4-1 to join leaders Sion Swifts on a dozen points. Glentoran took the lead in the 38th minute through Caragh Hamilton but Linfield got one […]