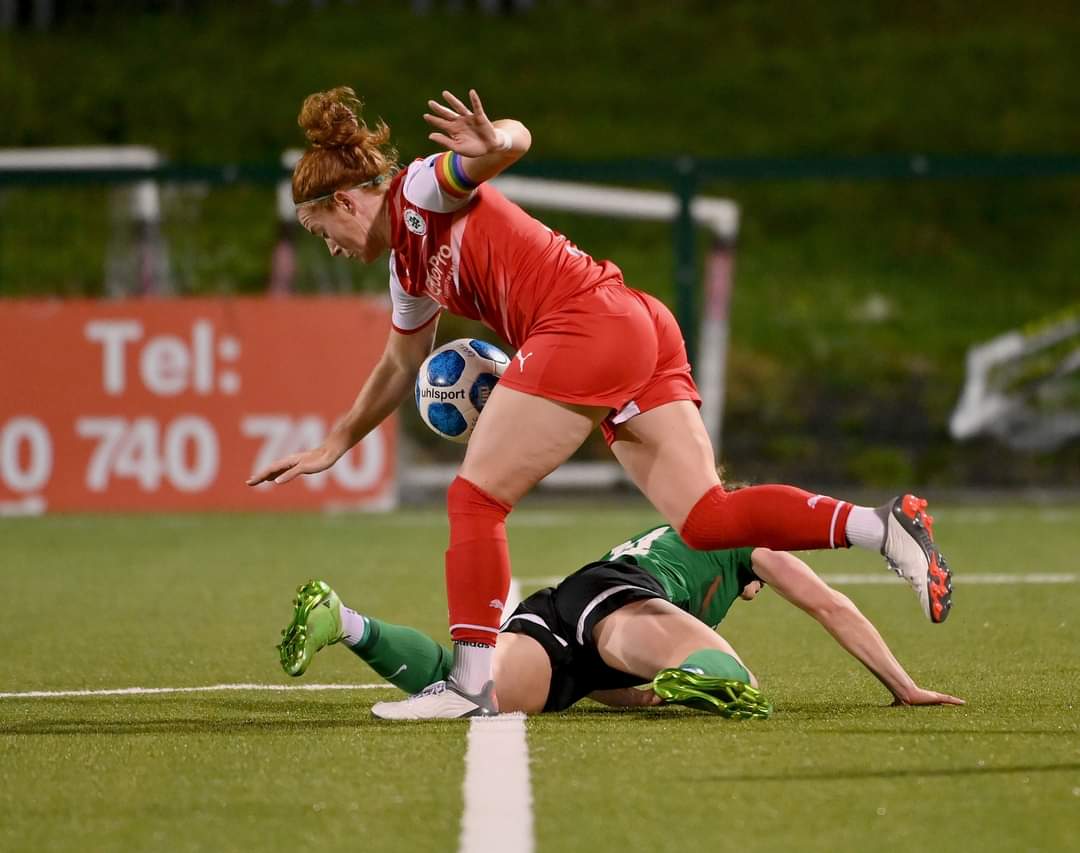 The Glens had won the last two titles but could not mathematically catch Cliftonville – who had won 15 of their previous 16 league games – going into the final round of games.

Joely Andrews gave the visitors at Solitude an early lead before Victoria Carleton – a mid-season signing from Linfield – equalised for the Reds, although Hamilton grabbed a late winner for the Glens.

The Blues finish in fourth spot, two points behind the Crues, but won the game on the night thanks to an early goal from Rhyleigh Marks.

Mid Ulster secured just their second league victory of the campaign as Eimear McGarrity netted twice in a 2-1 victory at Derry City.

The Candystripes will finish the campaign propping up the standings but did find just their third league goal of the season through Ellie Redden.

A much-changed Sion Swifts side crashed to a five-goal defeat at home to Lisburn, for whom Stacey Murdough netted a double with Morgan Shannon and Mia Bethany Rowan among the scorers.