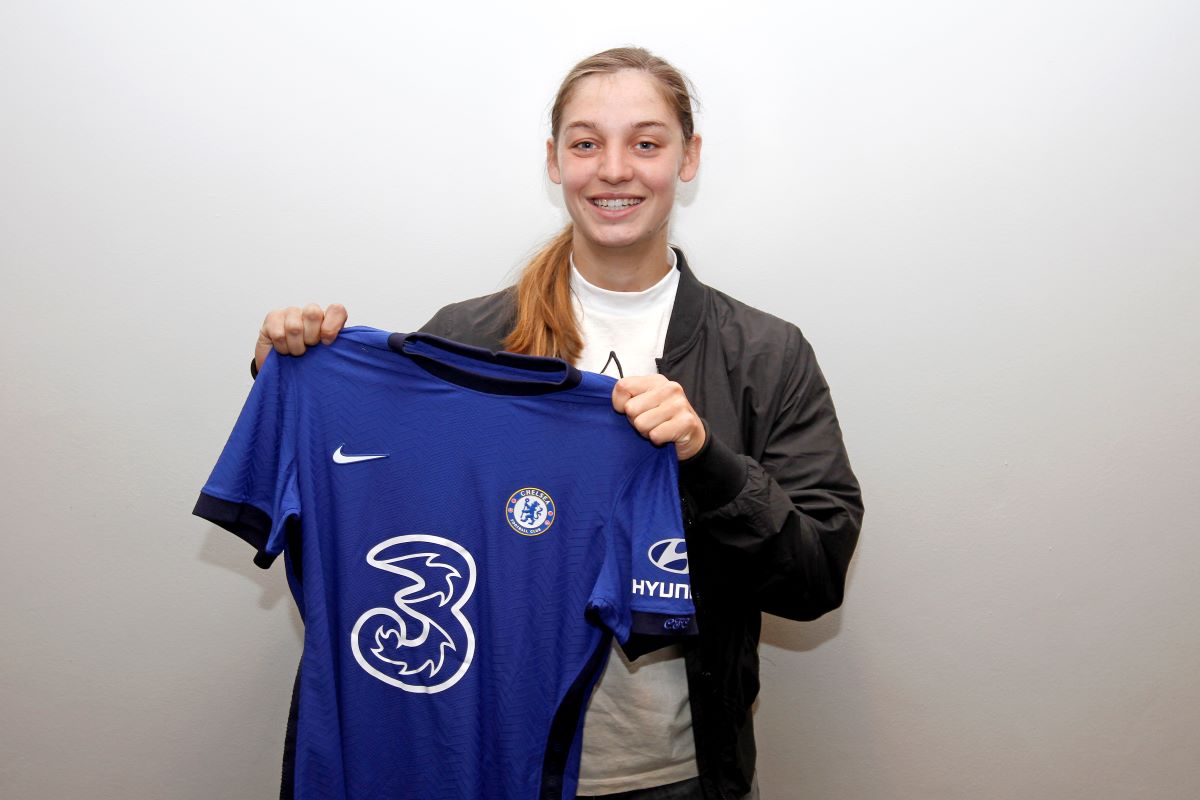 The 22-year-old, who has made over 100 appearances for the 2020/21 KNVB Women’s Cup finalists, has agreed pre-contract terms on a three-year deal with the Blues.

Nouwen made her debut for the Netherlands seniors against Poland in 2019 and has since gone on to become an integral member of the squad, making fourteen appearances for her country. She previously played at the 2018 FIFA Women’s U-20 World Cup, where the Netherlands lost out in the quarter-finals to England.

On signing for Chelsea, Nouwen said: ‘There were other clubs who were interested, but I made my decision to join Chelsea pretty fast!

‘To play in the English league has always been a dream for me as it is the best competition and it provides the best opportunity for me to develop even more. I’m very honoured and proud to become a Blue and I can’t wait to be a part of this winning team. I want to win prizes and play in the big games.

‘I’m looking forward to joining up with the team, it’s all going to be very new but I’m really excited.’

Chelsea FC Women manager Emma Hayes commented: ‘Aniek really is an exciting addition to our squad. Not only does she bring a wealth of league and international experience for her age, she is also very composed on the ball and her physicality will certainly suit the English league.

‘I have no doubt Aniek is one of the best young defenders in the world and has a very bright future ahead of her with us. We cannot wait to welcome her to Cobham this summer.’

Nouwen hopes to join the Netherlands national team in Japan this Summer at the Tokyo Olympics and will join the Blues upon her return.

Chelsea Women’s longest-serving player, Drew Spence, has signed a two-year contract extension to keep her at the club until 2022. The 27-year-old midfielder, who celebrated a decade with the Blues last year and is close […]

The 28-year-old joins from Birmingham City, where she played for two-and-a-half years. She has signed a contract with Chelsea until May 2022. Berger told chelseafc.com: ‘I’m excited. It’s something new, I’m looking forward to playing […]