The draw for the Scottish Women’s Championship Cup second round was made at Hampden Park today, following the first ever ties in the competition.

There were 6-1 victories for East Fife at Gartcairn and Westdyke at home to United Glasgow. 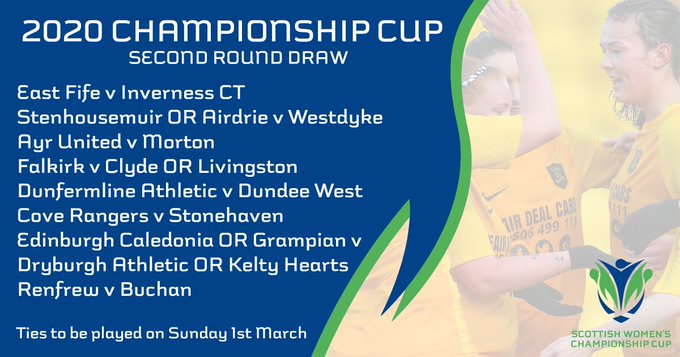 A Scottish Women’s Championship Cup seven-goal thriller saw Renfrew come out on top against Buchan in extra-time and go into the hat for the quarter-final draw. 1st Round  Kelty Hearts 0-3 Dryburgh Athletic 2nd Round […]